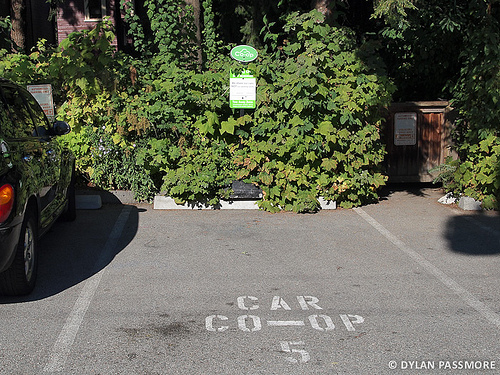 Car sharing, one of the most quickly growing forms of collaborative consumption, is often hailed as a way to enjoy access to a car when you need one, without the cost and inconvenience of owning one when you don't.

With studies showing that most personal vehicles sit idle almost 23 hours out of every day, it's no wonder that many families have actually given up vehicle ownership to take advantage of the money saving benefits of a car sharing program instead.

But a recent study by the University of California at Berkeley found that saving money isn't the only compelling reason to support car sharing initiatives.

An online survey of over 9,500 individuals living in Canada and the United States revealed that car sharing programs have the power to significantly reduce overall greenhouse gas emissions in North America.

The survey, which polled members of major car sharing organizations, found that for most car sharing members, individual greenhouse gas emissions increased because the program provided access to a personal vehicle for the first time. However, these small individual increases were outweighed by the significant number of people able to drastically reduce their emissions through car sharing.

"The number of carless households increasing their emissions is comparatively large, constituting more than half of the respondents," noted the researches. "However, the degree to which these households are increasing emissions as a result of carsharing is small on an individual basis. The overall emission reduction is driven by the remaining respondents reducing their emissions by larger amounts that compensate for increases of the majority."

So where's this impact coming from?

You can read the full study here (PDF).