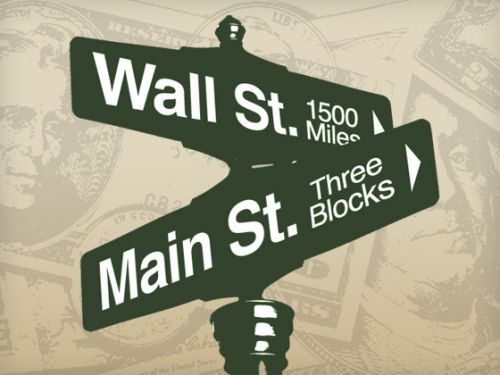 Since the financial collapse began in 2008,Wall Street bankers’ claims to being the smartest guys in the room—hard-working innovators with billion dollar ideas and the will to execute them—have been proven all too right. When it comes to stealing the accumulated wealth of the American people, no group in living memory has proven to be so ceaselessly creative, so ruthlessly efficient at turning public wealth into private cash.

It’s not just the bailouts, though they are the most obvious example. The federal government, with its revolving-door that always opens on Wall Street, has failed to prosecute any but the most brazen and stupid crimes, giving implicit criminal immunity to the banks, while regularly passing wheelbarrows of friendly legislation (not to mention national tax-receipts) their way.

But the financial innovators devised an even more direct technique for emptying the pockets of local governments. Selling “structured finance” products and “interest-rate swap” bonds, they’ve turned the nation’s vital infrastructure into a cash cow. In a fiery speech to Philadelphia City Council on October 23, Mike Krauss, director of the Public Banking Institute, denounced these Wall Street practices and offered a local solution that municipalities could take up to free themselves from these forms of fraud. 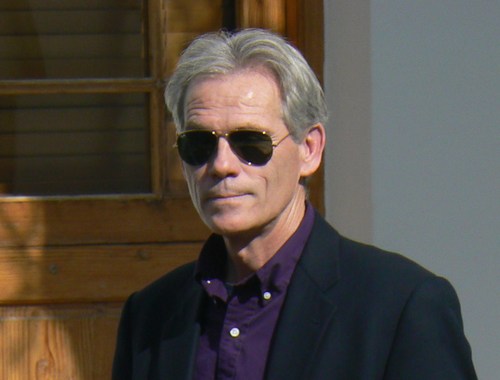 But first, a brief explanation of how it all works.

Cities and local authorities need cash to cover costs for projects large and small: building a new subway line, say, or expanding public housing. To do so, they take out a loan: which is often done by creating and selling a bond to a bank, which the bank then breaks up and sells to investors. As Krauss demonstrates in his speech, normally, a city (or transit authority, or school board, etc.) balances its short, medium, and long term bond profile to guarantee that payments are being made most efficiently with regard to interest rates.

Wall Street sold “swap” bonds on the promise to do just this, to hedge against interest rate fluctuation (something most financial managers were already doing). In these swap bonds, for a much larger upfront fee, the bank agree to pays the issuer (the city, e.g.) a changing regular amount based on current interest rates. Theoretically this will protect the issuer from a rise in interest rates: as rates rise, the fee the bank gives the issuer goes up, easing the burden of the issuer’s payments to investors.

If interest rates go down, however, the issuer starts getting much smaller payments from the bank, but is still stuck with fixed monthly payments, which they suddenly have to scramble to cover. And while traditional bonds allow refinancing, with swaps the banks have written in insanely high “termination fees” to do so — meaning that to get out of the disastrous deal, cash-strapped municipal organizations have to pay a huge amount of money- for no conceivable reason, other than that the banks put it in the small print. For a more in-depth explanation of how the scam works, see Krauss’ full speech and Tom Ferguson’s How Wall Street Hustles America’s Cities and States out of Billions.

The short of it is, Wall Street bankers end up earning billions in fees no matter whether state and municipal financial products succeed or fail. In his speech, Mike Krauss focuses on the disastrous effects this has had in Philadelphia: the city has lost $500 million dollars to these interest swap products alone. All that money goes directly from school books, firefighters, street lights, road crews, etc, into the profit margins (and executive bonus packages) of Goldman Sachs, Bank of America or JP Morgan/Chase.

What Mike Krauss is calling for is quite radical. He calls for a strategic default until the bank negotiates at better terms: a brave and difficult move for a city to perform, as it can be disastrous for its credit rating and thus ability to borrow money. But such a default has the distinct advantage of producing a total disconnect between local government and Wall Street, not to mention keeping all the money Wall Street hopes to suck out of Philadelphia’s infrastructure.

To solve the problem of having no banks to trust or turn to, the crux of Krauss’ argument, and most radical of all, is for the creation of a public bank. Krauss does a good job making the basic argument for public banks:

“A public bank will keep the taxes and other financial assets of the people of this city circulating in the city, by leveraging them to provide the sustainable and affordable credit required in a modern economy to power locally directed economic development and jobs creation.

And a public bank can dramatically reduce public debt when it purchases municipal bonds, because whatever interest is paid on the bonds is paid to the public treasury through the public bank.

Today, there is just one public bank in the United States, the Bank of North Dakota, but it has proved so enormously successful that now twenty states and a growing number of municipalities are taking steps to embrace this model of public finance.”

It may surprise you to learn that Krauss is a Republican. But there is a growing recognition across the political divide that Wall Street can’t be trusted, and the American Right has always (at least avowedly) preferred local solutions to national ones.

Extricating a city from Wall Street’s grasp and building a new bank from scratch would be an uphill battle even in normal economic times. But as the long 2012 election has shown us, neither party in D.C has any sort of bold economic vision. As cities and states flounder to meet their budgets, we’ll see more, not fewer, solutions like Krauss’. And, hopefully, these local solutions will be able to make a big difference in the economic flourishing of the communities they support.