Can Participatory Mapping Save the Commons? - Shareable
Skip to content 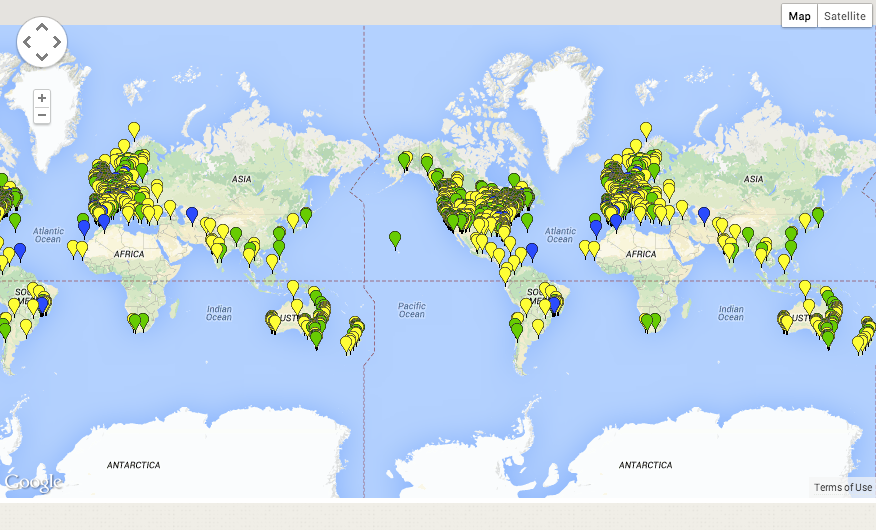 Never before, not when Ortelius began collecting the images of the New World in his Antwerp workshop, not during the explosion of maps for railway tourists in the nineteenth century, did so many maps fly around the world so quickly. Mapping once was an arcane art, the practice of a few trained business or government data analysts; now we have a virtual cottage industry of map-makers.

Imagine if Twitter were to digest for you the range of agreement, disagreement, and mood of your friends. By pre-digesting information — self-synthesizing, if you will — modern maps have been able to foreshadow coming revolutions in information. Unlike the web tools of the early 2000s – chat rooms, forums, wikis, blogs, and podcasts – crowd-sourced maps actually analyze the data given to them, sorting social information into patterns of local, regional, and global patterns. The maps do not merely collect information, as a “memory hole” like Wikileaks does; rather, the maps show the community back to itself, revealing hot-spots of local corruption and pollution, giving activists the tools to target particular places with investigation or protest.

These maps are also new in another respect: they tend to foreground sites of potential community resources. A quick look around the web reveals a string of public mapping projects that has been used to identify sites for essentially restoring the commons. The Fallen Fruit Tree Maps directs pedestrians around the world to public fruit trees growing along their daily commutes. In New York City, Boston, and San Francisco, groups affiliated with Occupy have mapped the public spaces on private lands created by tax breaks over the last few decades, which include among them Zucotti Park where Occupy Wall Street camped. Maps of Community Land Trusts, Cooperatives, and other commons have already documented the virtual world of the commons. Worker Cooperatives are mapped across the U.S., too. Several coordinating networks — Open Green Map, the Global Transition to a New Economy, the Transition Network, and Shareable — aggregate local sustainable initiatives into a map of sustainable initiatives around the world. Assembled, these maps put together a picture of parallel political processes in the make together with the natural resources, institutions, and individuals the movement has at its disposal.

Activists have been busy mapping infringements of the commons. The nonprofit Skytruth has aggregated incidents of fracking, dumping, and flooding in North America. The Local Environmental Observer group in Alaska gathers reports of arctic pollution and other environmental incidents. History suggests that watchdog maps such as these – documenting where the commons is threatened – may be the most important of all. In India and the US, maps demonstrating a geographical pattern of disease or pollution have time and again resulted in court rulings against a polluter, tipping control over the commons back into the hands of the people.

That maps work so well to allocate resources for the community is no accident. As I outline elsewhere, crowdsourced maps didn't originate with the Internet; in India and among native peoples' movements in Canada, participatory mapping has been going on since the late 1970s. This flies in the face of the traditional logic of the map — maps were originally disseminated across the world in the seventeenth century as a tool of privatization, in the "I-mapped-this-so-now-I-own-it" logic of Lockean property law exercised by European squire-settlers traveling the globe. Conveniently, settlers typically traveled with surveyors to make the maps, along with armies to back up the documents. So, when native peoples began making their own maps of ancestral territory in the 1970s, pooling the testimony of hundreds of inhabitants to prove to courts that they were not dead and they were, still, in fact, inhabiting the places deeded to their ancestors, those maps amounted to a reversal of the logic of colonization. Private maps made private property; they were invented for that purpose. Crowdsourced maps were invented to unmake it, and have been used successfully to that end ever since.

New tools are now allowing individuals to start exploring geographical data on their own. Google's new Maps Engine allows users to overlay charts and maps, plotting data on top of maps. Projects like WikiWatershed go even further, allowing a community to aggregate national data, local data, crowd sourced data, and community input about water-run-off into a single, deeply-informative graph of the community's relationship to its watershed. 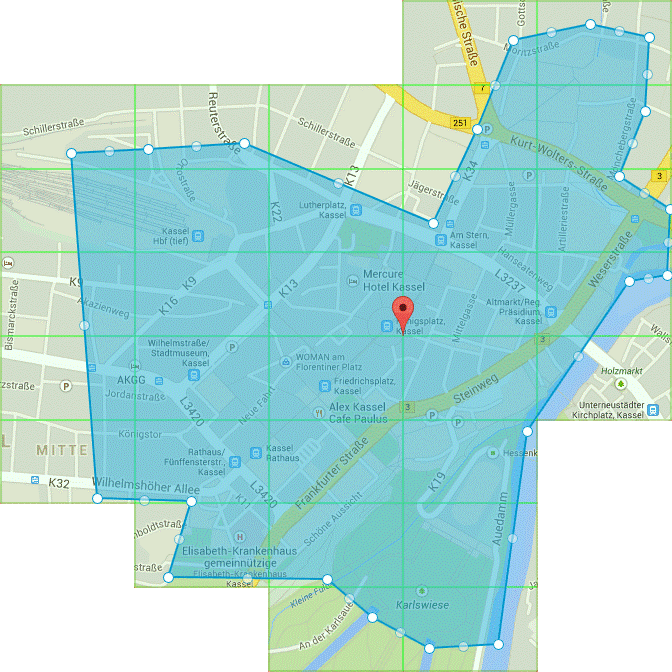 There's a massive role here for makers who want to work in support of a movement. The Italian device Everyaware turns every cell phone into an air-quality monitoring station. When they sign up to share information, citizens get back individually-tailored information about air quality in their neighborhood, their own contributions to reduction, their families', and their blocks', all designed to help them lobby local government for change.

Apps for visualizing community are needed too. Activists need to find other activists. Neighbors need other neighbors. Imagine a map that pointed those looking for cheaper rent on Craigslist to an alternative map of neighbors who were also thinking of leaving because of gentrification — a map with the potential to trigger a neighborhood-wide rent strike.

We have technologies of agitation and technologies of gentle reminders. The application Geoloqi already provides a base layer for apps that respond to data about the landscape through which the cell phone moves. My cell phone currently buzzes whenever I walk past a cultural monument named in Wikipedia. With enough data, it could learn how to buzz when it goes by a public fruit tree in season. Imagine the kinds of places we could map together: an abandoned building free for squatting, a co-op serving free meals to strangers, or the location of a secret public garden on the penthouse of a skyscraper downtown.

The punch of this movement is how well it's able to link up with questions about how we manage our collective future. Global investment patterns almost certainly have a spatial relationship to a constellation of social ills: unemployment, high rents, debts, failing infrastructure, declining public space, prisons, the privatization of water, and environmental devastation — even if that relationship is the increased consumption of champagne at addresses around Wall Street in correlation with the evaporation of water reservoirs elsewhere. Such a visualization would be a worthy alternative to the kinds of charts of GDP that neoliberal economists favor.

Technologies for shared mapping could provide movements like Occupy with a necessary, persistent, building focus to collect information all their members can agree on. As I suggest in my talk, earlier generations of radicals understood themselves to be in an ongoing battle against the privatization of land and water. By first instrumentalizing maps in the court system as a tool for battling for native sovereignty over traditional lands, they have subsequently been able to protect the rights of squatters and secure access to water by poor farmers in the developing world. Wherever battles for the commons take the form of a war for access to particular spaces, maps can help,whether activists are striking against high rents in the city, or protecting rivers from pollution.

Most of all, we need tools to point us, collectively, to where the commons remains around us still. Fruit tree maps and maps of private spaces passively wait to tell us where the treasures of the commons lie hidden around us in plain view all the time. If no one points to the commons, how shall we occupy it? If no one occupies it, it will go unused, and thus revert to private hands. If we can use these technologies to collectively engage with the landscape, we will have a platform to manage it in a truly democratic fashion.

I am an assistant professor of history at Brown University.  Born in Dallas, Texas, I received my AB from Harvard University, and then studied at Trinity College, Cambridge before completing my PhD in History at the University of

I am an assistant professor of history at Brown University.  Born in Dallas, Texas, I received my AB from Harvard University, and then studied at Trinity College, Cambridge before completing my PhD in History at the University of California, Berkeley, after which I continued on to postdocs at the University of Chicago and the Harvard Society of Fellows.

I specialize in the history of capitalism, land use, and the design of computational tools for visualizing large numbers of texts, for instance, Paper Machines, released in 2012-3 with the collaboration of Christopher Johnson-Roberson.