Can Non-Profits Save California's State Parks? - Shareable
Skip to content 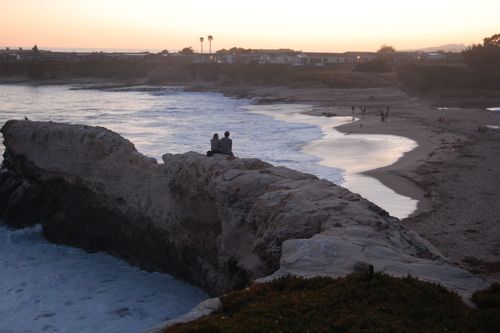 In 1864, Abraham Lincoln signed a bill which granted Yosemite Valley and Mariposa Grove to the State of California “for public use, resort and recreation.” Though Yosemite later became a national park, the precedent for state-operated parks in California was set and in 1902 the California State Park system was established. Today, the system numbers 278 parks and lures visitors from around the world with its beaches, forests, historic landmarks, reserves, recreation areas, and museums.

But the parks are in trouble. Financial housekeeping, aimed at reducing the $25 billion state deficit, has led to sweeping cuts to the general fund, including a $22 million cut over the next two years to state parks. Backed into a corner, officials made the tough decision to close 70 parks.

“Nobody wants these parks to close, including members of the Legislature of both parties and the governor,” says deputy director of communications for California State Parks, Roy Stearns. “But we’ve been traveling in a reduced budget area for years,” he adds, noting that their budget has dropped 43% the last 6 years from $175 million for 2006-2007 to $99 million for 2012-2013.

“That gets us to the point where we can’t afford to operate all parks within the system,” he continues. “We have to be honest with California about the fact that we have a deficit that is getting worse and worse and worse.”

With no money to give, but a desire to keep parks open, a bit of fancy footwork is happening among legislators. Assembly Bill 42 (Huffman), which recently passed the State Assembly and is now before the State Senate, opens up the channels for non-profits to take over operations of parks, which is a new twist on a model that is already successfully in place.

“There already are two examples [of non-profits that run state parks],” says Elizabeth Goldstein, president of the California State Parks Foundation: “the Santa Barbara Trust for Historic Preservation and the Marconi Center in Marin County.” 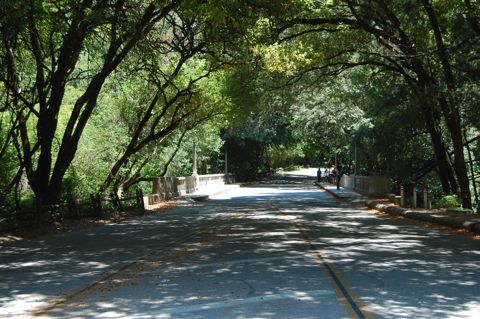 “Both of those required a long and arduous legislative process to get their statute,” she continues. “AB 42 will create a blanket agreement for non-profits to enter into operating agreements [with the state park system].”

Handing over operations to non-profits sounds like a workable, if short-term, solution. The question is whether non-profits will be able to step up and handle all of the operational details that come with running a park; from staffing, security and maintenance to restrooms, visitor centers and the like.

“Each non-profit in each place is going to have to assess whether they’re able to step up to this significant challenge,” says Goldstein. “They’ll have to evaluate whether they have the funding or can raise the funding, but the alternative is much, much worse. Parks closing would be a terrible thing.”

Some non-profits have already shown that they are capable of raising funds to keep parks open and accessible. For example, Friends of Santa Cruz State Parks raised $60,000 to keep lifeguards on three state beaches and Stewards of the Coast and Redwoods in the Russian River area recently surpassed its educational fundraising goal and is well into a campaign to organize volunteer teams and raise funds to keep its own Austin Creek State Recreation Area open.

“We have some non-profits that are excellent and do great things,” says Stearns. “Whether or not they have the people and revenue stream that can keep this up indefinitely is the question.” 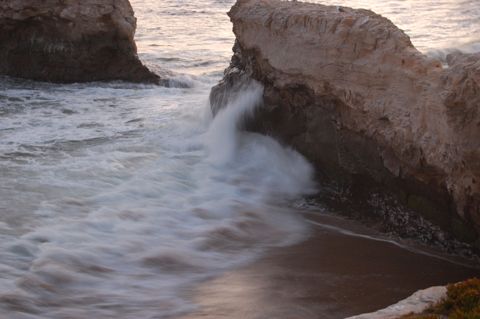 Besides having non-profits run the parks, some alternatives being presented include having cities or counties take over operations.

“We have the authority to enter into agreements with cities, counties, and special park districts,” says Stearns, “but [they’re] struggling just as the state is and it’s questionable whether they can help. If they can, we’ll sit with them and explore it.”

Another option is the privatization of parks, but neither Goldstein nor Stearns see that as a likely solution.

“We don’t see privatization as a good option at this point,” says Stearns, “mainly because we don’t see our public accepting it.”

“I think peoples’ concerns about privatization are unlikely,” says Goldstein. “Organizations that are going to step up may get some corporate support, but it’s more likely that people already involved in parks are going to be the ones to step up.”

Goldstein and Stearn both point out however, that corporations have been major contributors to state parks through projects such as post-fire, forest re-seedings, grants to maintain Southern California beaches, sponsorships and more.

“Corporations have been very generous to the state parks,” says Stearns. “Where we can make partnerships that work and don't give away the ethics of the system, we’re going to do it.”

As new and creative funding solutions are being bantered about, the question arises: Is this the beginning of the end of state-funded parks?

“We’re in this terrible moment, but ultimately, state parks should be supported with public dollars,” says Goldstein. “There are a lot of good ideas and people should do what they can, but ultimately we want government to step back in and do their job supporting important aspects of the state park system.”

Until there is a marked improvement in California’s economy however, parks and their supporters may be on their own. In 2010, Proposition 21, which would have added $18 for state parks onto vehicle licensing fees, was voted down by California voters.

“Prop 21 would have fixed us,” says Stearns. “My feeling is that it was not a vote against parks, but a vote against more vehicles licensing fees. I think if we go through [these closures], people will be more inclined to take a serious look at state parks.”

Aside from the collective psychological and emotional effect of losing our shared land, and the feeling that our parks are on slippery footing, there are some very tangible effects to park closures that will be seen and felt immediately. One is the enormous impact that the proposed closures will have on nearby towns. 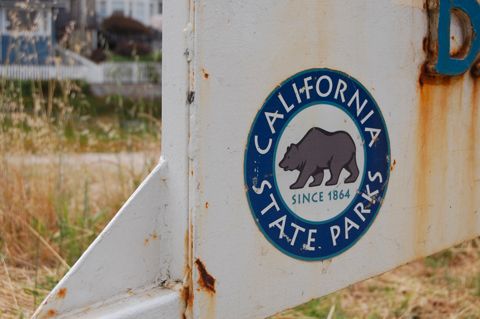 “Take a look at Mendocino,” says Goldstein. “It’s a small town whose economy is really based on the tourism industry and it has five state park closures right in its immediate boundary.”

Another concern is the well-being of the land once the parks are closed. The initial idea was that parks would be chained off, but officials soon realized that closing the parks to regular visitors would most likely increase squatting, vandalism and the like. The plan now is to keep them accessible in the hopes that sustained foot traffic will discourage illegal activity.

“If we keep the gates open, our regular visitors can help us to keep an eye on things, says Stearns.”

“We’ve never done this before and we’re going to try it out and see,” he continues. “We have millions of park supporters across the state and they're all looking for ways to help us get through this. All of them see the reality on the wall that there are no easy fixes.”

For the time being, the survival of the parks that are slated to close is hinging on the collective efforts of those who would like to see them stay open. Whether through donors, non-profits, legislative solutions or partnerships, the parks, and all that they offer, need our help.

“We Californians are blessed with one of the greatest variety of resources anywhere in the world,” says Stearns. “Tell your readers to visit a park. There’s something to be said for quality of life when you take a walk in the woods.”