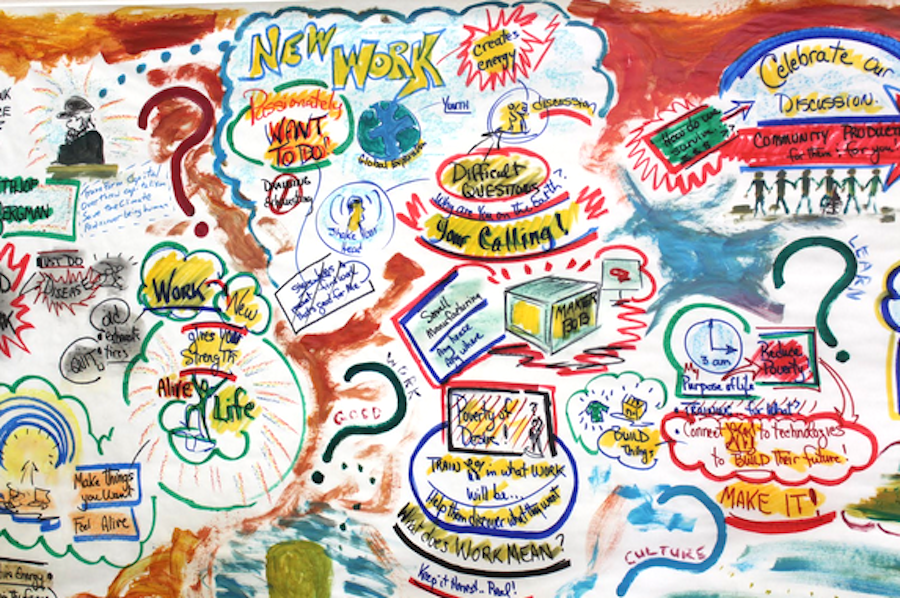 On a recent Monday morning at 9 a.m., when most of America was heading to the office, a bookish, unassuming, middle-aged man named Blair Evans gave a talk about the work he’s been doing in Detroit. Work that, if manifested in the way he and his team are planning, has the ability to profoundly change Detroit, and the world. He spoke to a crowd of around 300 people at the Reimagining Work Conference, which brought together activists, artists, entrepreneurs, writers, academics, baristas, carpenters and media-makers from around the country, and a few from Europe, all gathered to talk about the present and future of work. Specifically “New Work” as opposed to “Old Work.”

New Work can be defined as the work we really want to do, rather than work that makes us suffer. Whereas Old Work is the work people have to do, work that's experienced as a mild disease, a kind of plodding suffering.

Evans, who’s Detroit raised and M.I.T educated, has the most coherent, expansive, system-based analysis and plan for New Work I’ve come across. A master permaculturalist and scientist, and director of the Incite Focus fablab in Detroit, Evans, an African-American with a small team of predominantly people-of-color, is weaving together projects in digital fabrication, permaculture, experiential learning, and appropriate technology to help create sustainable communities.

Evans owns two large swaths of land in Detroit. On one of them, he and his team are in the early stages of building an intentional community with and for pregnant and parenting teens. The community will include net-zero residential housing units with underground greenhouses and aquaponic systems, intensive agriculture production, and a community fab-lab. 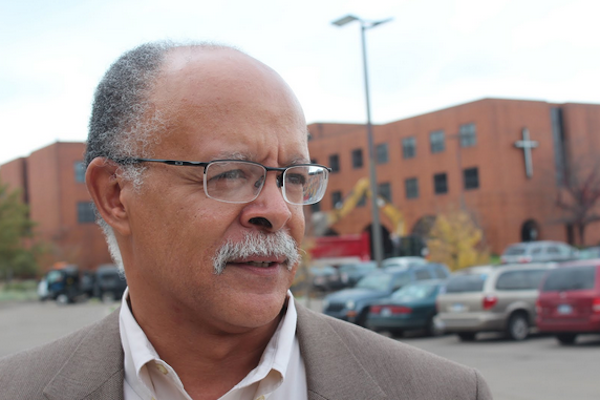 Evans straddled a fascinating line between pragmatism and utopianism, reminding the audience that many of the skills, including 3D modeling and digital fabrication, being taught at his community production lab are highly sought after in the global marketplace. If one doesn’t want to devote their life to hyper-local skill-sharing, they at least have the option to take their skills elsewhere.

Despite how one applies New Work skills, the concept of New Work is necessary because according to conference organizers at the Boggs Center to Nurture Community Leadership, the “J-O-B” system reproduces entrenched racial and global disparities; it promotes conflict rather than cooperation; it compels unequal relationships between employers and the employed; it offers too much to some and little or none to others; and it drives the insatiable destruction of precious natural resources.

While these are valid points there is also the reality of life in Detroit, where job scarcity is the norm. The city’s unofficial employment rate hovers around 50 percent and mass employment is a thing of the past. Standing in its wake are entire neighborhoods of people without a job, over 100,000 empty lots, 80,000 vacant and dilapidated houses and structures. According to German born Frithjof Bergmann, an 85-year old, grizzly-bearded, philosophy professor emeritus who has spent much of the last 30 years (mostly in Flint, MI and South Africa) theorizing and enacting New Work practices, Detroit today is the perfect space for New Work to flourish. 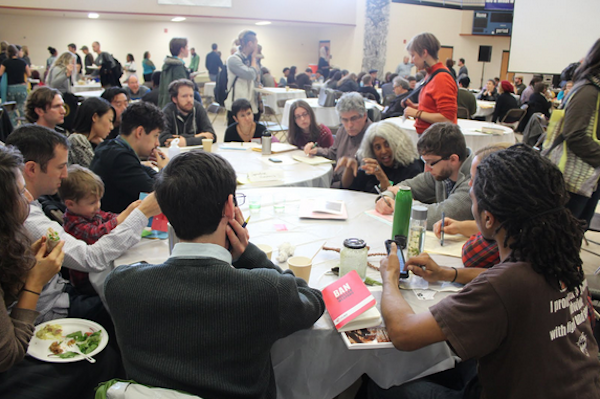 At the conference's opening session, Bergmann argued that we are not in a recession. “The definition of a recession is that it’s cyclical,” he said. “Bullshit that we are in something cyclical. We are entering a new period of history, a new age, something so different, we can't recognize it.” He continues, “We are in a transformational period. It can go very wrong or right.”

So, there might not be many jobs in Detroit, but there's lots to work to be done. Houses to build and restore, gardens to plant, clothing to be made, electricity to be generated, etc. Using 3D-printing, permaculture and low-cost construction techniques, Bergmann argues, communities have the ability to produce much of the food, clothing, housing, and electricity that jobs formerly provided the money to purchase. New Work cuts out the middle-man and enables people to produce what they and their community need, thus giving them more time to focus on the work they care about. But New Work also asks the question, how much do we really need? It’s not about reviving the middle-class American dream, but rather creating a community-based way of being.

Bergmann’s provocative, often bombastic-yet-elegant presentation prompted a series of questions throughout the weekend. How does one finance a New Work center? Where can credit unions come in? How can a B-corporation propel New Work forward? What about slow money? Crowdfunding? Health insurance?

To get a thorough sense of Bergmann’s body of thought, check out episode 83 out the excellent Partially Examined Life podcast, or this conversation inviting people into the New Work fold. 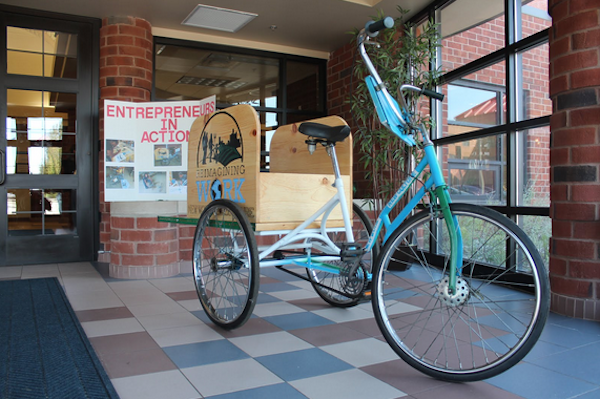 An industrial tricycle, designed by a group of Detroit high schoolers

A shift from Old Work to New Work, or “speculative jobs” to “functional work” is only beginning to emerge. But what became clear over the course of the Reimagining Work Conference, is that the current system isn’t benefiting, and certainly not fulfilling most of the people present, whether they were recently incarcerated citizens, laid-off engineers, or jobless postgraduates. Luckily for them, in Detroit and around the world, there are more and more examples of New Work manifesting everyday: urban farms, time banks, co-ops, land trusts, decentralized electricity systems, wireless mesh internet networks, fab labs, makers spaces. The conference provided a context for bringing all these practices together, and thinking about how they can shift from marginal anecdotes to a new way of being.

See what people were tweeting from the Reimagining Work Conference