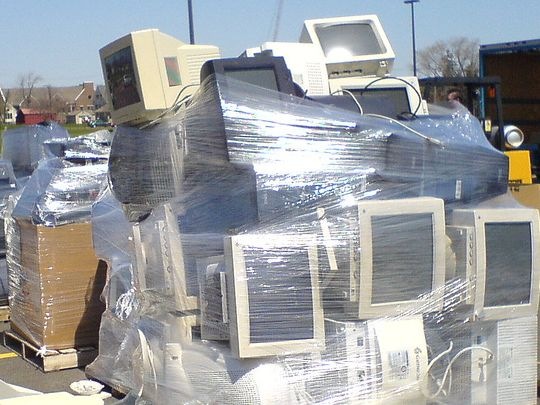 During the debate over the 2011 federal budget, contentious ideological fights dominated the news cycle. Less-covered was the slashing of the budget for government open data initiatives from $34 million to $8 million. The move is somewhat surprising, considering that the open data initiative is one of the few items in the budget that enjoys some degree of bipartisan support. Pols on both sides of the ideological divide seem to value transparency in government data, at least in principle. Rep. Darrell Issa, R-Calif has been an outspoken advocate of transparency in government data practices, and though he’s been critical of the efficacy of the Obama Administration’s efforts, Issa has vowed that current open gov projects will not be shut down during a recent panel discussion about transparency sites.

$26 million is a significant reduction in funding and Vivek Kundra, the Obama Administration’s Chief Information Officer, has indicated that something has to give, slating seven sites for the chopping block, including data.gov and USAspending.gov. It wasn’t always this way. When it was announced in May of 2009, Data.gov and its satellites were to be the flagship project of the Obama Administration’s transparency and tech innovation efforts, the sort of projects that Obama strongly committed to on the second day of his presidency, when he released a memorandum on transparency and open government. The President vowed to usher in “a new era of openness in our country”, promising that “transparency and the rule of law will be the touchstones of this presidency.” That the administration failed to advocate for these government data sites during the 2011 budget fight suggests that critics of Obama’s commitment to transparency may be on to something.

There’s another issue at play. The importance of preserving these sites can be a tough case to make to the general public: broad principles like transparency and openness sound great in a State of the Union speech but are too intangible for cable news and ‘hot talk’ radio. It takes a very particular kind of geek or policy wonk to get riled up over government data mashups and large sets of government spending data.

Anil Dash, the influential web developer who now runs Expert Labs, a non-profit that develops social media outreach applications for the federal government, has some good examples of practical, real-world applications of open gov data. One of those is the Health Graph, public health data collected and released by the Department of Health & Human Services’ project the Community Health Data Initiative. Now hosted at data.gov/health, the information provides crucial insight on current public health and funding issues, from Medicare benefits to promoting shorter wait times in hospital emergency rooms. Open government health data has even been featured on Jamie Oliver’s ABC show Food Revolution, about as mainstream as this stuff can get without Kundra doing a walk-on appearance on Jersey Shore.

The effectiveness of current initiatives is certainly up for debate, as is the Obama Administration’s commitment to transparency. But the benefits of open gov data are self-evident to anyone who values government transparency and data accessibility, regardless of ideology. There are a number of online efforts to “save the data” in the words of the Sunlight Foundation, which is hosting an online petition to preserve data.gov and affiliated sites. And while the data will still be available if the sites are shut down, there is a real need for a centralized government clearinghouse to exist. There's a need for an open gov portal that signals to government agencies that they must release their data in a efficient and accessible way using open standards, as Kundra did in 2009 when he demanded that each federal agency publish at least three high-value data sets to Data.gov.

The underlying problem may have as much to do with narrative as the budget. As Nathan Yau of Flowing Data writes at the Guardian, the importance of open government data remains more notional than tangible to the general public. He writes, “the sense that I get is that people like to know that it exists— the idea that politicians have to be held accountable for their actions— but few people actually use the service.” The warm fuzzy feeling people get from open government initiatives only carries so much weight in times of budget-cutting and populist deficit rage. The responsibility for selling open gov to the public lies as much at the feet of those who tell its story as it does the enthusiastic geeks using the data to reveal new insights on governance. How do we tell the story of open gov in a way that is compelling enough to compete with the hot button issues that command the news cycle?