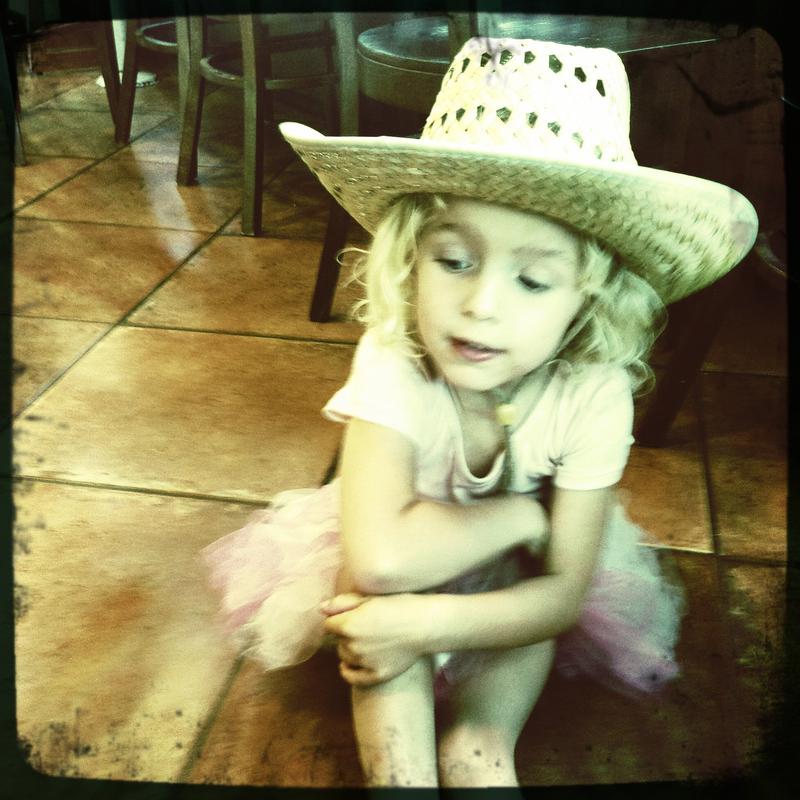 Living without a car in suburbia is making for some scrappy and strong children, a side-effect I find most pleasing. Distances, discomforts, and journeys that smack you in the face with one frustration following another don't create the fatal wreckage they would in other–softer–households.

My kids carry heavy stuff if I need them to, and walk really far. We sit on curbs and wait for buses or fix flat bike tires. Sometimes we get stuck somewhere until someone can help us. Riding the bus left us high-and-dry more than we expected it would; routes are recalibrated, schedules are tweaked, and holiday exceptions are complicated. One thing that had reassured us when we were in the short period of doubt and reluctance as far as giving up the car had been the solid reliability of the bus system, so we were committed to trying it out right away, hoping it would be everything we hoped it would be. 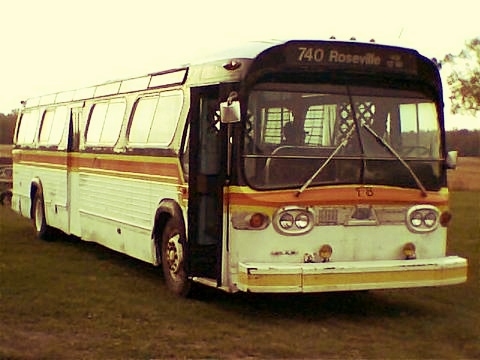 Needless to say, it was a hurdle, clearing that disappointment and landing on the other side. The buses don’t run often here, and they really only make a modified criss-cross section up and down the major thoroughfares. You can’t bring much with you in the way of parcels, and transfers from route to route cost the same as another supplemental bus ticket. Once, we were catching a transfer at the mall bus depot after a long day of errands, and missed the last connection. We were hot, and both of the youngest ones had been pulled from pink-cheeked naps when the bus finished its day's run in a place we didn't want to be. I hauled off all of our supplies for the many hours we'd spent outside the house, including mostly-mashed peanut butter sandwiches and empty water bottles. We were over every limit after the day we'd had.

The children had been to the pediatrician that morning, and after that I figured we'd walk to Costco, which was in the same part of town, for some of the more transportable nonperishables. I underestimated the distances. Everything seems to much closer together when you do it by automobile. When you don't have a car as a sort of home base and giant traveling purse for holding everything, it's so much harder.  Each child begged for a potty break separately, and there was nowhere for me to set our assorted overfilled bags other than the unsavory floors of the public restrooms. My knuckles had indentations from the handles. Crossing the wide avenues was a feat of derring-do, with the kids literally holding my skirt as I swiveled in every direction and barked out warnings to them for navigating the heavy traffic. So it was an exhausted and thirsty trio that was unceremoniously discharged from the last operating bus, and I was out of ready answers as to how we'd get home. Their heat and hunger made me apprehensive. I was calculating how much money we had and how close was a place where we could grab cheap food and wait for some answer to present itself when the mall sprinkler system kicked on. We were like Charlie Bucket when he first steps into the land of chocolate rivers and Oompa-Loompas. We deposited our burdensome bags on the hot dry concrete and ran for it, Molly going ass-over-teakettle across the slick blades of grass but righting herself again, nothing stopping our direct and frenzied movement into the intersecting arcs of relief. We dared each other to stand in front of the high-pressure jets, and filled our water bottles at a broken sprinkler head that bubbled as gently as a drinking fountain. And after a chain of phone calls, we reached a good friend who came with a car. 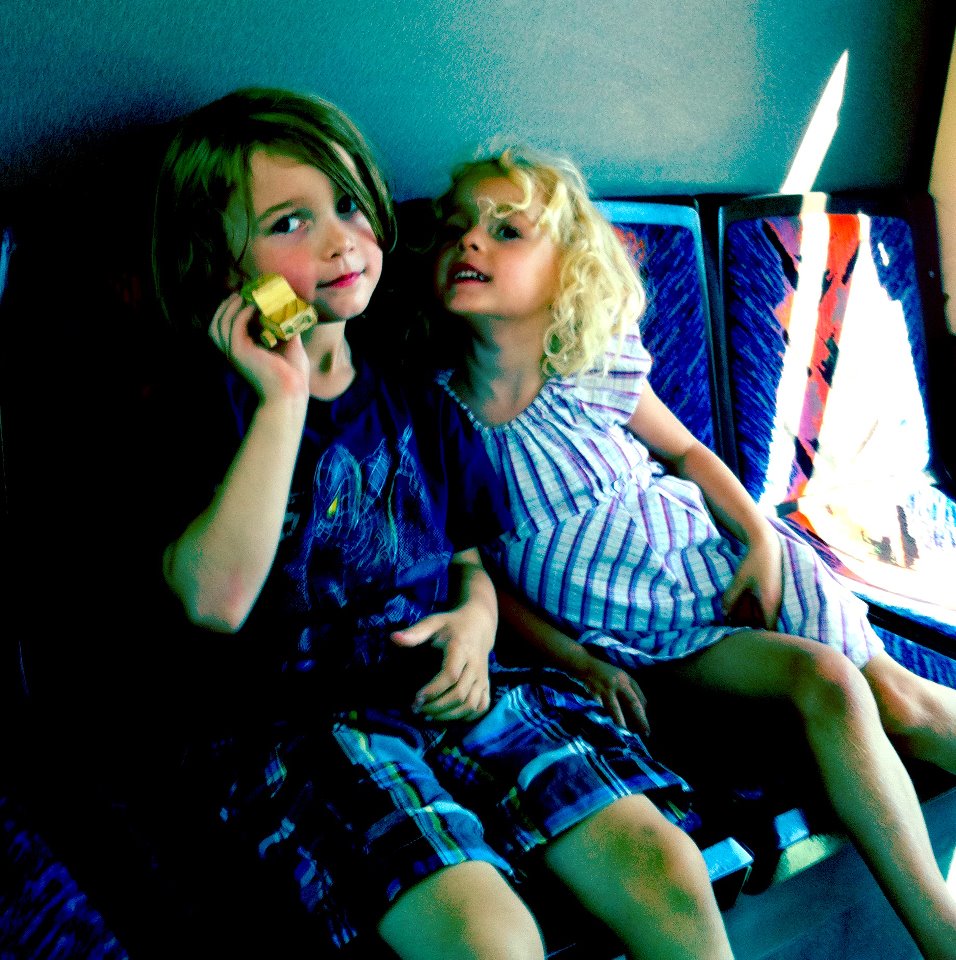 Good times get stubbornly pulled out of the bad times. We’ll yank and yank at the rope until it gives, and a small amount of pleasure is won for our efforts. And so far, it’s never been all of us at once giving into the self-pity, the grumpiness, the fatigue, and the regret. Never, as a group, have we lowed gloomily about our lot in life, not even for a minute have we (verbally) yearned for the car. Any yearning occurs solo, after a hard day perhaps, when you think everyone else is asleep and you’re the only one fretting: can we do this?

So what it boils down to is: we use the bus less than we anticipated we would, and could probably get on just fine without it. Folks who commute a regular route at a regular time, day after day, surely get the most and best use. Usually we're better served by the ability to strap our bags to our backs and set out for an unplanned day without jingling pockets full of quarters and folded bus schedules. 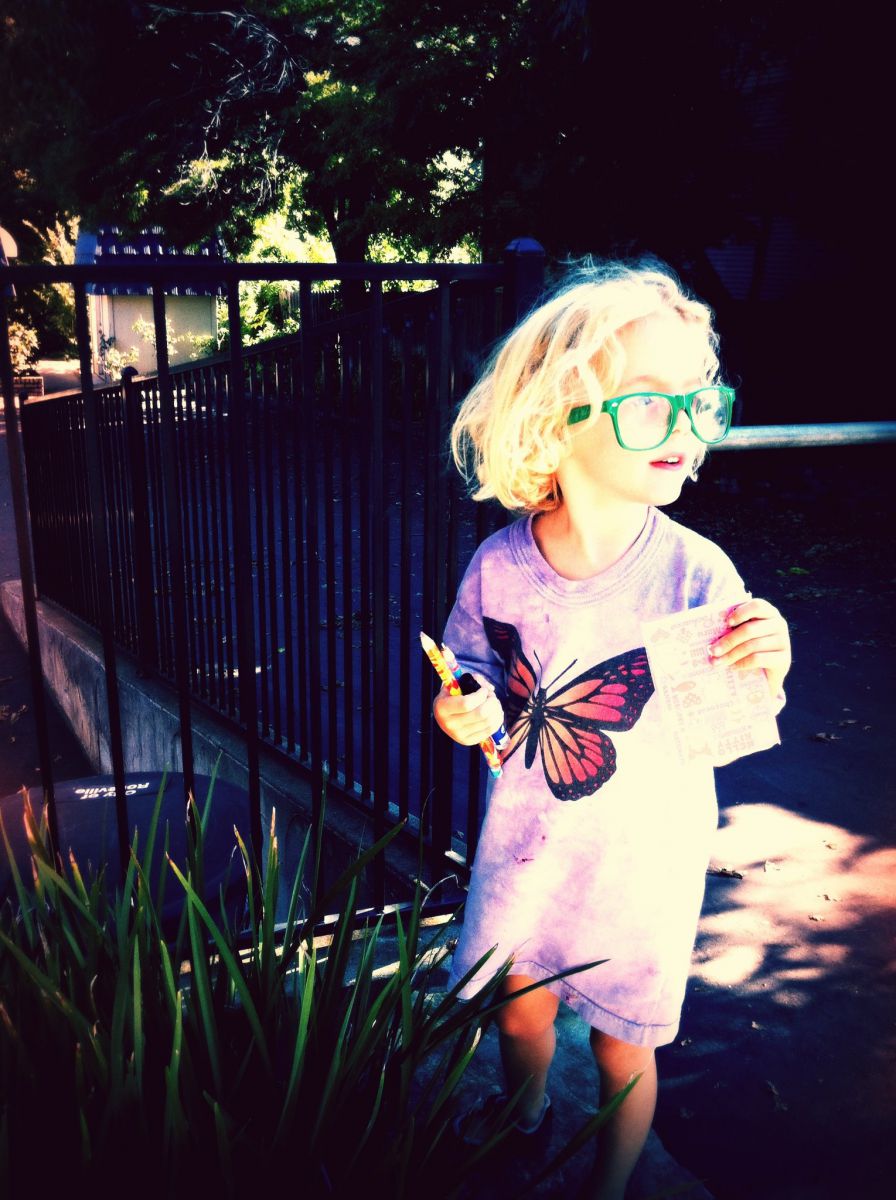