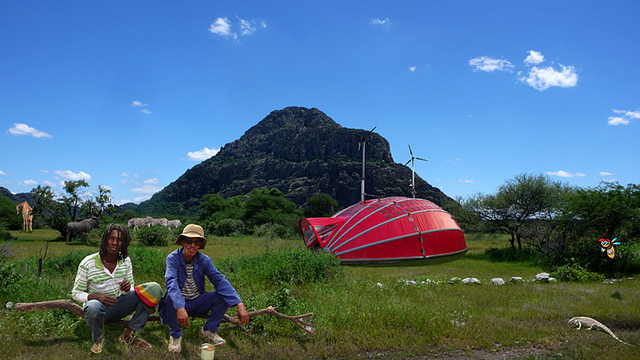 Newcomers to New York are all too familiar with the hatred of suburban youth transplants to the city. Shouts of “go back to Ohio!” at cyclists and cynical sneers about the latest pop-up art gallery or food truck are common enough occurrences that they practically seem banal, but while North American city-rats fret over hipsterfication, the  rapid urbanizing trend is a much broader worldwide phenomenon.

An incredible graphic depiction of this trend can be found on UNICEF’s website. Today over 50% of the world’s population is urban, and the trend shows no signs of slowing.

What’s bringing everyone to the city? For most, a chance at survival. In Istanbul, Rio, Nairobi, Paris, London, Tel Aviv, Beijing, Athens, Madrid, Mexico City, and nearly every other global metropolis, massive rings of favelas, barrios, ghettos, and shantytowns are growing around wealthy city centers. Like some sort of chemical process, neat circles of Have-Nots envelope a core of Haves. In the face of massive immigrant detention centers, bulldozed tent cities, and the rise of far-right nationalist parties we see the negative reactions to this “surplus population,” we see the attempted total control by that wealthy Center, and, most of all, the dire need for restructuring the very basis of global society.

In a project designed to critique this “long-term policy of many governments to forcibly settle down the nomads and provide them and their other citizens with a few square meters of living space,” Hans Kalliwoda and the Polliniferous Project’s “World in a Shell” seek a leveling approach to urban disparity. Part mobile home, part geodisic dome, the red igloo-like structure travels the world, stopping briefly at sites heavily effected by escalating urbanization. 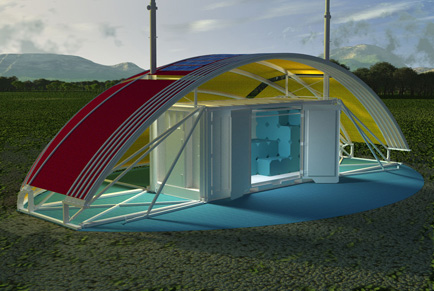 Just large enough for simple lodging, with a kitchen, sleeping quarters, and restroom, it is powered by wind and solar energy; designed to self-sustain and leave no footprint. The Shell travels by truck to different UNESCO world heritage sites, setting up camp for a few days as a temporary artist residency. Like a globetrotting cultural book-mobile, the Shell-dwellers, many of whom are Kalliwoda’s students, learn traditions, lifestyles, and survival strategies from the local modern nomads, and distribute these lessons to future locations.

Looking like a satirical Gen-Xer in his backwards red ballcap and custom aqua-marine Mac, Kalliwoda sees his journeys as a type of cultural “swap-shopping,” making unlikely, and sometimes awkward links around the globe in an effort to draw insights towards the shared conditions of  international wanderers.

In Botswana, his team hunted warthog with the San people of the Kalahari desert, prepared a feast, learned to build huts, and talked to locals about their dismal labor conditions. They picked up a hitchhiker in Namibia, who told them about his time as a mercenary and the lack of work in his hometown. In Xai-Xai, Mozambique, the villagers rejected the project for its failure to bring large enough quantities of sugar. Back in Rotterdam, Netherlands, they set up in Westerpark and displayed photos and statistics from their journey. They plan to go to Greenland, India, Ecuador, and Australia in future trips. 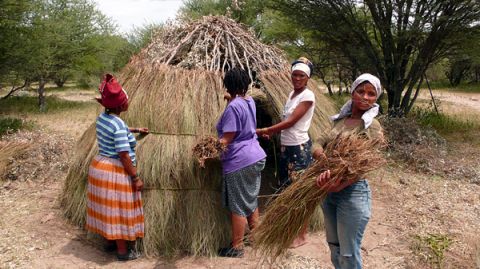 While the conditions of the Kalahari Bushman and Bushwick blogger are hardly comparable, the same forces act on both—they are drawn or forced from their homes to seek work in the city. Especially novel about Kalliwoda’s project is this nuanced approach to urbanism. Instead of supporting some sort of back-to-the-land nostalgia, it acknowledges urbanism as a given in the modern world, and uses the inevitable cross-pollination of cultures and classes as a starting point for resolving its smoldering contradictions. 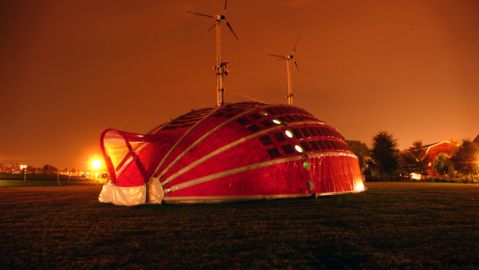