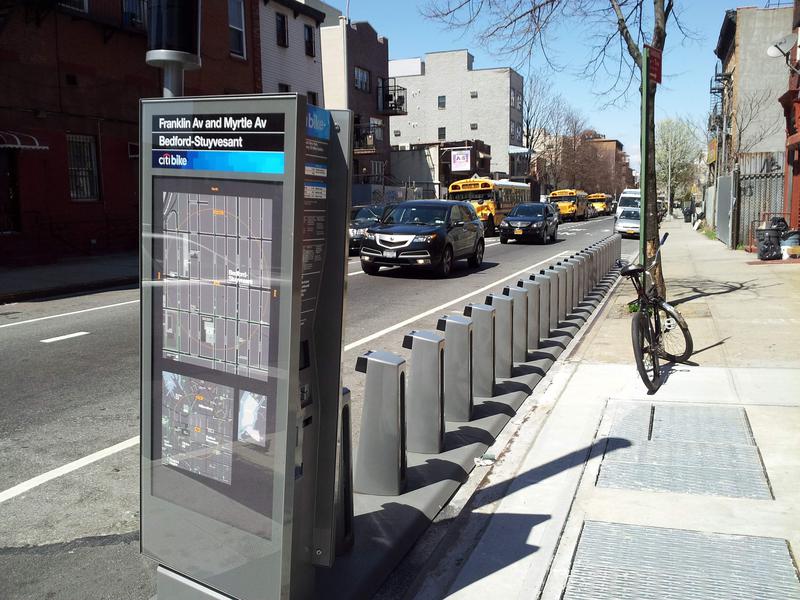 I first noticed one in my neighborhood two weeks ago, but they quickly began appearing everywhere: bike-less bike sharing stations just waiting for their launch date. New York City's long-touted oft-delayed bike sharing system is finally coming to fruition. When registration opened on April 15, there were 5,000 yearly members within 24 hours.

Mayor Bloomberg, the city's ninth richest man, has hardly been a boon to New York's poor, or even middle class residents. He's pushed through massive cuts to schools, homeless shelters, fire stations, the MTA, and other vital services, even as the city had a surplus. He's has worked hand in glove with developers and landlords to gaurantee gentrification goes on without resistance, most infamously with the Atlantic Yards project, where a whole neighborhood was evicted by eminent domain in order to put the Nets stadium in downtown Brooklyn.

But perhaps the one thing Bloomberg has been good on is bike culture in the city. Bike lanes have sprung up all over Manhattan and Brooklyn, and even in the last four years that I've lived here, biking in the city has become much easier and safer. (Of course, along with the increase in bikers has come a massive increase in policing of minor bike infractions – more than twice as many summonses went to bikers as went to truck drivers in the city). The bike share is another part of this trend, and it's hard not to imagine the bike share will ultimately make the city that much more bike friendly. 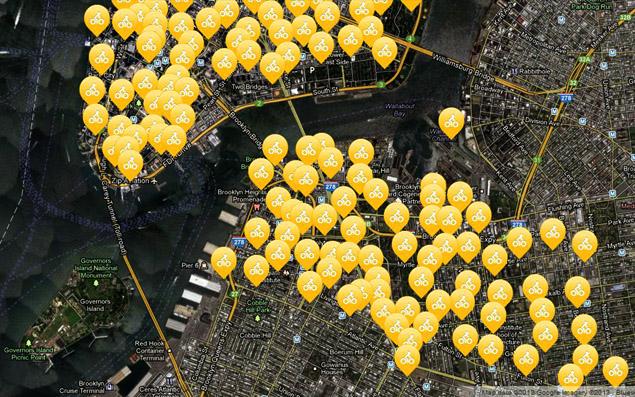 As it's a public works project in New York (or really America) in 2013, the bike share is privatized. The project is sponsered by Citibank, and is called CitiBike. But the system will be provided by Bixi, and thus familiar to anyone who has used Montreal's bike share (or any of the Bixi based systems in Boston, London, D.C or elsewhere).

The program launches in early May, and so far locations are almost exclusively in the Downtown/Fort Greene/Clinton Hill/Bed Stuy areas of Brooklyn and lower Manhattan. But if the system is a success, it's easy to imagine the program will spread.