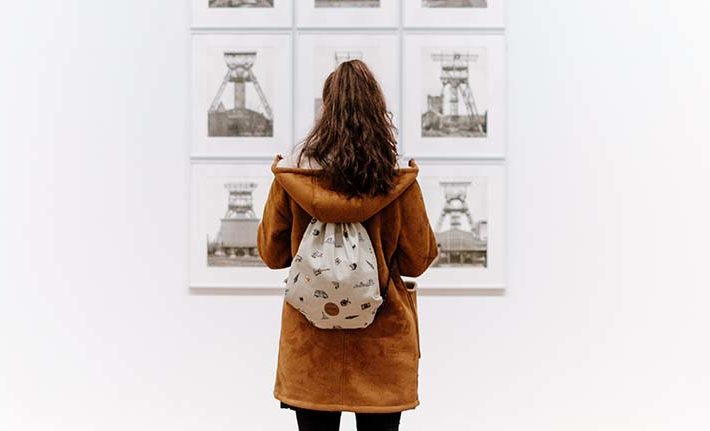 Photo by Samuel Zeller via Unsplash

The economics of the art market are broken. To fix them, we need to reevaluate the way we value and fund the labor required to produce art.

Efforts to resuscitate the market have produced brilliant research in cultural theory and art theory but most of this work is largely inaccessible to anyone but academics. Recently, there has been a concerted effort to include unrepresented voices and marginalized communities in the discussion, but I argue we cannot talk about equity in the arts if we don’t address the underlying structures of fair labor, intrinsically connected to the value we attribute to art and art production. How can we build a new art market when those with power continue to propagate a system that is based in competition, scarcity, and individualism that primarily benefits them?

When funding mechanisms break, individuals and organizations depend more on mutual production, cooperation, reciprocity and collaboration. Since the value of art in the traditional market system is directly linked to labor and capital, we need to create an alternative that recognizes broader value contributions. We must avoid the consequences of other failing economic models that:

Mirroring other market systems, the art market represents a network of direct market players, suppliers, and entities that influence the business environment. Not only do art buyers, sellers, professionals, and institutions control the production and exposure of new art, they also decide its value. The value of a contemporary artwork is calculated through a formula: The time spent making the work, the cost of materials and labor, its size and medium, the artist’s educational background and reputation, the market price for similar works, what stage of their career an artist was in when the work was created, and the scarcity of production. This artificial value of the work is tested on the international art market by traveling exhibitions and projects, and the hosting cities have a make-or-break impact on the perceived value of the art. By the time the work enters the secondary market, the artist has no royalty laws to protect their investment and stands to gain nothing from subsequent sales.

One of the artificial measurements used to determine the value of an artist is their demographic, because the higher an artist is in art market hierarchy, the more likely they are to be wealthy. Those with money are more likely to gain favor with institutions such as education and award-conferring bodies and in turn more likely to be recruited to work at an established, internationally renowned institution. This is one of the mechanisms through which the market reproduces itself, and accordingly, establishes a second-class tier of art organizations.

Though large institutions depend on a mass of small organizations as a point of contrast, the behemoths are still perceived by both the general public and those with specialized interest to be more valuable. That means the value of art labor and production is directly linked to the social value of the institution. It is worth noting that generally, art professionals’ labor is still valued less than their counterparts in fields like technology, finance, law, and medicine.

In his 2002 essay “Heart of Darkness: A Journey into the Dark Matter of the Art World,” Gregory Sholette says the composition the art world is akin to “dark matter,” which comprises 85 percent of matter in the universe The art world’s dark matter are the marginalized artists, who are essential to the survival of the mainstream, big art business. Extending this idea further, the dark matter of the cultural industry are those marginalized artists who operate in the independent art scene, and through their invisible, and usually low-wage labor, perpetuate a market system that primarily serves the top 1 percent of the art world, whose power is able to perpetuate it.

A global sharing economy for art

Direct market players like producers, buyers, and consumers are perpetuating an art market that undervalues labor. I propose we replace these roles with art commoners, comprising art professionals, funders, and the public, who are engaged in the co-production of social and public goods, and measuring their value. Next, we should replace the suppliers from the traditional market system with artists, who can divide their labor and production, creating new relationships with their peers and the public, and share the power associated with their skill, knowledge, experience, and position in order to empower others.

Lastly, we need an ethical entrepreneurship coalition to replace current entities that influence the art market, such as governments, infrastructure providers, and industry associations. The coalition will invest in the sharing art economy, a fair distribution of profit, and the mobilization of social capital and community. Global affinity groups will develop an international commons-centric art world, which will operate autonomously, in parallel to the official international art market.

A new currency for the art world

If we are creating a new art market, it follows that we will reconsider what constitutes fair labor and how the value of art is appraised. We will create an alternative currency that builds community assets and social capital, as well as solidarity among all participants, and private and public partners.

Our goal is not to annex the art market from capitalism but to expand the art practice and production for the common good. Rather than extracting labor and resources from our communities through exploitative art practice and production, we will create art and culture commons. This strategy has the potential to weaken the capitalist structures of the art market, prompting a reconfiguration that liberates cultural workers.

Along with the art value crisis, there is also a crisis in how our society values independent art spaces and their contributions to the commonwealth. The economic power of the independent art scene has been eroded during the past 20 years and the whole art ecosystem has become dangerously unbalanced. Art professionals who work in the independent art scene are constantly competing for funds, looking for long-term financial security, and health. However, these same art professionals, end up organizing and producing in the mode of ‘self-exploitation,’ due to a lack of funding that guarantees fair wages. Funders reign in the activities of independent art spaces and render them impotent, and artists voluntarily join the ranks of the ‘working poor,’ perpetuating the art world’s hierarchies and institutional hegemony.

Instead of applying Band-Aids to a broken art market, I propose we co-create a new one.

A new model for artistic commons

This is my proposed investment model for Pro Art Commons: ¼ artists, ¼ public, ¼ cultural workers, and ¼ funders.

Creating an assembly for openness

This article was reproduced from The Natalia’s Club blog with permission. A related article Reframing the Value of Art and Fair Labor in a Sharing Economy by Natalia Ivanova Mount is published by Journal for Aesthetics & Protest.

Natalia Ivanova Mount is a dynamic cultural activist, organizer and sociologist of art with extensive experience in nonprofit leadership, development and strategic partnerships. She has organized numerous exhibitions and site-specific

Natalia Ivanova Mount is a dynamic cultural activist, organizer and sociologist of art with extensive experience in nonprofit leadership, development and strategic partnerships. She has organized numerous exhibitions and site-specific projects, experimental theatre productions, sound-based performance, film, radio, and public programs and events. Originally from Bulgaria, Mount lived in New York, where in early 2000, she co-founded FLUX Art Space – a pioneering nonprofit organization that commissioned and produced long-term art projects, claiming the intersection of art, technology, and civic engagement. In 2010, Natalia launched the first art-radio station in Central New York, Redhouse Radio. During that time, she was also the Executive Director of Redhouse Arts Center, a multi-disciplinary space and residency program, located in Syracuse. At the beginning of her career, Natalia worked at MoMA PS1 and the Clocktower, both located in NYC. Currently, she is the Executive Director of Pro Arts Gallery & COMMONS where she is actively engaged in the co-creation of the first Art & Culture Commons model in Oakland. Mount is the recipient of several prestigious awards and fellowships. She holds a BA in Criminal Justice, MA in Art Market, and MBA in Media Management.