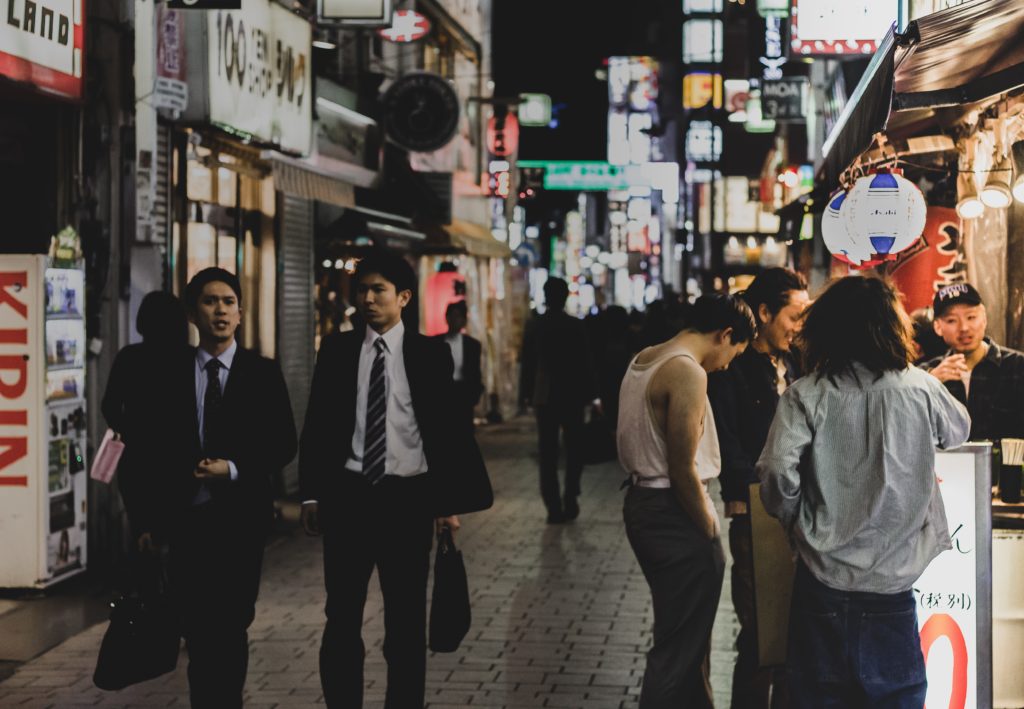 The Platform Cooperative Japan Consortium (PCJ) is the first organization in Asia focused on promoting the idea of platform cooperatives — businesses that bring the structure of traditional cooperatives, including worker ownership and governance — to the digital world. PCJ was founded by Mathias Sager and is directly connected to the New York City-based Platform Cooperativism network (Shareable is a member of this cohort). Originally from Switzerland, Sager has spent several years living in Japan. Besides his work with PCJ, he is an independent researcher, social entrepreneur, and leadership and strategy adviser for Japanese and global organizations. He is also pursuing a master's degree in psychology from the University of Liverpool in the U.K.

The consortium has members from Japanese academia, the country's existing cooperative sector and civil society. In a short period, they have already organized several events with the goal of introducing the platform cooperative idea to Japan, and localizing it as a solution for the country’s economic and social challenges. We spoke with Sager to learn more about PCJ and the potential for platform cooperatives in Japan. 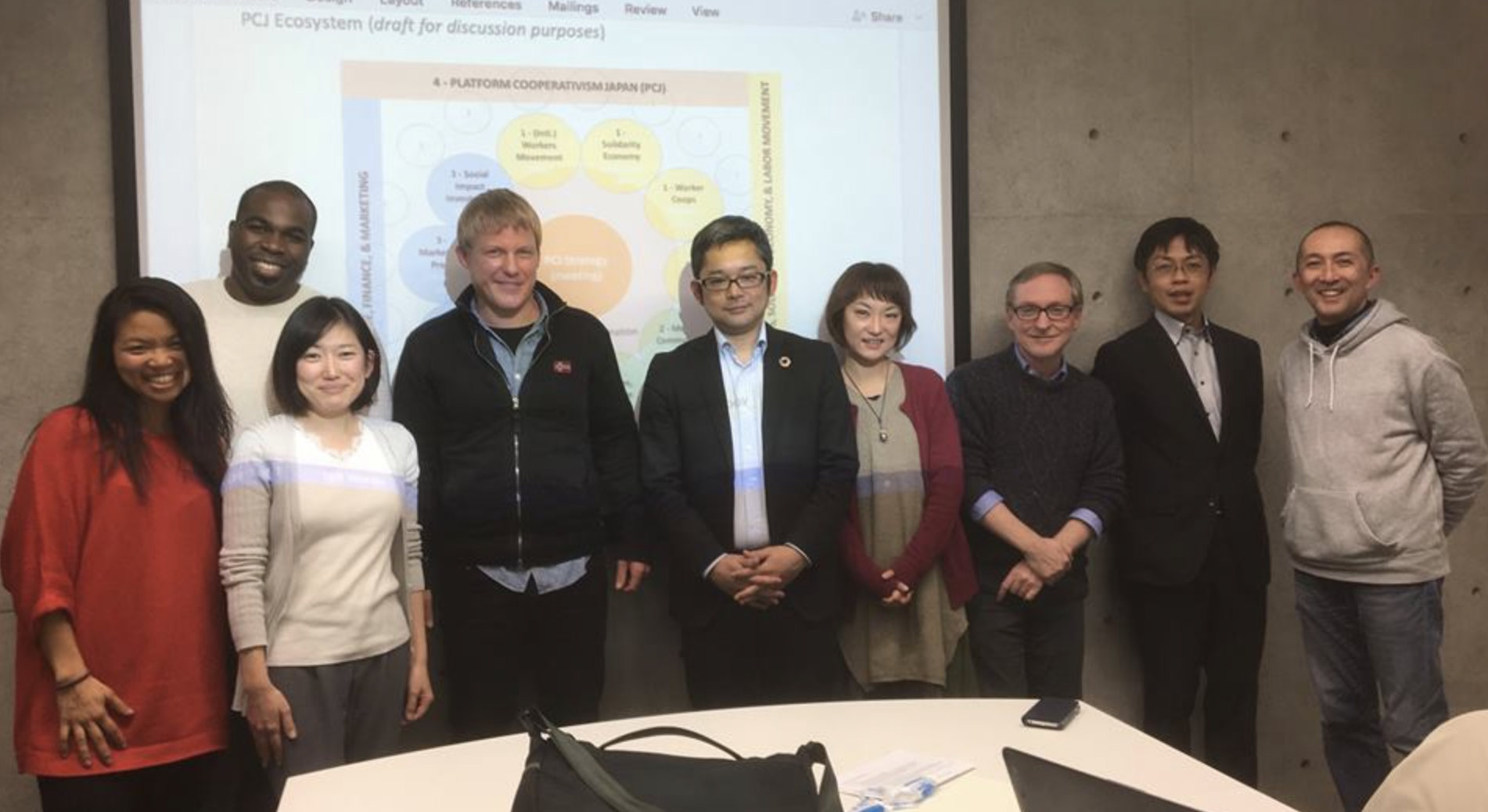 Our web presence is helping us to reach potential PCJ stakeholders. Currently, we want to extend our online visibility in the social co-op Fediverse and on Mastodon in particular as a Twitter alternative, where there is already a lively user base in Japan as well. Part of our work is to actively contact organizations and individuals who could potentially be interested in the Platform Cooperativism concept and in becoming a member of the PCJ Consortium. As we did in the past regularly, we continue to organize PCJ public events at which we present the concept and discuss with the audience. Besides own events, we welcome guest speaking opportunities as, for example, at the J-Global Institute of Collaboration or at Nerd Nite. Also, other events such as Social Innovation Japan provide a good possibility to spread the word further.

Can you explain more about the challenges facing Japan that platform co-ops could address?

Japan's economic growth rate in the past 10 years has been averaging in between 0-2 percent range, with negative 4 percent being the lowest in 2009, after the Lehman shock. Japan is hyper-aging and its population is declining due to low fertility. With this aging population and declining working-age population, economic researchers estimate Japan's potential growth rate no more than 1 percent.

It is deeply worrying today that youth in Japan are often unable to find regular jobs after graduation. Platform co-ops should be able to help this lost generation and provide the many free part-timers fairer job opportunities. It is not the younger talents who are in decision power — due to seniority-based promotion systems, only 9 percent of Japanese managers are below the age of 40, compared to 62 percent in India and 76 percent in China. Hidden under the low unemployment rates are often precarious labor conditions. Working poor comprise an increasingly larger segment of the working population. For example, it could be a promising way to form freelancer-cooperatives who create or work for platform co-ops. Platform co-ops could also emerge from rural revitalization initiatives.

The private and public sector are struggling to address the challenges in personal care, especially for the increasing number of elderly. In Japanese culture, women are still widely encouraged to stay at home. Although women are also used to drive corporate profits, they are not sufficiently supported in their burden of child-rearing mothers at the same time though. Japan's corporations, long heralded for their lifetime employment strategy, demand long office hours, which keeps fathers away from their families. However, Platform Cooperativism can be an answer to these issues by responding to the desire for more work-life harmony for all. … Cooperatives, and platform cooperatives, can help revitalize the Japanese economy.

Doesn't Japan already have a large cooperative sector? Can platform co-ops build on that?

Japan is known for its mostly consumer cooperative tradition. Indeed, roughly one-third of Japanese households belong to co-ops. Cooperatives have long been an organizational solution to labor exploitation. Platform cooperatives strive to bring the concept of ownership to the digital economy, exploring not just employee ownership but also user data ownership. We can revitalize cooperative idea with platform cooperatives that will speak to a younger generation because they understand that something is wrong. … Millennials, in particular, may appreciate the opportunities for a better work-life balance. Cooperatives might be able to provide such a balance in addition to purpose and identification. Furthermore, cooperative governance can be designed to reward performance, therefore supporting personal growth in many ways.

What are your future plans and how do you hope to engage your target audiences?

When presenting Platform Cooperativism as a fairer user-worker-owned model of running online platforms, I often hear answers like "that's a great idea, but it's too difficult to realize."

While grassroots efforts are essential, the cooperative way should also be supported top-down as a political priority. A cooperative economy can not only be profitable but by not passing excess profits to just a few it is also able to provide for welfare benefits and community development where often tax paid government efforts failed in demonstrating sufficiently sustainable effects.

The movement is relevant for any individual and organization that is valuing sustainable online platform solutions. Cooperative values ensure that the prosperity and decision-making can be shared between value creators working together for mutual benefit and the transition to a more equitable platform economy.

Platform co-ops could be of local scope but are inherently able to function cross-border in the world wide web to build global membership bases. A parallel development and step-by-step convergence of national and international segments may provide a Japan specific avenue to keep the politics local and open up to international users for global cooperation at the same time. I had the idea to coin the term of "sato-digital" as derived from satoyama or satoumi. Sato (里) means village and yama (山) means mountain. One definition is "the management of forests through local agricultural communities." More recently, satoyama has been defined not only as mixed community forests, but also as entire landscapes that are used for agriculture. In that sense, Sato-digital could be translated into, suitable to the platform co-op concept — the management of a digital business through (respectively "by, of, and for") the local digital community and the broader platform co-op ecosystem in Japan.