Bring on the Participatory Sensing - Shareable
Skip to content 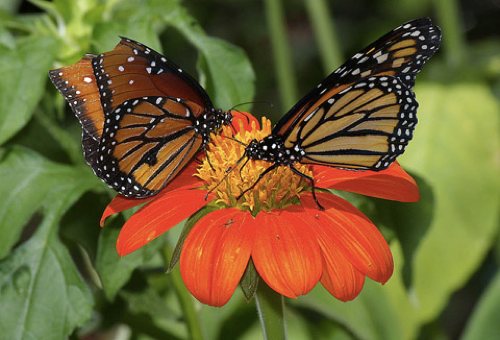 This post originally appeared on David Bollier's site, Boiller.org. It is reprinted with permission from the author.

For decades, Congress has delegated the fate of our public lands, the air, water, and wildlife to federal agencies, where a familiar dynamic of regulatory capture and corruption quickly takes root. It’s depressingly routine: Industry foxes are appointed to guard the chicken house; they make politically motivated judgments about scientific data; they engage in legalistic subterfuges and throw blankets of secrecy over the data and decisionmaking. A complicit Congress cuts budgets in order to cripple regulatory effectiveness.

So here’s an interesting idea for changing the political ecosystem of regulation: Use Web 2.0 platforms to let citizens participate directly, and let the data be seen by everyone, in near-real time, on the web. Reinvent regulation as an open-source project, as it were, so that everyone can participate, and industry money and interventions cannot so easily corrupt the process.

This is the implication of a series of experiments in “participatory sensing,” or “eco-crowdsourcing.” The rise of online social networks, wikis, smart phones, and other digitally networked devices and platforms are enabling dispersed bits of information to be aggregated and sifted in amazingly fast and complex ways. Marketers already comb through vast databases of web traffic, cell phone geo-location data, and credit card purchases to make highly specific inferences about you and your behavior.

Why not use these same capabilities to improve environmental regulation? All you need is a cell phone, laptop computer, or wireless device, and enterprising regulatory agencies willing to reach out to the public and change their procedures in innovative ways. 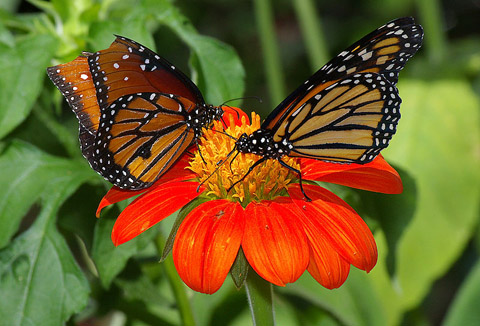 A Queen butterfly and a Monarch butterfly feeding on a Tithonia rotundifolia at the Butterfly Rainforest at the Florida Natural History Museum. Photo credit: Ironman11 under Wikimedia Commons license.

The idea is to take the Wikipedia model of distributed participation to new levels, and give people the chance to make a difference. Already the North American Butterfly Association invites people to submit counts of butterflies in their locality in order to monitor the health of various butterfly species. The result is a rich databse of empirical, on-the-ground, timely data. Similarly, Rarebirds.com invites volunteers to submit data to a location-based database of rare bird sightings.

Some of the possibilities for using Web 2.0 platforms to improve regulation are detailed in a short report called “Participatory Sensing: A Citizen-Powered Approach to Illuminating the Patterns That Shape Our World,” published by the Woodrow Wilson International Center for Scholars in 2009. The report notes that, with the proliferation of cameras on inexpensive mobile phones, motion sensors, and GPS systems — and with pervasive connectivity to telephone and Internet systems — it is possible for new forms of collective knowledge to be gathered and analyzed.

This has enormous implications for how distributed communities of people can help monitor natural systems in direct, reliable, and real-time ways, facilitating rapid identification of patterns and trends affecting the environment.

Citizen-scientists (as they are often called) have collected valuable environmental data for such events as the Audubon Society's Christmas Bird Count, World Water Monitoring Day, and the University Corporation for Atmospheric Research's Project BudBurst, a national field campaign to harness the power of citizen-scientists to observe plant responses to climate and record environmental conditions. In one study, participants took cell phone photos of plants at the fruiting stage of their life-cycle, which on a large scale can yield important information about the state of climate change.

“Using people’s everyday mobile phones to collect data in a coordinated manner could be applied to scientific studies of various sorts, such as accessing fishermen’s extensive knowledge to identify and locate fish pathologies in the field,” the report notes. It could document the spread of an invasive species. GPS-equipped mobile phones might be used to photograph diesel trucks as part of a campaign to understand community exposure to air pollution.

WeTap is an Android application that enables people collectively to contribute to a map of public drinking fountains and other free water sources. The idea is that people should be able to find free water supplies, and rate them, instead of having to buy wasteful and expensive bottled water. The information could also help improve the public infrastructure for water foundations. 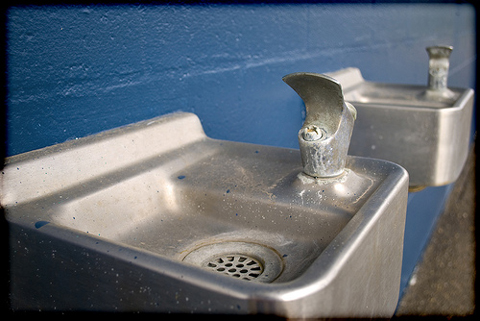 In India, the Traditional Knowledge Digital Library is a repository of traditional knowledge about medicinal plants and formulations used in Indian systems of medicine. The website invites people to contribute to the Library in order to document the existence of various traditional remedies, and classify them. Once they are so documented, no one will be able to use the international patent system to claim proprietary intellectual property rights in the knowledge. The database serves as a massive body of “prior art” that can be used to challenge patent applications that seek to privatize traditional knowledge.

The problem with centralized bureaucracies is that they think they know everything and can control everything. They don’t and they can’t. They are often inefficient, and they simply cannot be as versatile and responsive as decentralized networks. If they could, then the recording, broadcasting, book publishing, and newspaper industries would not be in such bad shape. The State Department would not be surprised by insurgent movements in Egypt.

So why not leverage the power of distributed networks and invite citizens to participate in abating environmental harms and protect the commons? The U.S. Government is constantly consulting the high tech giants to develop new forms of surveillance and national security systems. Why not use these technologies to remake the regulatory system and take advantage of some powerful eco-crowdsourcing?

Types of data that were once too expensive or unreliable to collect, could be gathered and applied in conventional policymaking and standards enforcement. New types of wiki-style knowledge could be conjured into existence. Citizens could even self-organize their own commons' management systems to assert some measure of control over a local stream or mountain or lake. They could identify and call out corporate polluters through social shaming, and pressure regulatory agencies that fail to do their jobs.

Oops. Now I understand why there might be little enthusiasm within regulatory agencies for some of these innovations — they just might work too well.

For more, see the Center for Embedded Network Sensing and the Sunlight Foundation, two leaders in the field.

This post originally appeared on David Bollier's site, Boiller.org. It is reprinted with permission from the author.