Bike Sharing: Safer than Your Own Bike - Shareable
Skip to content

Last year, as New York City prepared to launch bike-share program Citi Bike, naysayers grumbled about the 10,000 additional bicycles soon to join the streets of the Big Apple. Fatalities, they warned, would skyrocket. Turns out they were wrong—way wrong. As reported by Reuters, there have been no fatalities associated with any United States bike-share program since Tulsa, Oklahoma launched the first in 2007. That's 23 million rides and zero deaths. Crashes among bike-share users are also remarkably infrequent compared to cycling in general. According to Streetsblog NYC, Washington, DC's Capital Bikeshare program logged only 64 crashes from 4 million trips taken between its launch in September 2010 and mid-2013 (or approximately 16 crashes per million trips). Compare this to DC's general cycling data from 2011, 538 crashes from about 14.6 million trips (or 36.8 crashes per million trips).

The good news about bike-share safety contradicts media reports earlier this year that researchers had linked the programs to an increase in cycling-related head injuries. The reports—which appeared to confirm the gloom-and-doom scenario imagined by the anti-bike-share crowd—were erroneous, thanks in part to poor presentation on the part of the study in question. CityLab's Eric Jaffe called bull, noting that the total number of both head injuries and non-head injuries in bike-share cities actually declined during the test period, by 14 percent and 28 percent, respectively. What did increase was the proportion of head injuries suffered by cyclists with access to bike shares. While obviously concerning, the proportional increase in head injuries does not pack the same condemnatory punch that an absolute increase might. 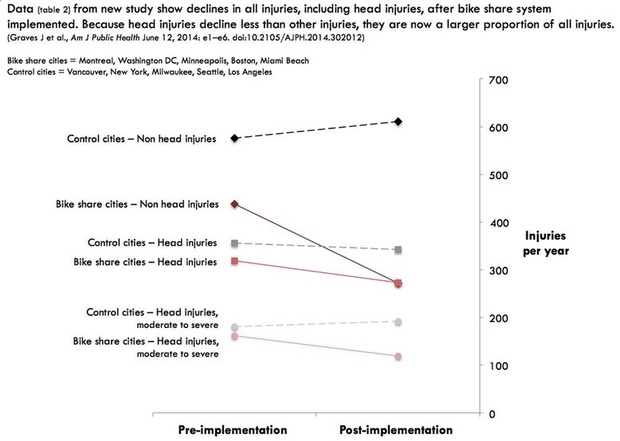 Data from a study published in the American Journal of Public Health reveals that both injuries and head injuries declined in bike-share cities. (Kay Teschke via CityLab)

By all appearances, you're much safer riding on a bike-share cycle than on one you own. The question remains: why? Observers offer a few theories. First, bike-share bikes are built for stability, rather than speed, with low centers of gravity and brakes that stay dry in wet weather. Second, cities with bike-share programs are likely to feature better bike infrastructure, including protected bike lanes. Finally, there's the old trope of "safety in numbers." The Alliance for Biking & Walking's 2014 Benchmarking Report found that fatality rates among cyclists and pedestrians were lower in areas where more people bike and walk. "This makes a lot of sense," writes the Alliance. "Bike and walk fatalities tend to happen in crashes with vehicles, and the drivers are more likely to operate carefully and safely around walkers and bikers when they're used to seeing people walking and biking."

Whatever the causal factors behind bike share's incredible safety record, you can now add it to your list of research-supported reasons to celebrate bike sharing—like the fact that bike shares save users money, keep them healthy, and may help democratize cycling [PDF]. So if your city doesn't have a bike-share program of its own, start advocating for one. If it does, then grab a bike-share bike and hit the road. 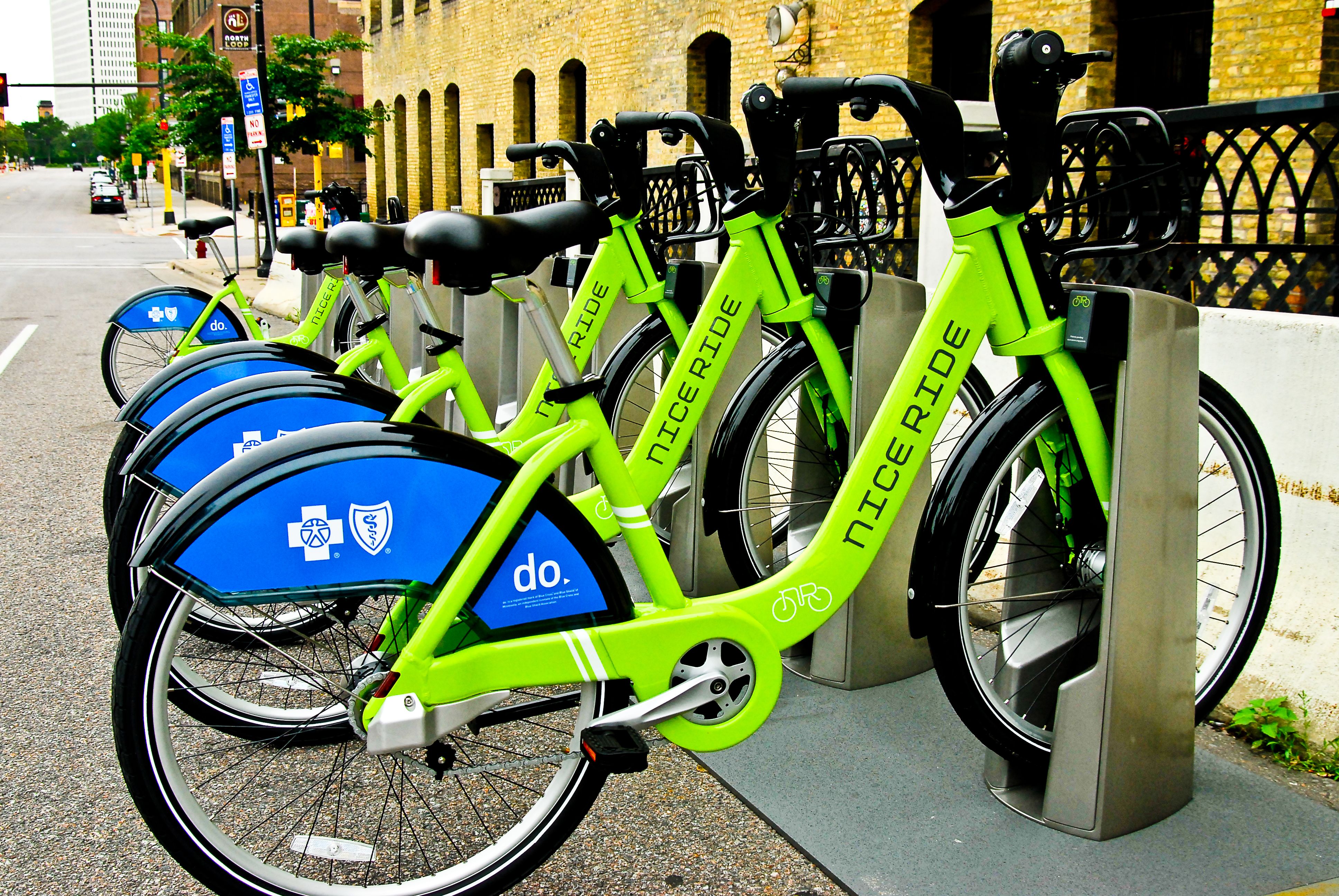