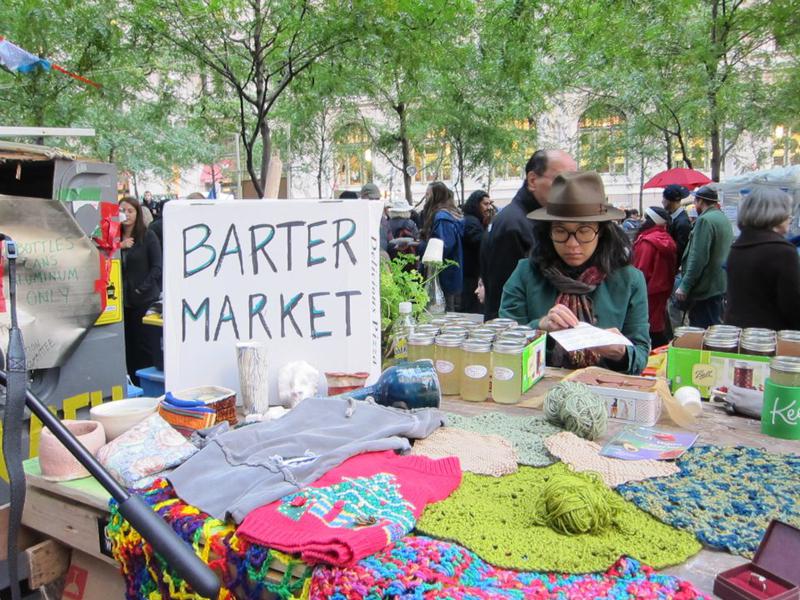 Occupy Wall Street is first and foremost about Americans exercising their Constitutional right to peaceful assembly, and to petition the Government for a redress of grievances.

But as the movement enters it’s seventh week, it’s also become about something bigger than political protests or economic demands.

As Shareable contributor Alpha Lo put it in an article about Occupy Wall Street earlier this week, the movement “is modeling a possible socio-economic-political paradigm for how society can run. It is a model the whole world is beginning to watch. For those who come and participate in it, its a learning experience, a training in this new paradigm.”

One of the most exciting elements of this inclusive, productive paradigm is the completely organic system for exchanging goods and services at Occupations through the use of non-traditional currencies.

Earlier this week, I asked a member of the OWS Sustainability Working Group about the unique barter market that has sprung up on Liberty Plaza. Here’s what she had to say: 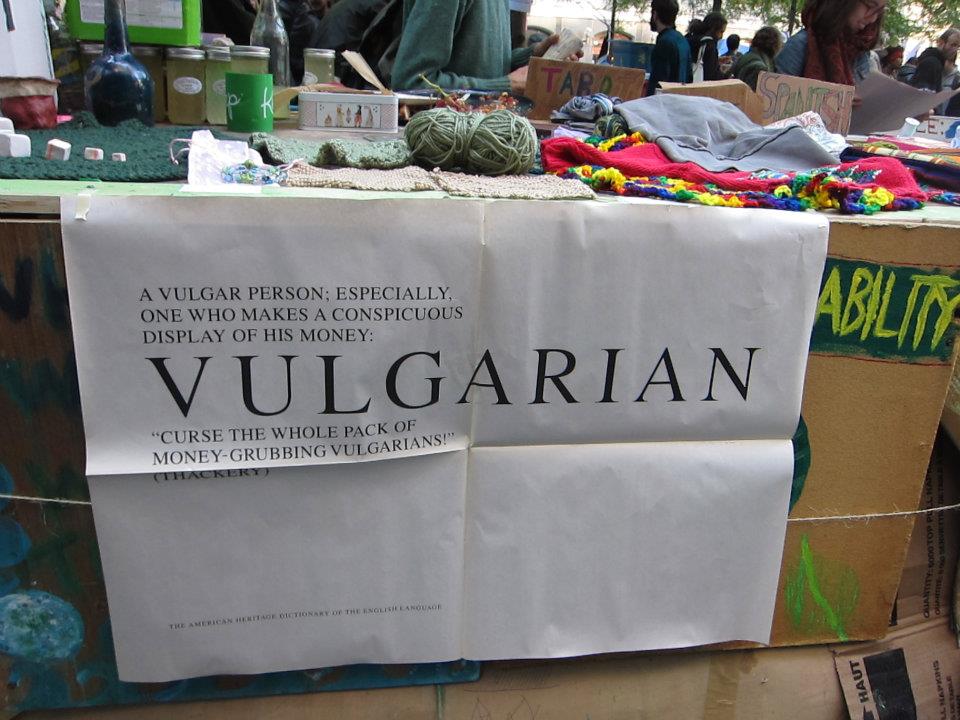 Shareable: Occupy Wall Street is becoming quite self-sufficient with its own library, newspaper, and bike-powered generators. What kind of currency have you seen emerge among the demonstrators?

OWS: It is remarkable that the OWS kitchen serves free food around the clock to thousands of people every day without turning anyone away. This is a new system. Not a financial one, exactly, but certainly a very important example of a new system.

Shareable: How does the barter system work at OWS?

OWS: We had our first barter market (in beta) last Tuesday and the turnout was healthy. It was pretty straightforward, we put out a call to people and told them to show up at the table with items for barter. By noon, a very eclectic group of people had assembled. Everyone had a really great time. A much bigger market is planned for this Saturday. 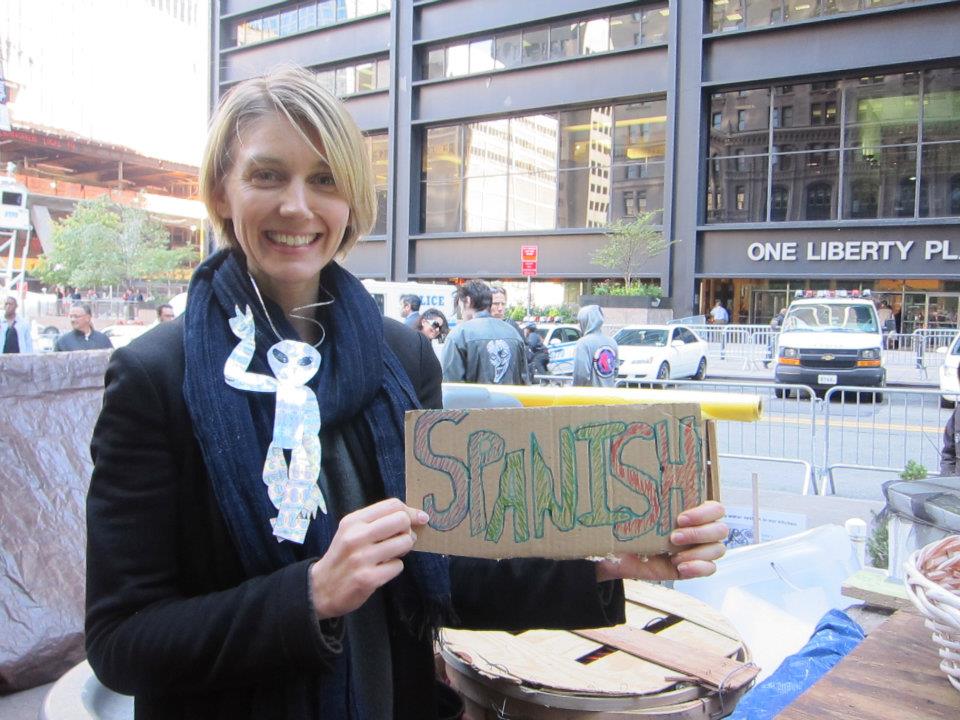 Shareable: What can the OWS barter market teach other communities about alternative currencies?

OWS: The park and indeed this occupation is the ideal environment for a barter market. What we’d really like to see is others replicating this model, i.e. do it for themselves. They can do it in their communities, or in their homes, or in the public parks across the city. It’s a very simple concept. You trade your skills and your creations or anything you’d like with others who are doing the same. The results are always 100 percent positive. Everyone walks away feeling happy.

Check out these handy Shareable posts for more info about how to organize cashless bartering systems in your own community!