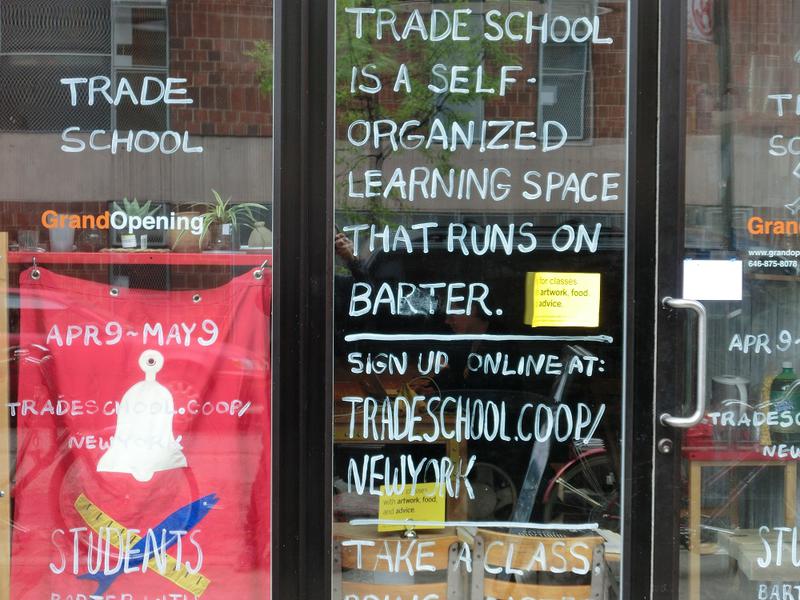 [image_2_big]In 2010, three people had the crazy idea to start a school where the teachers teach whatever they want and the students pay for classes with whatever teachers need—cutlery, art, advice—but never with money. A barter-based learning space, they called their project Trade School, and ran it for the first time out of a tiny store front on New York City’s Lower East Side. It was a huge hit. In just two years, Trade Schools have been popping up around the world and are now active in 15 cities and 10 countries, with almost no prodding from its founders. Caroline Woolard, a co-founder of Trade School, sat with me recently to discuss their growth and the challenges and opportunities they face when adapting their idea to an international audience.

TB: So, what makes people want to start all these Trade Schools?

CW: We actually ask people to make videos answering exactly that question. People do it for all kinds of reasons. In Oakland they are explicit about this being a project for educational justice because it is too expensive to get access to information. And in other places they want to do it to meet people who are really interested in sharing ideas—I call it “rigorous generous” people—who work really hard but also want to be in a community that is generous and vulnerable.

TB: Do you identify as a “rigorous generous” person?

TB: How does someone start a Trade School?

You could also just go start a Trade School without talking to me. You wouldn’t get our software, which helps you organize, and you won’t be part of the network of Trade Schools. In Cologne [Germany] and in Charlottesville, Virginia, they started a Trade School after emailing us once and just going for it. They did it way faster than we expected.  We have talked with them since and feel that they are doing things that are aligned with our principles, so we link to them from our website. But if you want to start a Trade School and you want advice and you want our software you just talk to me and I have a lot of organizational documents that I share.

[image_3_big]TB: What’s so great about this software?

CW: If you are in a place where a lot of the people will use the internet it is a lot faster to use the software. It coordinates all the emails—reminder emails, sign up emails—and all the administrative stuff I used to do by hand. Or Zubalsky built the software and Rich Watts and Louise Ma did the design. We are going to have a huge upgraded version that will be open source that we are raising money for now.

TB: How do you ensure that Trade Schools abroad are run in the best way possible?

CW: I don’t monitor the other Trade Schools closely. The kind of people who volunteer to spend 10-40 hours a week organizing a space that runs on mutual respect are pretty incredible. I talk to most of the organizers on Skype on a weekly basis so I have a sense of who they are. I have had really good debates with organizers about their vision and what frameworks interest them because I want to make sure we are in the same mindset or at least understand why we aren’t and that the difference isn’t too great. Also having them make videos about why they wanted to start a Trade School gives me a good sense of who they are.

TB: In expanding internationally, are there cultural differences that are hard to overcome?

CW: In Italy, they told us they think it is weird to serve coffee or tea ahead of time before the class. I don’t know why, but they said that was weird. In Cologne, there was a time when they only wanted to just have classes that are totally free. Now I think it’s just some classes. In Guadalajara, they said that if you take a class as a student you have to commit to teaching a class, so that all students will become teachers. Also in Guadalajara, in the beginning, the organizer said that no one uses the internet, so he uses flyers and a lot of analog, face-to-face organizing techniques to get people to know about Trade School. But now he does also post the classes on the internet.

[image_1_big]TB: Is there a reason Trade School is expanding so much right now?

CW: Maybe because the monetary system is failing people in a global way. Maybe because higher education is getting privatized all around us, and not only in this country. And lots of social services from health to education to arts are getting cut all over the world and people feel that some things just don’t work in a market economy. Some things are just about creativity and passion and people have a human right to them, so they want to make them happen whether or not their government is helping.

We also make it clear that we want you to organize a Trade School in your area. [Our website] says at the top, “Do you want to start a Trade School?” By making this very obvious, by putting our desire to share it with other people out there, anyone who could read English and was interested knows straight away that it is open to them. So I think making our desire to share it available helps a lot, because something like 10,000 people look at our website every month even when we aren’t in session.

TB: Is there anything inherently political about Trade School?

CW: I feel that all projects are inherently political because for me, politics is about recognizing each person’s power or agency. Just in the very idea of mutual respect, or students becoming teachers, we are trying to make each person’s power more visible. Also, Trade School is a big volunteer project and can’t be done alone. We want all organizers to organize as a collective or cooperative, and that in itself is about horizontal power and allowing voices to be heard and opinions to be discussed to make consensus possible.

TB: Are there any limits to Trade School’s growth?

CW: If each Trade School that opens doesn’t follow the principles of cooperation, especially the last one about cooperation between cooperatives, and other Trade Schools don’t help new Trade Schools open, we’ll have a problem because I can get really burned out.  Even if we don’t have money, if I do a good job of training the trainers, I think there is no limit to growth. Everyone can help another school start.

The other limit to growth will be if we don’t get help with the software, because if people want a website that functions really well, it will need to be continually maintained. We need to find more organizers on the tech end of things who want to work with Python and Django to make the Trade School software great. So that‘s another community—the online open software community—that we need to grow.

Tal Beery is an artist and activist in New York City.

Tal Beery is an artist and activist in New York City.