Barcelona Crowdsourced its Sharing Economy Policies. Can Other Cities Do the Same? - Shareable
Skip to content 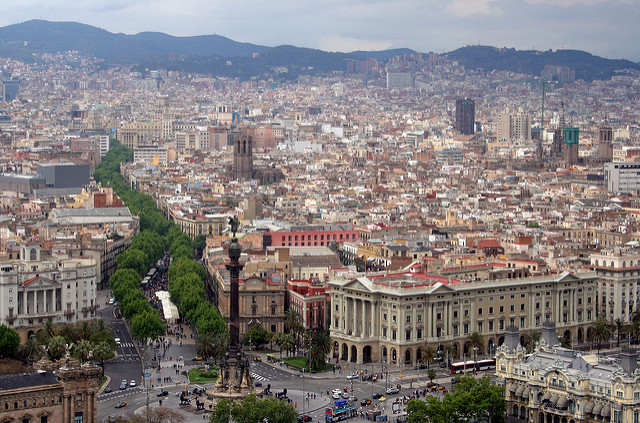 When the City Council of Barcelona asked democracy activist and researcher Mayo Fuster Morell for policy recommendations regarding the sharing economy, she suggested that the City Council take a different approach: Rather than relying on an expert to dictate policy from the top down, why not use a collaborative process to build a sustainable set of institutions and practices that would draw strength from the grassroots?

Fuster Morell crowdsourced a sharing economy policy framework through a series of in-person and online interactions with a range of stakeholders, including city residents, representatives of sharing economy initiatives, and municipal authorities. From the 120 policy recommendations initially drafted, Barcelona’s city council has since developed a collaborative economy action plan and provided funding to specific projects. Meanwhile, the broader conversation on the sharing economy in Barcelona continues through organizations including Procomuns, which started in March 2016 as a policy brainstorming forum.

Mayo Fuster Morell: Barcelona City Council asked me to advise them about what to do regarding the collaborative economy. I suggested that we build an ecosystem of public policies involving the different stakeholders. This way, even if there is a change of government in the next election, the city will have a structure of actors and relationships already in place.

At the City Council of Barcelona there is a lack of expertise in this matter. They don’t know about the technologies, or the companies involved because it’s pretty new. We have an historical tradition of commons production in the city. But until this government, there hasn’t been an institutional interest in supporting collaboration.

We built the stakeholder ecosystem in layers. The first layer is BarCola, a coworking group between the city council and the sector. To join BarCola as an initiative, you have to be active in Barcelona. We privilege organizations that take a commons approach, which means that they are based on cooperatives, foundations, or enterprises that have a democratic government system. We prioritize projects that are based on open source or open data, that are connected to social challenges in the city, and that have socially inclusive policies.

BarCola meets every month or month and a half. We also communicate frequently on a mailing list and Telegram. Our main concern is promotion. For example, we are not so much about penalizing Airbnb, as about how we build an incubating system and funding for new initiatives, to promote the modalities that we are more in favor of. The second layer of the ecosystem is Procomuns, which started as an event in March to open the proposals for policy recommendations for the city council. Four hundred people participated, and spent three days discussing how the city council can do support a commons development, and a collaborative economy. The event resulted in the Procomuns declaration with 120 policy recommendations. We sent it to Barcelona City Council, obviously, but also to European Commission and other organizations.

Now Procomuns is a monthly Meetup. At each meeting, we address different issues. We are going to do another big event at the end of June, in Barcelona. Out of the initial 120 policy recommendations emerged the third layer of the ecosystem, which is Decidem Barcelona. Decidem Barcelona is a participatory democracy platform for citizens to provide feedback on municipal policies in every area. Using Decidem Barcelona, we selected the policies that were more supported by Barcelona residents. With that, we defined the Barcelona collaborative economy plan, which has 80 percent of the 120 policies generated by Procomuns. It doesn’t have them all, because there are some areas that are not under the competency of Barcelona City Council.

Now we have a final layer of the ecosystem. We created an inter-area body inside of the city council, which coordinates what we are doing regarding transport, housing, tourism, and labor. This layer operates solely within the municipal government.

Tell me more about the city council’s response. Was creating a collaborative economy plan something that they were encouraging you to do, or did you bring it to them? How receptive were they, and where have they taken it since?

The current Barcelona government started 18 months ago as a citizens’ candidature with many non-professional politicians. For example, our mayor Ada Colau was very active in the housing movement. All of them were very much in support the idea of injecting the citizens into the policy process. There was not resistance.

What is the current status of the Barcelona policies?

The city now has a collaborative economy plan and budget. The plan is not available online, but to give you some examples of the measures involved: We created a program of entrepreneurship on the collaborative economy. We did a call for new initiatives, and we selected 30, to which we will provide mentorship, legal advice, and match funding. Like with BarCola, we prioritize the initiatives that are more connected to the commons. We have also been mapping the city council’s underutilized infrastructure resources, starting with computers, in order to put them to collaborative uses by the citizens. We have also begun a €100,000 match funding program, and are designing a collaborative economy incubator.

We support a lot of events. We provide funding for OuiShare; we provide funding for the local annual meeting of the social economy. We support the annual meeting of the city’s cooperatives. We also supported an event about do-it-yourself technology. We have a study underway on the level of participation in the collaborative economy within Barcelona. We are also developing a framework for understanding its impact.

What’s the timeline for the study?

The study will be ready in July.

A lot of what you’ve been able to do seems specific to Barcelona, to the political climate and the history and culture there. But have you heard from other cities that have wanted to model your process? Or were you looking at other cities as examples?

The geographer David Harvey has recently written and spoken about so-called “Rebel Cities.” Barcelona has been identified as part of a nascent network of Rebel Cities. What is a Rebel City? Why do they matter now? And what evidence is there that they are beginning to work together?

In the context of Spain, “Rebel Cities” refers to the cities that are governed by citizens’ candidatures as of the last municipal elections. In each case, a unique coalition won power — so they have their independence. But, recognizing the affinities between then, we built a network of Rebel Cities in order to exchange experiences and learn from each other. We recently suggested a similar process, building on Spain’s experience, for Rebel Cities in the United States.

This interview has been edited for length and clarity. Header photo of the city of Barcelona by Bert Kaufmann via Flickr.