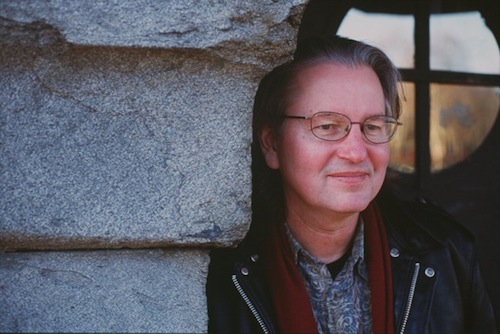 Today, Shareable.net publishes a new speculative fiction by Bruce Sterling, “The Exterminator’s Want-Ad.” To go along with that, we’re republishing this Q&A between Chris Arkenberg and Bruce Sterling, which appeared last week on one of our favorite blogs, Boing Boing. Chris writes about Bruce, “Through an electric career as a science fiction author, cultural observer, and futures provocateur he’s emerged as one of the most important voices of the nascent 21st century. He has a sharp wit, an impeccable turn of phrase, and a keen eye for spotting the most interesting and obscure trends before they hit the world stage. His 2009 novel, The Caryatids

, was released to glowing reviews by the likes of Cory Doctorow and Alex Steffen [and nominated yesterday for a John W. Campbell Memorial Award]. You can grab his daily brain feed over at the Wired blog, Beyond the Beyond. I got in touch with Sterling and asked some questions about cities…”

CA: What are some of the cities you find most interesting? Why?

BS: I go for Austin, Belgrade and Turin. Because I hang out there enough to have some idea of how they function. I’m also keen on the much bigger cities of Berlin, London, and Mumbai, but in a more detached way. I’m getting very interested in Sao Paolo lately.

BS: Well, the “valuable” aspect, or at least the interesting one, is that bigger towns are getting much more “urban-informatic” lately.There’s a lot of innovation in the urban fabric these days. Cities also seem to have political energy in an era when nations are getting weaker every day. For instance, the UK is a creaking financial wreck while Boris Johnson’s London is a freak scene.

But I’d also like to point out that large financial centers in certain cities around the planet are certainly going to kill millions of us by destroying our social safety networks in the name of their imaginary financial efficiency. You’re a thousand times more likely to die because of what some urban banker did in 2008 than from what some Afghan-based terrorist did in 2001. Financiers live in small, panicky urban cloisters, severely detached from the rest of mankind. They are living today in rich-guy ghetto cults. They are truly dangerous to our well-being, and they are getting worse and more extremist, not better and more reasonable. You’re not gonna realize this havoc till you see your elderly Mom coughing in an emergency ward, but she’s going there for a reason.

CA: Do you think governance can scale with the increasing size of megacities like Jakarta, Tokyo, Sao Paulo, & New York? Or are such cities doomed to increasing ferality?

BS: I don’t think urban scale is a truly serious problem. Tokyo and Jakarta share the same scale, but not the same problems. There are plenty of cities that are getting *smaller* and have some awful problems, viz Detroit. There are many cities that have outgrown their old infrastructure and become huge squatter camps, but that’s not inherently a scaling problem, it’s a management problem.

CA: How do you think the psychogeography of the city might be affecting identity and tribalism? Do you suspect the trend is more towards collaboration or fragmentation?

BS: That word “psychogeography” probably means something, but guys who use it go out on Situationist drifts and look for urban ley-lines. I do a lot of similar activity, but I don’t like to dignify it too much.

Modern large cities are the engines of globalization in the way that New York used to be an engine of Americanization. You look at New York back in the 1800s, obviously collaboration and fragmentation were going on there at the same time. Little Italy, Little Ukraine, whatever… but those sharp distinctions tended to melt with time. Cities that segregate their citizens into ghettos tend to go broke.

The infrastructure always ends up shaping people more than they think it will. Modern big city people tend to think and act like big-city people anywhere. A big-city New York guy sleeping in bus stations is as poor as his brother, some Deep South sharecropper. But the social chasm between those two people is immense.

CA: You talk about the favela chic expressions of the slums. In a world of increasing poverty do you see slums as incubators of the future or more as casualities of the past?

BS: To tell the truth, the slums are probably just as various as the cities. The slums were caused to exist for all kinds of different bad reasons. But the slums sure as hell have the birthrate to be the “incubator of the future.” The slums are the nurseries of our planet. Why we allowed ourselves to let that happen, I dunno, but it’s the truth.

CA: What, to you, are the most interesting possibilities of augmented reality, good or bad, for life in the city?

BS: Oh, it’s all about those nifty little navigation apps. They’ve got the means, motive and opportunity right now. But you don’t really need AR to do digital mapping of cities. AR comes more into its own with artsy, confrontational, bend-your-reality stuff. Like the Layar app that “shows” you the Berlin Wall in its fearsome glory as you are walking thoughtlessly through modern Berlin. Or the Museum of London “Streetmuseum” iPhone app that pastes historic photographs of London over the modern London you see in your iPhone screen.

Then there’s the chance of turning urban billboards interactive, and augmenting them. Not too much of that going on yet, but it’s a super-interesting idea. How come billboards are still so print-based and static? With displays as cheap as they are, paper billboards oughta be dying like newspapers.

CA: Finally, what song or artist comes to mind in your personal urban soundtrack?

BS: Two for the price of one: Ladytron, “High Rise” and “Fighting in Built-Up Areas.”