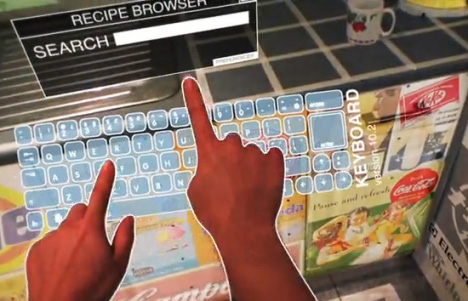 We’ve published quite a lot of writing about how we might experience urban life through augmented reality–see this speculative piece by Jack Graham and this Q&A with Bruce Sterling. Now, architectural filmmaker Keiichi Matsuda has produced a film that tries to envision life in augmented cities…in 3D!

The architecture of the contemporary city is no longer simply about the physical space of buildings and landscape, more and more it is about the synthetic spaces created by the digital information that we collect, consume and organise; an immersive interface may become as much part of the world we inhabit as the buildings around us. Augmented Reality (AR) is an emerging technology defined by its ability to overlay physical space with information. It is part of a paradigm shift that succeeds Virtual Reality; instead of disembodied occupation of virtual worlds, the physical and virtual are seen together as a contiguous, layered and dynamic whole. It may lead to a world where media is indistinguishable from ‘reality’. The spatial organisation of data has important implications for architecture, as we re-evaluate the city as an immersive human-computer interface.

This isn’t the first time Matsuda has tried to envision augmented environments. I actually somewhat prefer this earlier effort, the amusingly titled “Domestic Robocop,” which he produced as part of his masters in architecture: