Against the Crisis: P2P Reindustrialization! - Shareable
Skip to content 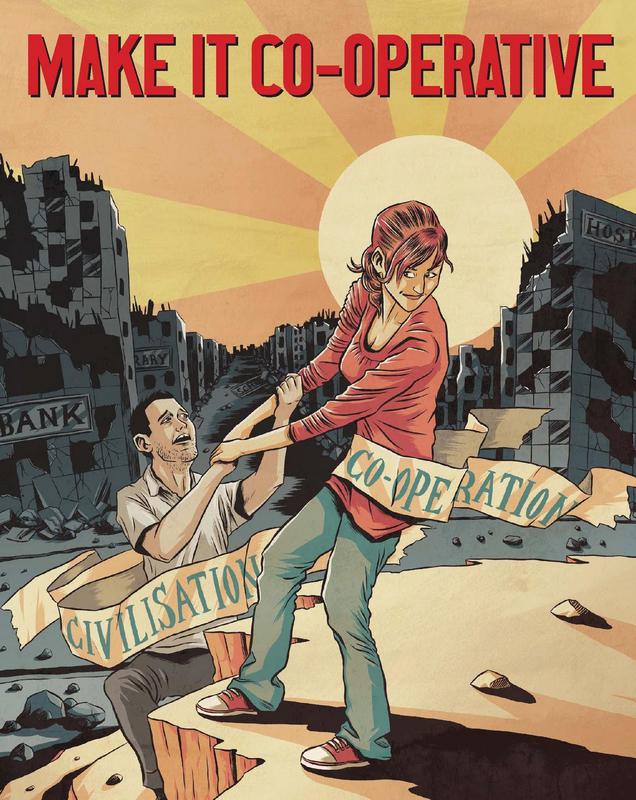 "A paper can change the present if it allows people to see a new world at hand" says Natalia Fernández.

The paper she talks about is the core of a campaign and a blog post entitled "Against the Crisis: P2P Industrial Revolution!" which is being discussed right now across dozens of towns and communities around Spain and Portugal. Its English translation is also quickly spreading around the world.

Natalia is probably the best known member of Las Indias, a transnational community that organizes its economy through a workers' cooperative group. Indianos, as members of Las Indias are called, believe that the neoliberal policies that lead the world to its biggest crisis in history, and the financial crisis itself, originated in the inadequacy of financial capital to the reduction of optimal scale of production fueled by new technologies of the last decades of the 20th century. According to indianos' theory, the future will not be made of big industries and large supply chains, but based on commons and small scale community-developed production.

"Against the Crisis: P2P Industrial Revolution!" describes what to do today in order to start small local P2P industries based on commons, an increasingly attractive proposal in Southern Europe, where the crisis is destroying small firms that used to employ a 70% of the working population.