Imagine browsing Airbnb for cheap lodgings in Manhattan and seeing the following. "Modern Boho Open Space," advertised at just $10 per night: "[T]his gem has tons of natural light, it's located in the heart of the East Village, AND [it has] unobstructed views of the park!" There must be a catch, right? Right. This and dozens of similar ads are part of the Homeless Airbnb project, an exercise in internet activism by Vito Catalani and Jamie Shin. Catalani and Shin, whose previous work includes the TipBombing campaign celebrating local street musicians, have created the postings—which feature actual sites occupied by the city's homeless—to raise awareness about and money towards solving New York's homelessness epidemic.

Alongside their tempting titles and price tags, the posts feature punch-in-the-gut images and prose. "Let the kids learn while having fun looking for books in the New York Library trash . . . And take advantage of the state of the art bathroom facilities at Cornell University and CUNY (if security doesn't catch up with you)," reads the ad for "Elegant Charming Space Midtown," offered at $13 per night. Each post concludes with a description of the Homeless Airbnb project, including Catalani and Shin's pledge to donate 100 percent of the profit earned through  Airbnb to area homeless shelters. 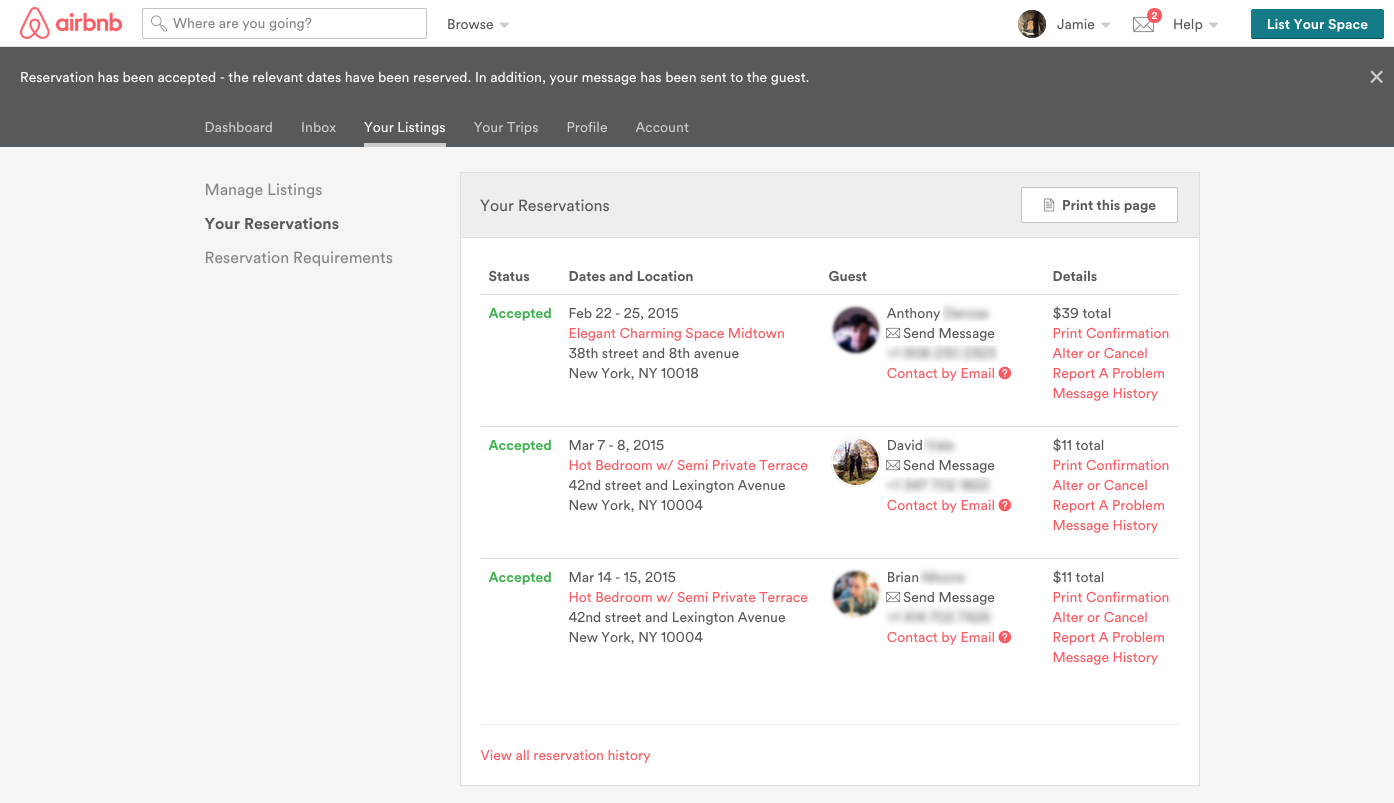 The Airbnb listings, designed to surprise and inform unsuspecting browsers, appear randomly on the site. For others interested in contributing, Catalani and Shin suggest donating directly to non-profit organizations including the New York Rescue Mission, Goddard Riverside Community Center, Common Ground, and the Jericho Project.