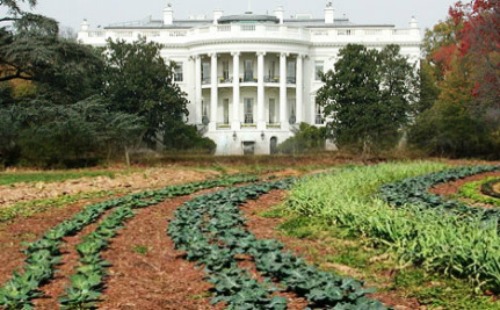 Ecomonic development has been the war-cry of local and state governments since the United States first dipped into recession. Like kids at a college party, smooth-talking ecomonic development professionals do their best to steal alone time with big corporations in hopes of wooing them back to their home towns.

But if you take a closer look, the traditional practice of "economic hunting" merely shuffles jobs around instead of actually creating new opportunities. By pandering to the "needs" of these big companies, economic development professionals teach them to wait for the lowest bidder, often pitting towns in the same region against each other.

Instead of creating a situation in which companies will leave town for a better tax break elsewhere, ecomonic gardening is an entreprenurial approach to economic development that places emphasis on the growth of small businesses that will stick around.

Economic gardening was first pioneered in Littleton, Colorado in 1989, and was based on research by David Birch at MIT that indicated the great majority of all new jobs and tax revenue in any local economy were produced by the smaller businesses of the community–not the mega-corps.

"After two years of formulating and developing the idea, we launched economic gardening with the simple concept that small, local companies were the source of jobs and wealth and that the job of economic developers should be to create nurturing environments for these companies," said Christian Gibbons, Director of Business/Industry Affairs for the City of Littleton.

The concept of economic gardening has since been emulated in cities all over the country, but all are passed on three value pillars of competitive information, physical and quality-of-life infrastructure, and connections among and between businesses and other community assets such as higher education, government programs, and business services providers.

Solidarity In The Garden

Economic gardening programs tend to focus their efforts on nurturing second stage companies: local enterprises already supporting between 10 and 99 employees that have moved beyond the stress of daily survival.

Since 1975, the number of employee-owned companies in the United States has grown from 1,600 to more than 11,000; they now represent about 12 percent of the private-sector workforce (CS Monitor). Many of these, such as the Evergreen Cooperatives in Cleveland, are following the example set by MONDRAGON over 50 years ago.

Usually executed as Employee Stock Ownership Plans (ESOPs), employee-owned businesses and cooperatives have been shown to create a more entrepreneurial environment than the typical employer-employee environment.

As part owners, employees are effectively entrepreneurs – they share risks and decision-making duties as well as rewards. Employees are generally happier because they control their work environment and benefit directly from their labors (and often make better wages since there's no  management and ownership layer to support).

Although it means a lot more people are involved in determining the direction of a company, sharing ownership with employees in no way limits the potential for growth.

Back in 1980, a 21 year-old Ricardo Semler took over a struggling São Paulo manufacturer, Semco, from his father and set about implementing a more democratic, participatory business structure.

In the 1990's, when the Brazilian economy went into a severe downturn, Semco's democratic decision making and profit-sharing structure allowed it to stay afloat while other firms laid-off thousands of workers. Semco employees agreed on wage cuts (instead of being forced) in exchange for increased profit-shares and employees were given the right to approve every expenditure. This sense of control and mutual benefit encouraged employee innovation and spawned some of the company's most successful products.

And industrial manufacturers aren't the only companies that can create new jobs under a participatory model of ownership.

Consider Arizmendi Bakery, a successful worker-owned collaboration in California that quickly expanded to support multiple locations. Or the Ronin Tech Collective, a worker-owned and operated technology business in Vermont that promotes workplace democracy and a democratic society while providing open-source website development and consulting for progressive businesses, non-profits, and cooperatives.

And as new realities push businesses to become more agile and responsive, employee ownership and / or management offers a smart way to transition away from failing top-down management strategies. Companies that are lead by highly-invested employees are more likely to weather tough economic conditions and provide employment over the long term.

If economic gardening programs were to include special emphasis on employee-ownership and provided intentional direction for second stage companies interested in this alternative structure, it could help to strengthen, stabilize and create a more inclusive local economies.