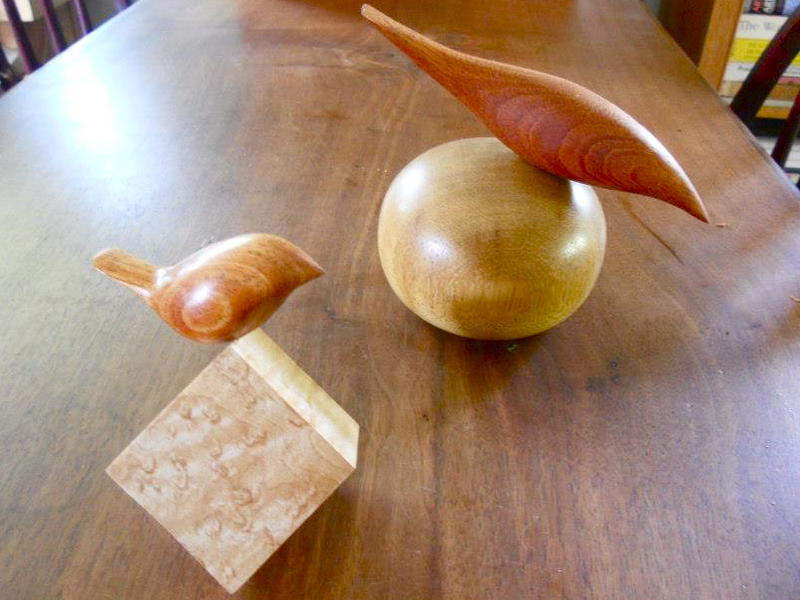 Recently, I explored the hopeful hypothesis that shared office space could restore dignity, and stimulate productivity and financial stability in the life of a broke freelance writer.

Two weeks after that blog post, and only a few months into my year of Coworking, I did what most people tired of searching the couch cushions for lunch money would do: I took a "real" job.

All niceties aside, I sold out of a certain dream I had (writing full time), in exchange for a stability I felt was essential to the dream: Paychecks. Regular. And large enough to cover all the bills.

Without so much pressure, creative ability could blossom and thrive, I mused, and withdrew my proud membership to the 100% self-employed population.

But while the sleep-robbing dread of my former life has receded, a funny thing has happened. I remember the hungry, fear-inspired frenzy that once fueled most of my writing, and I miss it. Along with the high blood pressure and ever-present sense of doom, the arrival of a steady paycheck sourced elsewhere has made me lazy.

This is not the blossoming and thriving I had envisioned.

In part, the solution must be one of finding balance. Fact: My new job at a telescope company is exciting and challenging. What I love most about it is researching and learning about our vast universe, which has spurred an unexpected appreciation and fascination with this pale blue planet we call home. But after navigating outer space all day at work, my brain is ragged. Instead of opening my laptop to work on my own writing when I get home, I plunge instead into the calm mental shade of a book, an episode of Game of Thrones, a coma-like sleep.

I'd like to call the last two months nothing more than a short-lived break, after a year spent failing to make ends meet on writing alone. But how many people have taken a job and never gone back?

“The majority of people sell out when they’re young,” says David Jay Brown, when I tell him my recent conundrum. Brown is a science writer and author of many books. He’s surprised at my surprise, and then so am I.

“Think about it, how many people had dreams in college and how many were actually able to endure the adversity and hardship of a creative life and bring them to fruition?”

I had never considered the ubiquity of the dream deferred, and I realize just how easily the dream could vanish to laziness.

Exhibit A: My attendence at the coworking office has slackened, and I feel the guilt of a gym member who sees the bottom of an ice cream container more often than the eliptical machine. The unaltered truth: when you work from home, what could be finished in two hours often takes eight.

1. Crack the whip of self discipline, and revisit the Coworker's Guide to Slaying Procrastination which I compiled earlier this year, with the help of my coworkers.

Once inside the Cruzio office, even on a crystal clear Saturday when the dust bunnies outnumber the people, I feel the warm embrace of control. I will always crave isolation and coffee and pajamas, but there's something about human contact, a change of scenery, and the collective hum of brain waves that helps me muscle through and get started.

2. If you're struggling to do what you love, remind yourself, what do you love most about it?

Last week, I posed this question to my coworkers and self employed friends and family, and here is a list of their answers. I wasn't expecting such a variety of answers, or for them to have such a moving effect when placed into a long list of positive, heartfelt passion for life and work. At the core of freelance passion seems to run three common threads; transformation, creativity, and helping others.

It's time to ask myself the same question.

What do I love most about freelance writing? Writing an aticle acts as a door to another human being who knows much more than I do about the thing that they are passionate about. Listening and learning from other human beings is a pleasure.  Spinning their story into a comprehensible piece of writing is the greatest challenge, of the process, knowing that it will invoke thought in some reader, somewhere, and maybe even impact the world in a positive way, is prime motivation.

It was never about money in the first place. The year I spent just barely scraping by was also the most alive I've ever been, because each day was directly fueled by a passion for whatever story(s) were on my agenda. Paychecks were an afterthought, and only when they didn't add up, a large and scary frustration.

In a creativity-versus-real-money-themed article called I’m For Sale, writer Emily Gould told Elle Magazine: "'Do what you love and the money will follow'… is great advice for people who love neurosurgery or filing briefs.

But the fact is, after publishing her first book at 28 and subsequently going broke, she didn't give up writing—she just wrote more about being broke.

Nobody pursues writing with dollar signs in their eyes. I would say, most people write because they get addicted to that feeling that comes when it starts to flow, when the heartfelt truth begins to dance on the page. Even if it takes hours of rearranging cinderblocks among folds of gray matter before that zone is reached, which it often does.

The same must be true of all self-employed enterprises, and if you're lucky, "real jobs too. The proof can be found in the What Do You Love Most About What You Do? list. At the core of each answer is passion, an unignorable need, to create or collaborate or transform. To forget one's initial passion is the first step to deferring a dream.

"'Do what you love 70 percent of the time and spend the rest of the time doing various things you hate, or that are difficult for you, and see what happens' might be better advice," continued Gould.

And for those who persist, maybe the money does follow the non-neurosurgeons and lawyers… at lease enough to survive and answer a question about what you love most about it.

With the birth of a new job and new passion comes the challenge of incorporating them into the juggle of my freelance life. Even now, mind blowing concepts and images of the universe are whispering that they would like to be exposed here, but I've yet to figure out how to make them relevant and useful.

Turning my brain off at the end of the company office day is tempting, but a few notes, a few emails, and a couple paragraphs before doing so could be the difference between a dream realized and a dream deferred.