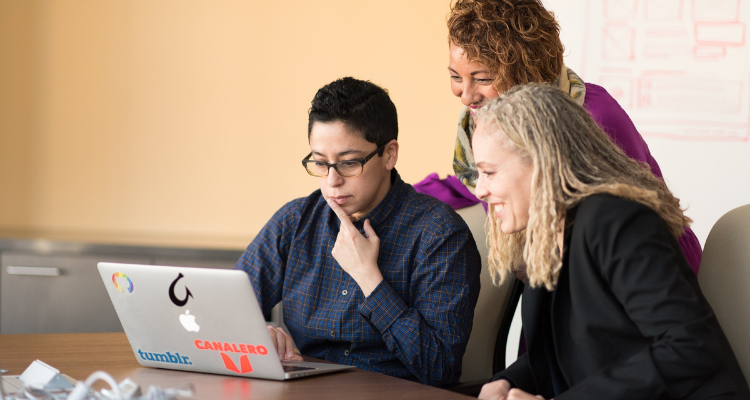 The application of new technologies is promising, but maintaining the values of resource communities (such as social and ecological well-being) should take precedence in the design process. Credit: Unsplash

From energy communities to local car-sharing schemes; from co-housing developments to urban farming collectives: the last decade has seen a surge in resource communities. These are groups of people that live, work, build, produce, and consume together in new ways. Their aim is to produce collective benefits, and promote the social and ecological well-being of the community.

In a similar vein, digital technologies such as the internet of things, online platforms and digital ledgers have presented themselves as a potentially useful tool for resource communities to manage and oversee of their usage and contributions. These new digital platforms can be used to inform community members, match supply and demand, keep records of production and consumption, coordinate interactions and manage trust, reputations and rights. To do so, they make use of sensors, algorithms, and databases; and they may also include digital currencies, reputation systems, and decentralized database technologies such as blockchain and smart contracts.

The challenge of designing with new technologies

Creating digital platforms and infrastructures for resource communities can be a challenge. Designers and technologists find themselves working with brand new technologies, where there are no well-trodden paths or extensive template libraries that can be easily implemented. To add to that, these technologies are not inherently neutral tools. They come with their own affordances and limitations that set the stage for eventual interaction between community members.

In addition, designers must explore how the systems they are building can be best designed to address the values of the resource community. Rather than optimizing for the most efficient service at the individual level or the most economical use of resources, these communities often aim to strengthen their social relations and contribute to environmental sustainability. Not all of these values may be clear from the get-go, and tensions may arise between the different values at play and the various interests of stakeholders, as well as the affordances of the technologies involved.

Circulate identified the following six design dilemmas that point to possible tensions between the application of promising new technologies and the values of resource communities, such as social and ecological well-being:

These dilemmas are to be considered in gradient scales, rather than binary opposites. So, it’s important to note that one end of the scale is not by definition “better” than the other. The challenge for designers is to locate a position that aligns the various values and goals of resource communities with the design of the platform.

To address these dilemmas, a Value Sensitive Design (VSD) framework can help explore the values at stake, the affordances of technologies, and the motivations and interests of stakeholders.  One of the main outputs of the Circulate project is a design canvas that can aid designers in the complex process of value discovery using a VSD framework. It relates to technological innovation and the design of actual services and features of digital platforms for resource communities. As such, it can help structure the design process from the start. Alternatively, the canvas can be used during the design process to explore how various values found in a particular community relate to the features of a particular digital service. The six design dilemmas are meant to further explicate some of the tensions that may arise when encoding these values into a digital infrastructure.

For more details, watch the helpful video below:

Civic Interaction Design is an interdisciplinary research group at the Amsterdam University of Applied sciences that manages research and education programs in the fields of playful interaction, virtual reality and civic media. Researchers in our group explore both the design process of these new technologies, as well as their application and societal impact.

Martijn de Waal is a Lector (professor) leading the research group of Civic Interaction Design. He has a background in journalism, media studies and practical philosophy, and is

Martijn de Waal is a Lector (professor) leading the research group of Civic Interaction Design. He has a background in journalism, media studies and practical philosophy, and is now exploring the connection between these disciplines and the field of design.

Morgana does communications and production for the research group of Civic Interaction Design. She has a multidisciplinary background in architecture/urbanism, arts/culture and exhibition design. She is passionate about

Morgana does communications and production for the research group of Civic Interaction Design. She has a multidisciplinary background in architecture/urbanism, arts/culture and exhibition design. She is passionate about all forms of art, design, and storytelling.