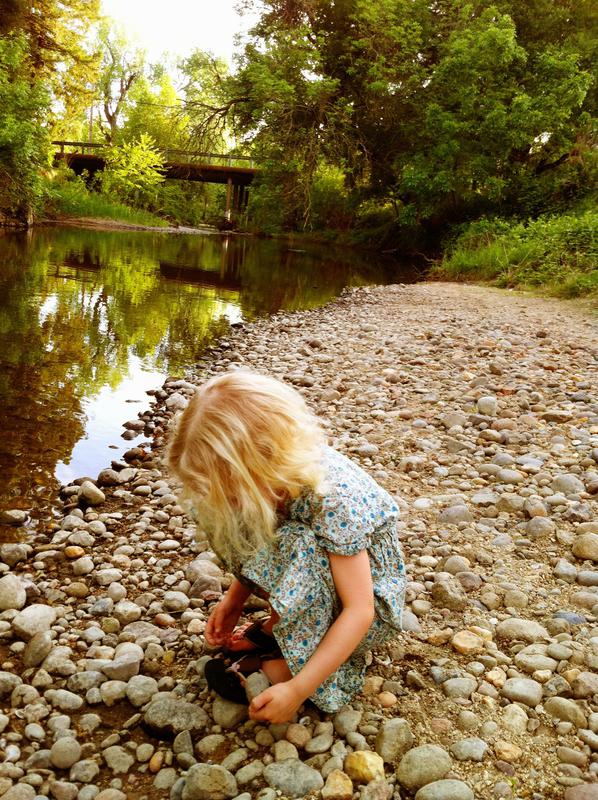 If you’re anything like our family, financial limitations mean an under-scheduled summer, which can translate into a lot of bickering and boredom. Not to mention, the parental guilt can really get to you when you’re seeing friends posting pictures of their family trip to the shore or Lego Land, especially if even a local day camp seems economically out of reach. Remember this, Mom and Dad: it’s the simple adventures they can have without spending a dime, in your very own neighborhood, that will build memories of happy childhood summers.

Think of your town or suburb as a wild human habitat. Let them find and enjoy play spots outside official, sanctioned playgrounds. My kids have, for years, visited a vacant lot that they call “Nature Center.” The last time they went, they spent hours constructing a fort, and later found that what they thought was merely a wall of ivy was actually concealing a part of what might have been a barn or a shed. This led to frenzied spelunking, vine-swinging, and the triumphant finding of various trophies: a putty knife, a totally-almost-not-broken toy, and a partial roll of what looked to be roofing paper. I put my adult judgments aside and let them have their adventures. 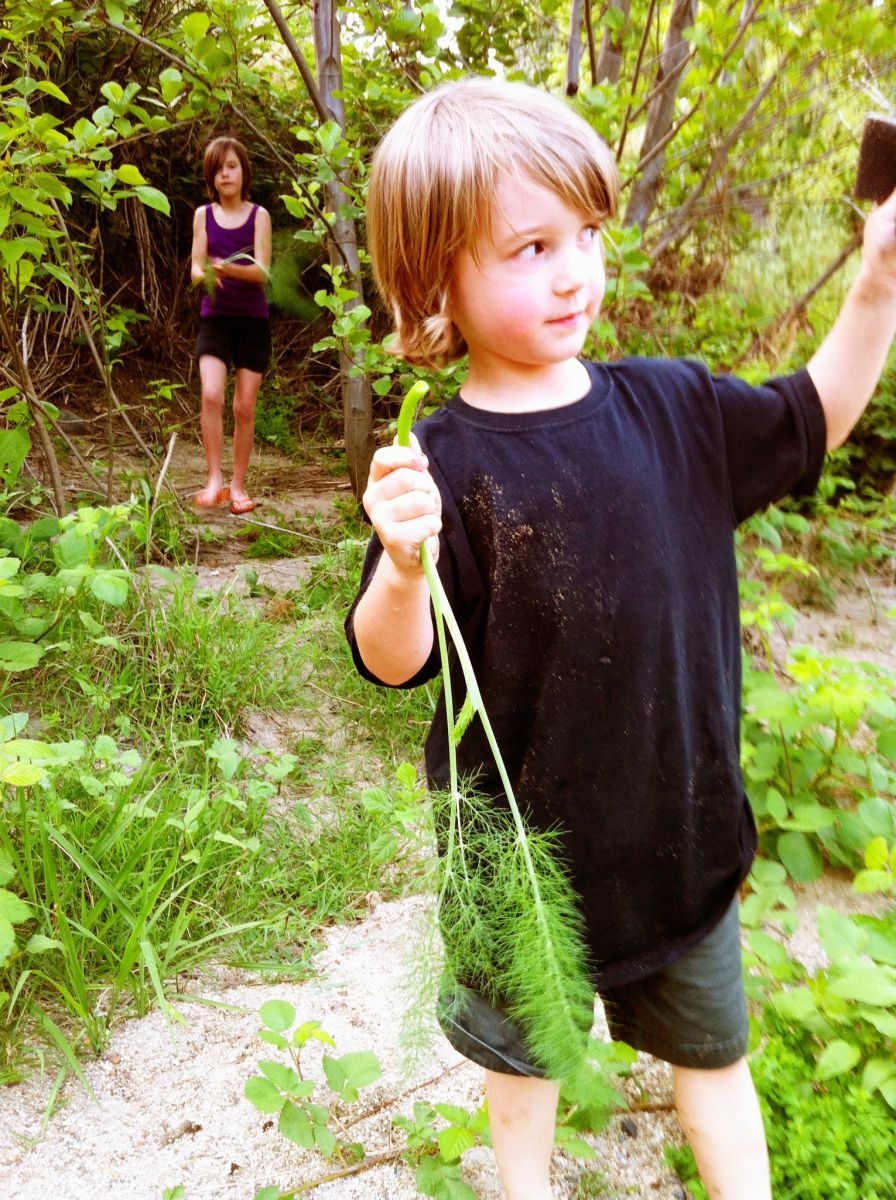 One thing that has worked for us is to break more rules. Not the rules that matter and keep everyone safe and sane, but just small extravagances such as letting them move the furniture for  fort-building. It will keep them happy for hours, and once you’ve reconciled yourself to inevitable cleanup at the end of it all, it can be extremely liberating to just let it happen. Similarly, a couple weeks ago, we gave the kids dry-erase markers and let them draw and write on any mirrors or windows they wanted. 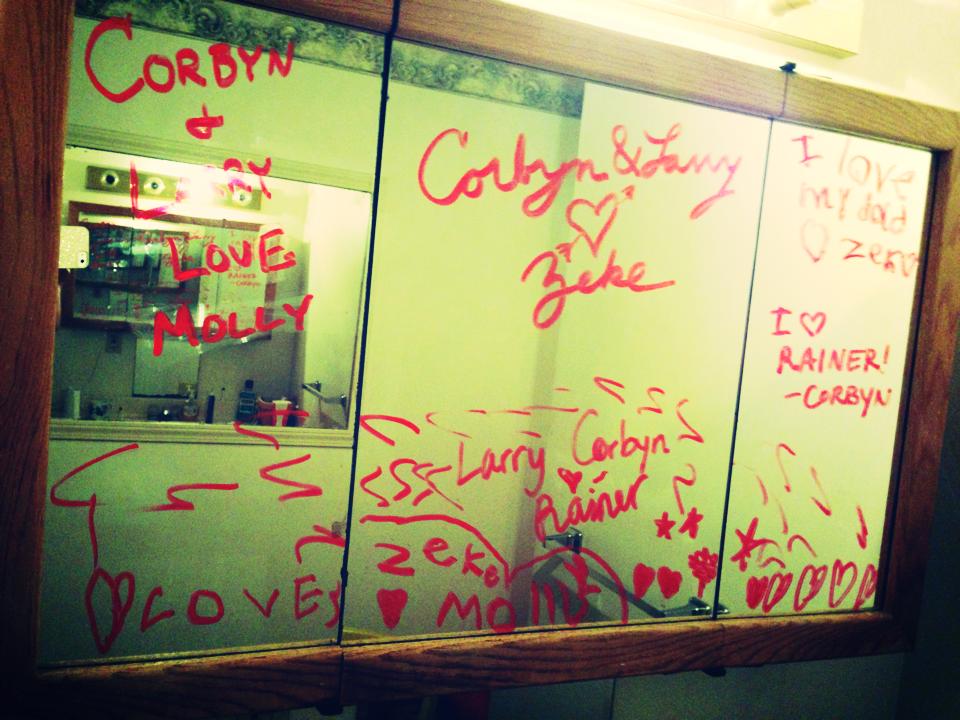 Send them out to pick blackberries, or any other wild crops they can forage in your area. Blackberry bramble grows wild in a lot of places. It’s easy to identify, with spreading thorn-covered vines and broad elliptical leaves. Sometime in the late spring,  they’re covered with white blossoms that eventually turn into tight, chartreuse clusters that mature until they become soft, darkly purple berries by July or August.

Help your kids keep an eye on their maturation cycle so they don’t miss the window of time after they’re no longer too sour and before the summer sun has finally had its way with them and they’ve become hard, shriveled black husks. Make sure they’re suitably prepared to wrangle with the thorns, which can be fine and almost imperceptible. It’s best to go out early or late, so long sleeves can be worn for protection. Bring empty jelly jars, but not big ones—big ones mean too much weight on the bottom layers. Let your kids eat their harvest, or (for a low-parental-involvement “recipe”) make into fruit smoothies.

Let Them Run the Garden

In keeping with the theme of crops and harvests, seriously put your kids  in charge of the garden. All that’s usually required is conscientious watering, but keep them responsible for that along with attending to weeding and picking what’s ready to eat. Let them tell you about the way the leaves droop on a hot afternoon, about the aphids and the ladybugs, the worms they spot in the soil, and when they think the melon will at last be ready to harvest. Send them to work on it every day, and let them give you a farmer’s report. And if you’re not lucky or ambitious enough to have a vegetable garden, give them a section of the yard to manage . . . or even a couple seedling pots on the windowsill. Just get them involved with dirt and growth. It connects them with the origin of our food and with the cycle of life. Make sure each evening that they have a stubborn ring of grime around each nail bed that resists all scrubbing, and smells like earth. 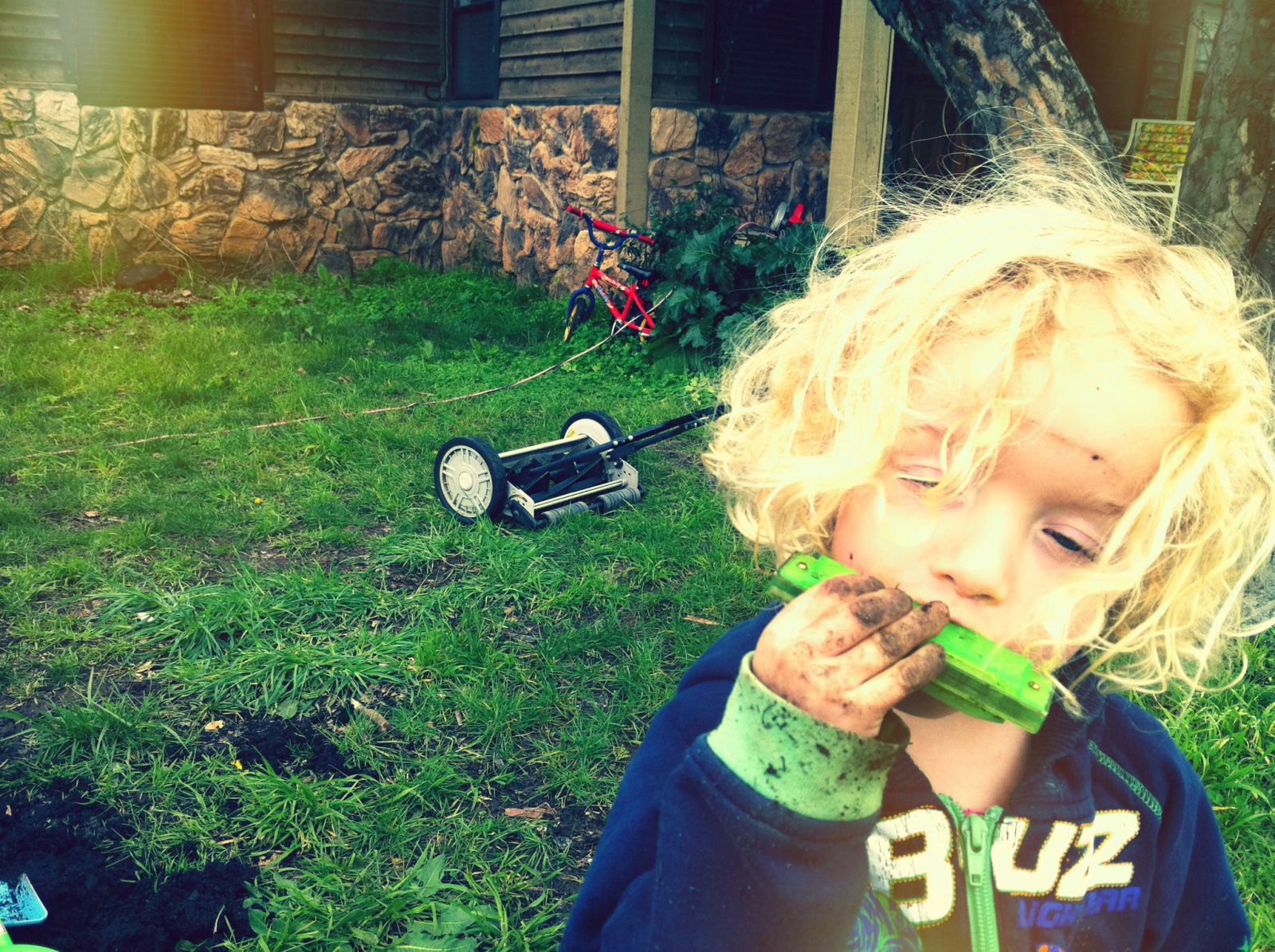 If, like us, you’re lucky enough to live where it’s reasonably safe, toy with the idea of letting your children run simple errands for the family. We live a half-mile away from the public library, and our seven-year-old has begun to check out and return books by himself. A lot of this is dependent on your child and everyone’s comfort level. We confirmed with our local law enforcement that there is no minimum age at which a child can free-range in the  community, and since Zeke showed every sign of being of ready and responsible, it was wonderful for everyone. (And no one will fault you at all if you creep along at a distance the first time or two, hiding behind trees and telephone poles.)

A baby step towards letting your child handle a simple errand on his own can be encouraging several neighborhood kids to band together to do things as a group. We have befriended like-minded parents in our area, and when our kids have free-ranging adventures together, it functions as pack security. Not to say they never experience any sort of danger, but with several children playing and exploring together, there’s someone to report home to us if there is a problem or an injury. A middle-school aged child can handle a whole passel of charges if they’re happily engaged in distracting activities outside.

Send Your Kids Up a Creek

We have a hike-and-bike trail near our house that follows a meandering creek, and our neighborhood crew of children will often spend hours there. They roll up their pants legs and go creek-walking to access the best blackberry harvest, they pick fennel, and they skip stones. The other evening they came home and breathlessly told us about an imaginary world of play they’d enjoyed for hours; they called it “The Cliffs of Abandon.” We didn’t think anything was unusual about their creek play until a child visited who’s raised under more regimented confines. She couldn’t believe our kids were allowed to wade in the creek, or that the blackberries were actually safe to eat. Now she’s an active member of our pack of wild children. 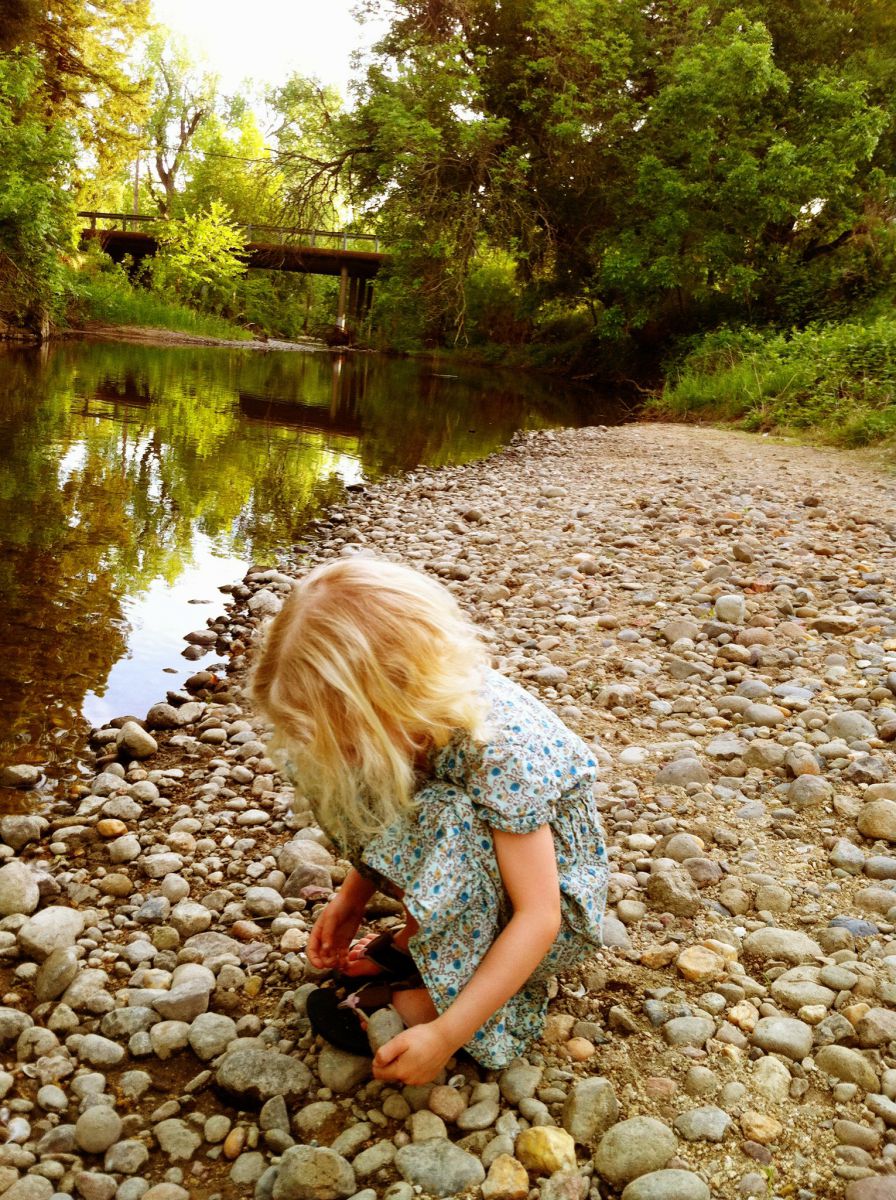 A boy my son plays with just recently returned home from a week vacationing with his family at the Disney compound. They live a few miles away from us in a lovely house in a pristine neighborhood. He’s a sweet kid and we all enjoy his company. Zeke mentioned, though, that his parents don’t let him play outside unattended, and that he’s not allowed to ride his bike in the neighborhood because it’s “too hilly.” I’ll take a summer of mud-pies and pillow forts for my kids over that, any day.