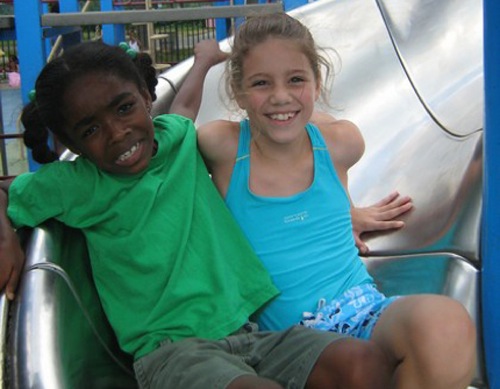 In the middle of the Bronx in New York City, a community is redefining what family housing can be. Home to over 150 residents, the PSS/WSF Grandparent Family Apartments provides parenting workshops, after-school programs, counseling, community get-togethers, legal services, job training, summer camp and more. The catch is that you have to be a grandparent raising a grandchild to live here.

Families headed by grandparents, or grandfamilies as they are often called, are a growing segment of the population. According to the U.S. Census, nearly 5 million children across the country live with grandparents and of those, 2.5 million have no parent present in the home. Brought together through a variety of circumstances including parental substance abuse, mental illness, incarceration, death and military deployment, these families exist in high numbers and face a unique set of challenges including the navigation of a wide generation gap, which is where the Grandparent Family Apartments team steps in. In addition to providing housing, the organization, which was created through a partnership between Presbyterian Senior Services and the West Side Federation for Senior and Supportive Housing, provides emotional, psychological and social support for both the grandparents and the grandchildren. 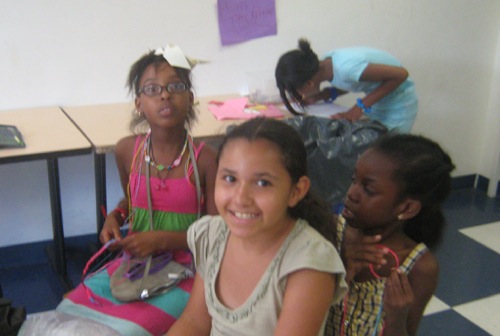 Aside from providing a bridge between generations, Chapple and her team work to create a sense of home, well-being, support and community among the residents. The children can go to neighbors or staff if they need anything and the grandparents know that their needs and concerns will be addressed by a dedicated staff. The organization’s offerings include counseling, classes, workshops, social events, educational assistance, cultural events and arts and crafts. Its mission is to “provide safe and affordable housing and support systems that enable grandparents raising grandchildren to reach their full potential and their grandchildren to gain the emotional and educational tools essential for success.” 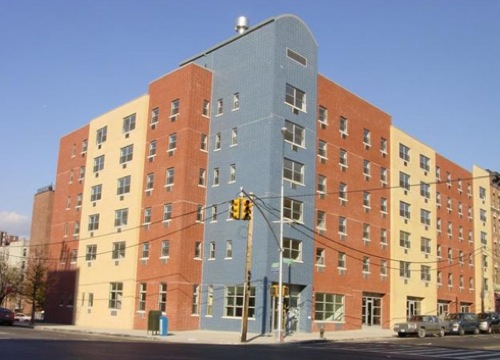 Built in 2005, the Grandparent Family Apartments was the first housing community to be built specifically for grandfamilies. The hallways and doorways are wide enough to accommodate wheelchairs, there is an activity/homework center for the children to go after school, there’s a computer lab, 24 hour front desk service and a library. The goal is not just to provide a nice place to live, but to support the grandparents by helping raise the children and give them the tools that they will need to be independent at an early age.

“Children are used to having their parents live for 60 or 70 years,” says Chapple. “With grandparents it’s not like that. They’re already in their 60s. We spend a lot of time getting the kids to become independent. We focus on social issues, academics, life skills, how to relate to others outside of the building.”

“Out of 93 children right now, only eight of them are not on the right track,” she continues. “But those eight are still here asking for help. Kids need someone to hear them and give them guidance.” 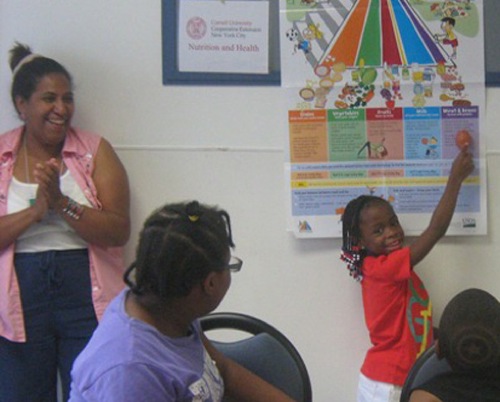 Both staffers and residents of the apartments recognize the importance of having children stay connected to their families and out of foster care. Maria Vega Rodriguez, one of the grandmothers, tells me that she stepped in to raise her grandchildren because she didn’t want them to end up in the system, living someplace they didn’t have family. She calls the apartments “a wonderful, wonderful place to live.”

“I have a lot of new friends,” she says. “If we have a problem we just go downstairs and talk to them and they help us, they listen to us. They have programs for us when the kids go to school and programs for the kids to finish the homework. They’re always here for us and for our kids,” she says. “They’re here for everything.”

Around the country, states are increasingly focused on keeping families connected, with many offering programs and housing for grandfamilies and other relative-headed families. There are grandfamily housing units in cities across the country including Boston, Milwaukee, Baton Rouge, Kansas City, Detroit, Phoenix and Cleveland, and many more in the works. The GrandFamilies House in Boston, was the first of its kind; a nursing home that was renovated and converted into a grandfamily housing unit. Established in 1998, it has served as a model for several similar projects.

On a federal level, The Fostering Connections to Success and Increasing Adoptions Act of 2008 made significant reforms for children in foster care, including increased assistance for “grandparents and other relatives who have stepped in to help keep children out of foster care.”

“There’s been a lot more attention paid to the role that grandparents can and do play in helping raise children in recent years,” says Donna Butts, executive director of Generations United, a national advocacy group that focuses on inter-generational programs. She explains that states are working hard to make sure that children can stay with relatives, understanding the value of a young person staying connected to their roots.

“The grandparents let the children know about the past; the legacy of the family,” says Chapple. “Without them, you don’t have that.” 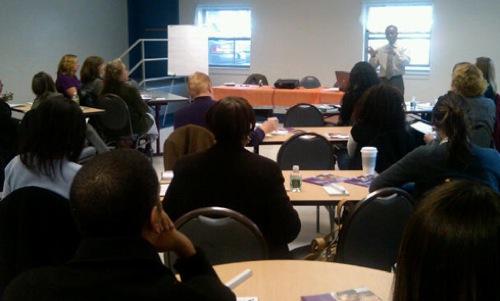 In addition to keeping family connections intact, there are numerous benefits to placing children with relatives rather than in foster care. A Center for Law and Social Policy study found that children in the care of relatives experience greater stability, have fewer behavioral problems and score better on a range of physical, cognitive and skill-based domains than those in foster care.

Having a community of people in similar situations also creates a sense of belonging for people who find themselves in non-traditional family arrangements.

“Oftentimes what you hear about is kids who will fudge about their family situation at school or with their peers, or grandparents that feel they need to keep what’s going on with their family secret,” says Butts. “But in grandfamily housing, there’s an understanding that these are good people who are dealing with a tough situation.” 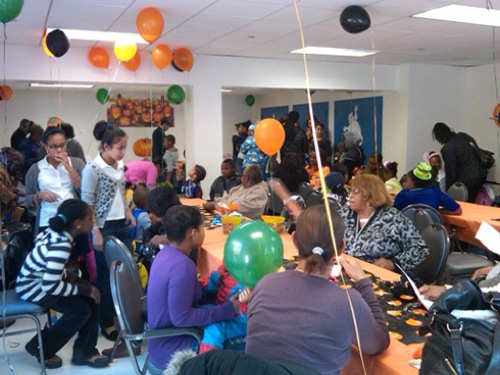 To be eligible to live in the apartments, grandparents must be over 62 years of age, be the legal guardian of their grandchildren and make below the median income for the area. Rent is subsidized, with households paying 30 percent of their adjusted income. While public funding for the apartments has recently been eliminated due to state budget cuts, PSS executive director Rimas Jasin stresses that belief in the program is unwavering saying, “Despite this surprising and short-sighted lack of government support, PSS is determined not to abandon the grandparents and has continued to operate the program.”

A model for inter-generational housing, the Grandparent Family Apartment project is a great success and people visit from all over the country to see how they can replicate it in their towns.

“I think that this concept should be replicated more,” says Chapple. “We’re able to assist on every level of the child’s growth, and the level that the children are able to achieve is because of the assistance we give them. It’s a model that should be followed because it works,” she adds. “It truly, truly works.”