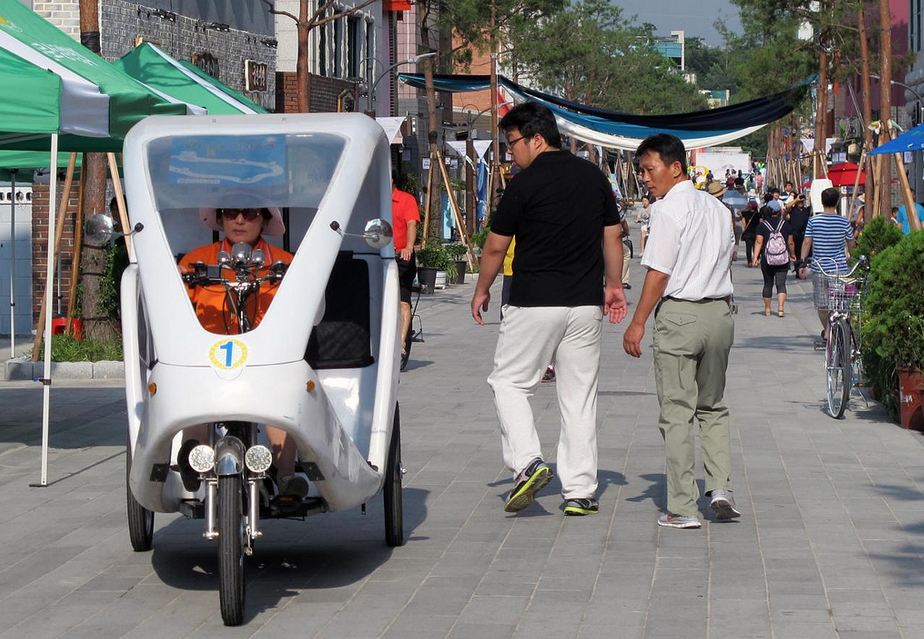 South Korea is, one project at a time, transforming itself into a model of shareability. The city of Seoul, with its Sharing City Seoul project, is positioning itself as one of the world’s great sharing cities and now, 4,300 people in the Haenggung-dong neighborhood of Suwon, which is 30 km south of Seoul, have gone car-free for the month of September.

Part of the month-long EcoMobility Festival, an entire neighborhood has committed to walking, cycling, and use eco-mobiles. Residents of the neighborhood moved their combined 1,500 cars to an offsite location and as we approach the end of the month, the streets have remained 95 percent car-free. This is all happening despite a massive influx of international visitors for the festival which offers “a peek into the ecomobile city of the future by transforming an urban neighborhood into a people-oriented environment.”

Ciclovias, Open Streets and other events where pedestrians and cyclists take over the streets demonstrate just how much people want to be out and about among each other, without cars clogging things up and making it dangerous to get around. The EcoMobility project takes this car-free environment a giant step further.

Consider that the car-free event in Suwon is not for a day, not for a week, but for an entire month. That means that people—over 4,000 of them—coordinate school and work schedules, entertainment, socializing and shopping, without cars. This deserves some major props. So, kudos to you, Haenggung-dong, and keep us posted, South Korea, on what you’re up to next as you take the city of the future off the drawing board and into the streets.