3 Highlights from Somero 2015 in Gijon, Spain - Shareable
Skip to content 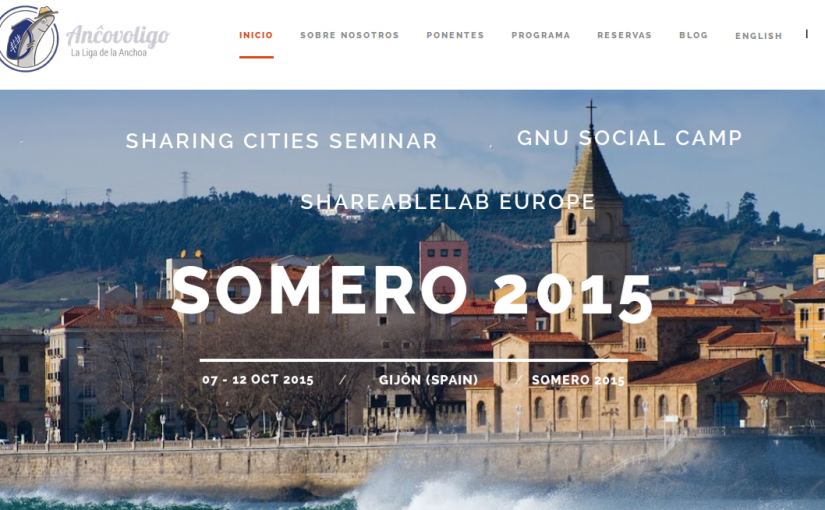 The uniqueness of the location, hosts, and participants added a highly rewarding dimension to the ambitious conference agenda. Gijon, the largest city in the autonomous region of Asturias, features a gorgeous beach, vibrant nightlife, a city center dating from Roman times, and fabulous cuisine made possible by verdant lands, a productive sea, and influences from many cultures including the Celts (bagpipe music and cider are cultural staples). The members of Las Indias Coop, the lead hosts of Somero 2015, are consultants, Go players, Esperanto speakers, software hackers, science fiction geeks and die-hard intellectuals. There is no way to get bored in conversation with their curious and kind-hearted member-owners. Not surprisingly, they attracted equally interesting participants, which made for great fun and learning.

Below are three highlights from Somero 2015:

1. Sharing Cities Seminar. Shareable's Tom Llewellyn, Las Indias’ Carolina Ruggero, and I lead a two-day sharing cities seminar with a small group of local changemakers and politicians. We shared our concept of sharing cities, our policy guide, and our community organizing strategy. Carolina gave a primer on network technologies and their role in social change. We learned that the knowledge we’ve gained over the last few years, and sometimes take for granted, is much appreciated. We plan to do more education in 2015 as a result.

2. GNUbnb. Hackers Manuel Ortega (Las Indias), Hannes Mannerheim (Quitter), Mikael Nordfeldth (GNU Social), and others coded an alpha version of an open and distributed hospitality network based off of GNU Social’s codebase and Quitter’s interface (similar to Twitter’s). What Quitter’s says of itself gives you just hint about the motivations for this effort, “We are a federation of microbloggers who care about ethics and solidarity and want to quit the centralised capitalist services.” GNUbnb is a module of GNU Social and features a distributed but connected architecture. That means that even though you install your own instance of GNU Social / bnb for your community, your users can interact with users on other instances as if it’s one platform. This is yet another bold initiative in the growing platform coop movement, which Shareable has written extensively about and is helping to catalyze.

3. The End of Banking. Journalist Jurg Muller introduced his new book, The End of Banking, on the impact of distributed technology on traditional banking. His presentation outlined how ambitious professionals leveraged network technologies to hide risk, create new shadow banking empires, and nearly crashed the global financial system in 2007-08. What he suggested was that rather than using network technologies to bolster traditional banking as in the past, it should be used to obsolete it. Digital technologies offer a new, more stable, transparent, and fair way to organize our financial system. The book offers a blueprint for this.

I could go on and on. Somero 2015 was an embarrassment of intellectual and experiential riches. I’ll end by simply recommending that you come next year.