Dispatches from the 2nd Global #MapJam - Shareable
Skip to content 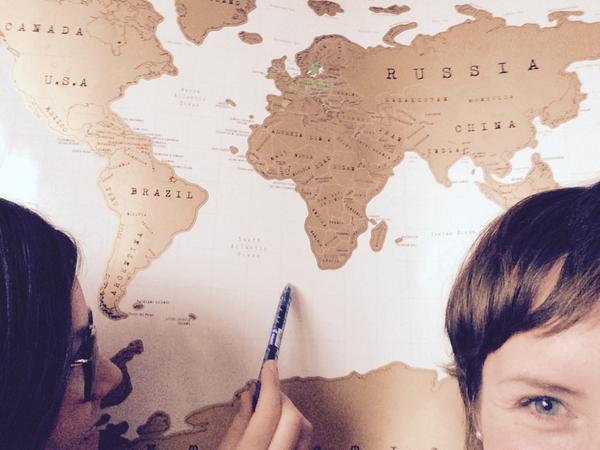 The second annual global #MapJam is just wrapping up and we are totally blown away by the results! With countless mappers participating in 60 events in over 50 cities and 22 countries complemented by the hundreds of Twitter and Facebook posts the momentum to showcase and grow local sharing and new economy projects may have just reached the tipping point.

New maps are being added to the growing listing of community maps nearly everyday. Some cities have already scheduled follow up events in November to continue expanding the content and reach of their new maps. We’ve pulled together reports from nine of the most exciting #MapJams from the last few weeks, see below.

If you weren’t able to schedule a #MapJam in October, it’s not too late!  There’s still time to ride this empowering global wave by hosting a #MapJam event in your community. Please sign up here or click on the big pink “Host” button below to register your event and get the host guide. 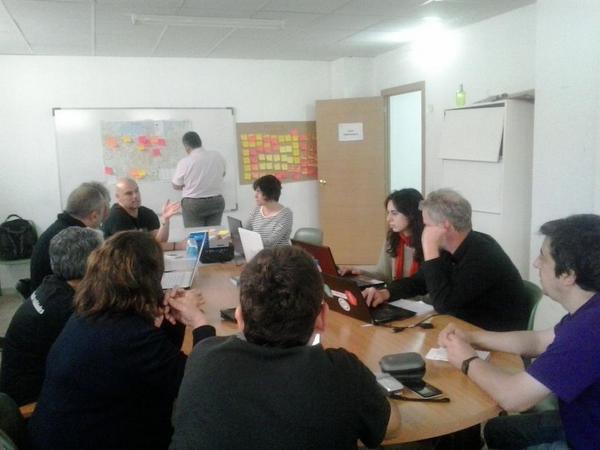 In Gijon, Spain the mapping process helped participants realize that many of the local sharing and civil society services are government funded. Including buying cheap drugs from India. While this may seem like a good thing, it’s not if the services are being decimated by austerity measures. The map helped them understand their vulnerability to government cuts and think about creating citizen support for these programs or creating new, citizen lead alternatives. The Gijon #MapJam was hosted by the lovely people Mar de Niebla (a local NGO supporting at risk youth) with support from Jacinto Brana Santos of PENSAR Consulting, David de Ugarte and the team at Las Indias Cooperative, and Neal Gorenflo of Shareable who was in town for the Beyond the Sharing Economy conference hosted by Las Indias and an amazing collection of partners including Shareable. 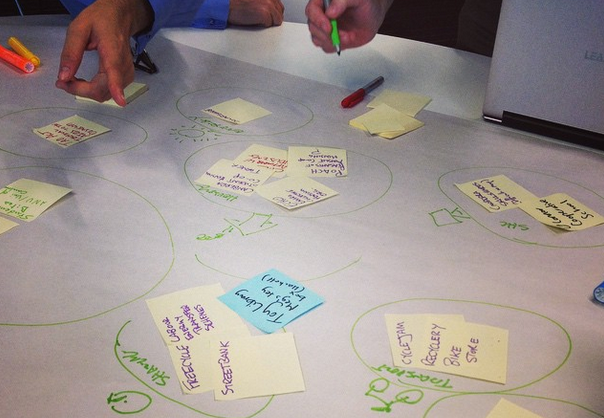 In Canberra, Australia the #MapJam was added to a #ChangeFest facilitated by David Pecotic and #ChangemakersCBR complimenting the workshop and discussion featuring local and global ‘sharing company’ representatives. They also had a very lively conversation on twitter leading up to and during their event which can be seen on their Storify page. 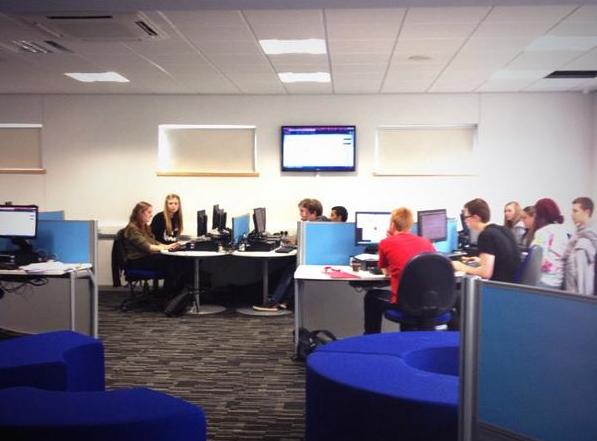 In Leeds, UK Liz Cable lead a group of students at Leeds Trinity University in a multiple session #MapJam. They put a lot of time and energy into promoting their project and were successful in getting their own hashtag #LTMapJam to hit the global trend! Check out the Leeds Trinity MapJam inspired #LTMapJam Playlist. You may want to listen to it as you continue to read this post! 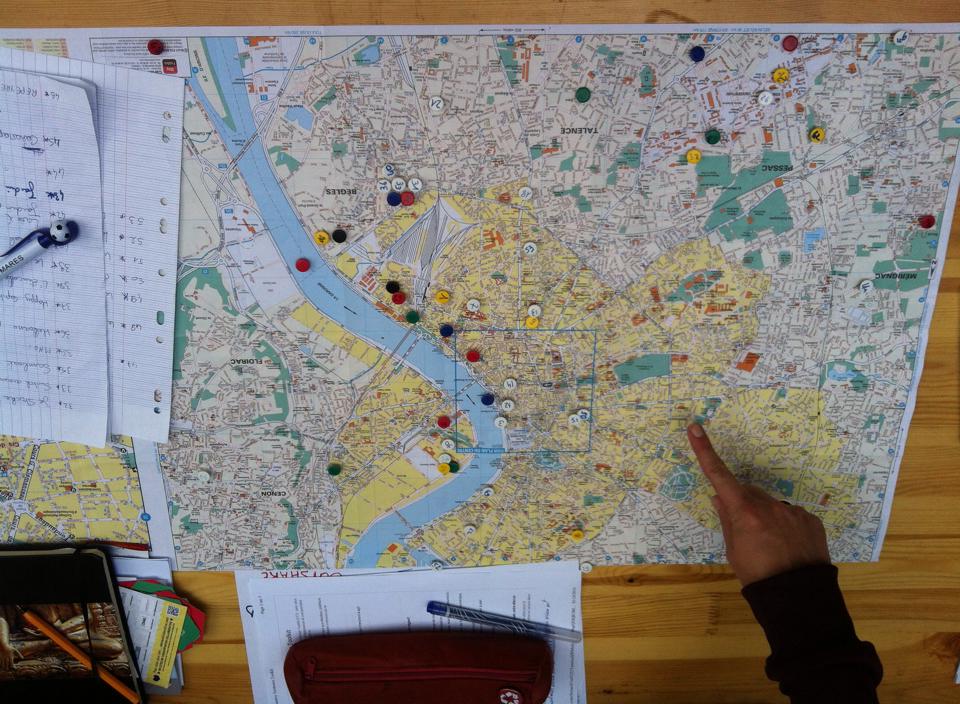 Mappers convened by Samuel Roumeau in Bordeaux, France worked off a local paper map with pins (old school way :-)) as there was no internet connection on the site. It was still a success and they mapped 60+ collaborative initiatives/places over the city with 30+ contributors. Next up they will do a second version of the #MapJam on November 22nd – with OpenStreetMap that time – as part of the “Forum Social” organized by the city of Bordeaux and the city may put the map on its website as well. Hint: other Map Jammers may also want to network with their local governments to get more visibility through public administration websites. 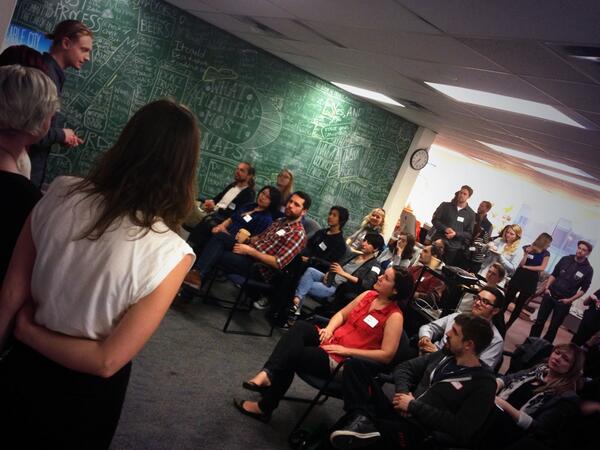 Share Vancouver incorporated a #MapJam into their second meetup with sharing orgs and enthusiasts from around the city including: Modo, the Vancouver Tool Library, TradeSchool Vancouver, HiVE Vancouver, Part-Time Pooch, Share Shed, go2gether, Vancouver Community Laboratory, MakerLabs, Vancouver Cohousing and more! Their large turnout was a testament to all the work they have put in over the last year. You can see a video of 2 of the event hosts, Chris Diplock and Hilary Henegar, speaking about Share Vancouver and their MapJam here: http://bit.ly/1y66igP. 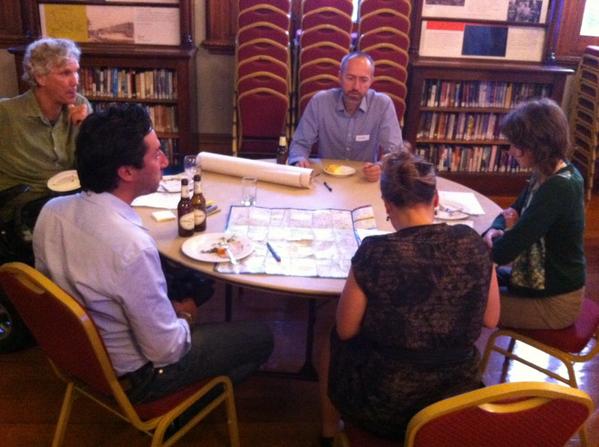 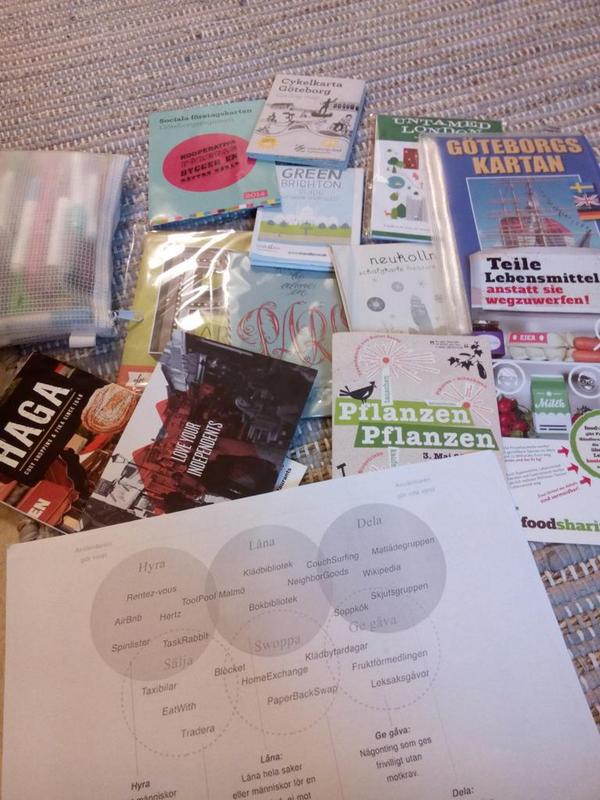 Thanks to the efforts of Angelica Wågström and Mira Gartz, Stockholm, Sweden was very active and coordinated multiple #MapJam events in an effort to make the mapping process as accessible as possible to people with different schedules.

The Gothenburg jam team lead by Emma Örwall and Kollaborativ Ekonomi Göteborg did a very thorough job researching all of the maps and community listings already available to make sure they were correctly representing all of the existing community resources. 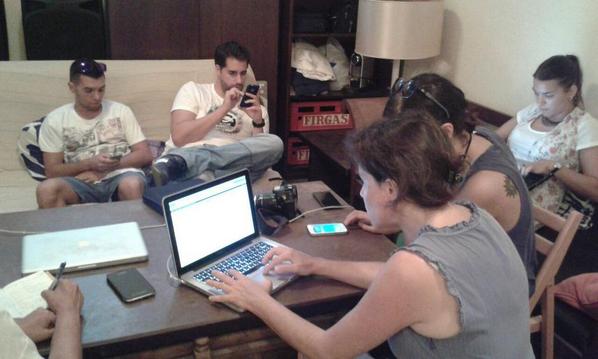 In Las Palmas de Gran Canaria, Spain MapJam host Cristina Suárez had to switch to a larger venue last minute because of a landslide of local interest! They used the #MapJam as a tool to bring local community members together who are all interested in supporting the shift to a new economy.

This group came together for the Sharing SLO WikiJam in San Luis Obispo, California, USA to update their very active “Local Wiki” community page. David Gross, who hosted this event intended it to be an example of how groups can build off of existing community infrastructure, like local wiki’s, to increase their impact.

Feeling inspired to Host a #MapJam? There is still plenty of time to get involved this Fall (Spring for those in the southern hemisphere). If you have any questions or need a little support getting started, feel free to contact us: tom@shareable.net.