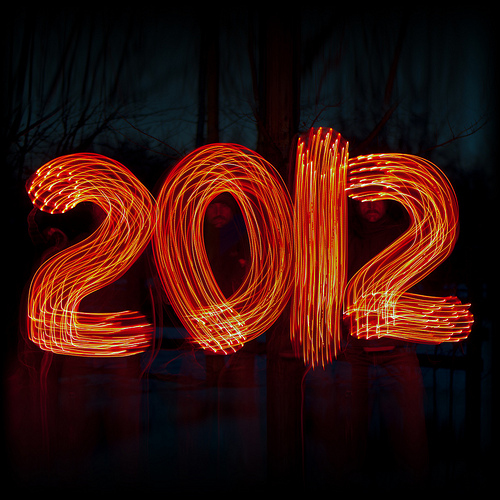 1. The Commons is Essential to Our Health, Security & Survival

The commons comprises valuable assets that belong to all of us. This includes clean air and fresh water; national parks and city streets; the Internet and scientific knowledge; ethnic cuisines and hip-hop rhythms; the U.S. Weather Service and blood banks. But it’s more than just things—it’s also the set of relationship that make those things work. When you stop to think about it, most essential elements of our lives exist outside the realm of private property.

2. Discovery of the Commons Signals a Shift from “Me” to “We” in Modern Society

The continuing economic crisis shows the foolishness of promoting selfish individualism as the chief operating principle for our society. People today are rediscovering the value of what we share in common. Everyone’s net worth includes a number of valuable jointly-owned assets that enrich our lives as much as what own privately. Public services like libraries, recreation centers and public transportation are there for us when we can no longer afford new books, health clubs or another car.

3. The Commons is Not an Abstract Theory, But Rather an Organic Organizing Principle of Human Civilization

The commons is more than just a nice idea; it encompasses a wide set of practical measures that offer fresh hope for a saner, safer, more enjoyable future. At the heart of the commons are four simple principles, which have been practiced by humans for millenia: 1) serving the common good; 2) ensuring equitable use of what belongs to us all; 3) promoting sustainable stewardship so that coming generations are not cheated and imperiled; 4) creating practical ways for people to participate in decisions shaping their future.

These goals foster a spirit of cooperation that results in commons-based solutions to major problems. One longstanding commons-based solution is the North Dakota State Bank, which supports worthy projects and saves taxpayer money. It’s one reason the state is enduring the current economic crisis better than any other. A dozen other states are now looking into the idea.

But commons-based solutions extend far beyond public policy. Wikipedia arose from a group of Internet activists who saw the potential of people sharing what they know. New Yorkers hungry for more greenery in their neighborhoods planted flowers and trees in abandoned lots, many of which flourish today as community gardens. A minister in Cleveland, Tracy Lind, opened up Trinity Episcopal Cathedral as a gathering place in a community that suffered a lack of public spaces. More than 80 thousand people come for public events each year.

4. The Commons is Under More Threat Than Ever

The commons are under threat in two serious ways.
First is the rampant growth of privatization, which snatches valuable assets away from us and put them in someone’s pocket. This can mean a corporation finagling mineral rights on public lands for almost nothing or taking control of essential public services to make money rather than serve the greater social good.

Second, many commons are now grossly neglected or mismanaged because it’s assumed that anything that does not make money is not worth caring about. That’s why so many school buildings are in disrepair, and why a lot of public spaces are rundown and empty.

5. A New Commons Movement is Emerging to Create a Brighter Future for Everyone

But there’s good news, too. More people are realizing the central importance of the commons which inspires them to seek collaborative ways to solve problems and seize opportunities. Not everyone doing this thinks of it as commons work, or even knows the word “commons”, but they are all “commoners”.

Bolivians poured into the streets to successfully demand that deals leasing their water supply to foreign companies be scrapped. Facebook users quashed the company’s sneaky plan to claim copyright on everything posted to the site. And folks everywhere are pioneering new ways of sharing with one another, from open source software to public bike programs to informal arrangements with the neighbors. New networks dedicated to protecting and expanding the commons are popping up all over.

Modern society’s constricted focus on what belongs to us privately plays a big role in ecological destruction, economic inequity and social breakdown. In looking to the commons, we can find practical solutions to these problems. As just one example, proposals to address climate change through a “Cap-and-Dividend” approach, applying the principles of the commons, offers a remedy that curbs CO2 emissions without imposing burdensome energy costs on low- and middle-income people.

7. The Commons is Not Just History; It’s Central to Our Lives Today

The commons touches our lives throughout the day from tap water we use to brush our teeth in the morning to the fairy tales we tell our kids at night. While the phrase comes from the medieval era, describing lands that were open to commoners for grazing and foraging, the bigger idea of the commons—all that we share—never went away. We just forgot about it.

Today, people are yearning for something more meaningful than the greedy, harried, disconnected life they see around them. They want to restore common decency, common sense, the common good—a different way of thinking about how the world works. The Internet, for instance, showed a generation of tech-savvy youth how creative and valuable it is to freely share information and culture. Concern about environmental devastation, mounting poverty and social isolation spurred many other to discover the new ideas embodied in the commons.

8. The Commons is No Longer Seen as a Tragedy

A famous essay of the 1960s targeted the commons as the cause of environmental and economic ruin, arguing that when no one owns a particular resource, no one takes care of it. But in reality—as the work of Elinor Ostrom, a winner of the 2009 Nobel Prize for Economics, shows—people devise ingenious systems to ensure that community use does not destroy cooperative resources. She found this to be the case in communities around the world from Kenya to Guatemala to Nepal to Switzerland to Turkey to Los Angeles.

9. The Commons is Not a New Name for Communism or Government Control

Private enterprise can flourish alongside a healthy commons sector. Indeed, a market economy would be impossible without commons institutions such as the legal system, corporate charters and financial regulations. And while government-run institutions such as schools, parks and emergency services are certainly part of the commons. So are Civic groups, non-profit organizations, community organizations, informal meeting places—indeed, any gathering of people for the common good is a crucial elements of the commons.

10. The Commons is a Key Ingredient to Human Happiness

Happiness itself is a commons to which everyone should have equal access. That’s the view of Enrique Peñalosa, who is not a starry-eyed idealist given to abstract theorizing. He’s actually a politician, who as mayor of Bogotá, Colombia enacted ambitious plans to provide poor people with first-rate government services and pleasant public places.

“The least a democratic society should do,” he continues, “is to offer people wonderful public spaces. Public spaces are not a frivolity. They are just as important as hospitals and schools. They create a sense of belonging. This creates a different type of society—a society where people of all income levels meet in public space is a more integrated, socially healthier one.”

11. Commoning Will Be a Hopeful New Trend

At a neighborhood meeting in Boston—one of many discussions held around the U.S. to find ways people can help each other get along in these insecure economic times—someone raised the idea of a tool exchange. Neighbors could take inventory of who owns a snow blower, wheelbarrow, extension ladder, hedge shearers, shop vacuum, drills, shovels, rakes and other stiff that folks could share. One man in the group who had grown up in the Virgin Islands said that if he knew that a neighbor back home owned a ladder, he naturally assumed he could use it. No one would think of buying something new if someone they knew that someone already owned one.

Both the Boston group and the Caribbean community represent examples of “commoning”, which means putting the ideas of the commons into practice in your personal life. Commoning is built upon on a network of social relationships (based on the implicit expectation that we will take care of each other) and a shared understanding that some things belong to all of us and must be used in a sustainable and equitable way—which is the essence of the commons itself.

12. The Commons Needs Our Help. Here’s What You Can Do.

Start by noticing the commons all around you. This includes valuable assets we all need like ambulance service and the protection of watersheds. It also means recognizing the way people work together for the common good, such as Wikipedia or volunteer community groups.

The next step is to start talking about all that we share and how we share it. From there, it becomes natural to claim the commons, challenging threats to the common good in your community and around the world. After that you’re ready to strengthen and expand the commons in many capacities as a neighbor, citizen, activist, voter, parent, artist or social entrepreneur.