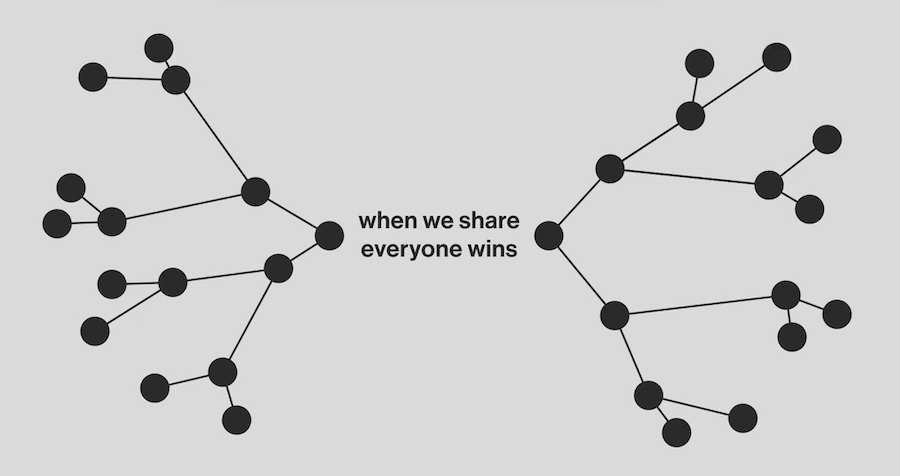 As debate about the sharing economy rages, with fingers pointed at Uber and Airbnb as prime examples of what isn't sharing, a global community is working toward a better world through…actual sharing.

Creative Commons, the nonprofit organization that enables millions of people to share billions of creative works through a suite of free licenses, recently released its 2016-2020 organizational strategy. The goal of the strategy is to “foster a vibrant, usable, and collaborative global commons, powered by an engaged community of creators, curators, and users of content, knowledge, and data.”

Sharing is at the core of the strategy, anchored by a keen awareness that community, collaboration, and shared benefits are at the heart of who they are. Their strategy calls them to add another key value to their identity—they want to make it a joy to contribute to the commons.

“I think sharing gets the short end of the stick these days,” says Creative Commons (CC) CEO Ryan Merkley. “Too often, we’re forced to make a false choice between individualism and collective acts. I think the two things can coexist, and I think they have to. Sharing is fundamental to what makes us great as a society and to unlocking our ability to have a more accessible, equitable and innovative world.” 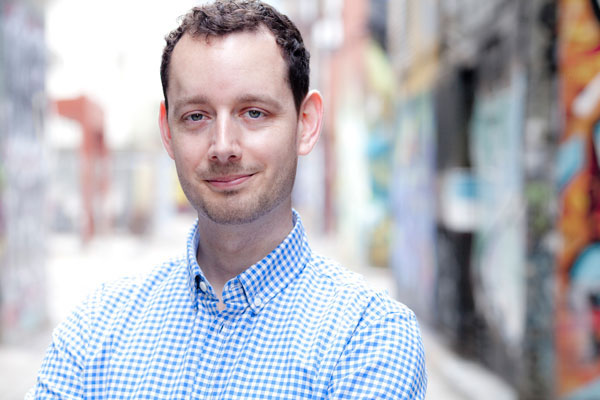 "Sharing is fundamental to what makes us great as a society." —Creative Commons CEO Ryan Merkley

We’re now faced with the most restrictive copyright laws in history, not to mention that much of the world’s scientific knowledge is locked behind paywalls. This is at a time when the public needs this knowledge the most to address a collection of worsening crises. However, a growing number of people understand that we can problem solve more quickly through sharing.

Elon Musk opened all of Tesla’s patents to anyone who wants to use them. This is unheard of in Silicon Valley. He wants to spur more innovation around electric vehicles. He sees this as essential to addressing climate change. His doing so highlights the potential of sharing to solve a big, common challenge.

Recently, numerous medical publications opened up papers related to the Zika virus. It was an acknowledgement from the medical establishment that openness leads more quickly to solutions. Merkley wonders what else sharing could do to solve problems.

“What if we were to say, 'Let’s open cancer,'” he says. “What if we opened up all the research that relates to this work? Let’s shine a bright light on this disease that we’ve allowed to hide in the shadows and behind paywalls, and crush it with innovation. What would that look like?”

This vision of openness is woven into the fabric of CC. There are already over one billion photos, written works, music, videos, illustrations, research papers, and more with CC licenses. Although contributors to the commons may not see financial reward, the benefits of sharing works into the commons can have a profound effect.

“There are actually huge personal benefits to sharing,” Merkley says. “They’re not direct, in the way getting paid for taking a picture is direct, but they are direct in the way of feeling like you’ve been part of something bigger than you; supporting the advancement of a project or initiative that maybe you’ve never even heard of; making connections with other creators around the world; and helping to bring new things into being at the marginal cost of zero.”

In the digital commons, two or more people can use the same thing, and no one loses anything by it. This could apply to a photo, a song, a design file, code, an article, or any other digital product.

“Lawyers call that nonrival,” Merkley says. “I lose nothing by you also having it, as opposed to my car, which I lose if you have my car, because I don’t have my car. That’s just not the truth in digital reality. Two of us, frankly, all of us, can have a thing at the same time and benefit from it. Once people start to get that, they start to see that there is really unlimited potential there, if we can create the cultures that support that.”

In creating their strategic plan, the CC team looked at what they currently have, which is a global commons and a license suite that empowers people to easily share works, and what they’re working toward, which is an equitable, accessible, innovative world. They asked themselves what sits in the space between those things. What they found is community and collaboration, and the tools that bring these two things together.

“You get, fairly quickly,” says Merkley, “to the idea of what we call a vibrant, useful commons powered by collaboration and gratitude.”

Gratitude plays a central role in the creation of this vibrant commons because, as Merkley says, it causes the flywheel to keep spinning. If someone contributes to the commons once, they may be driven by values, but to engage them as an active member of the commons requires something more.

“You’ve got to feel connected,” he says, “or you’ve got to see the benefit. You just won’t keep it up if there isn’t a little bit of joy there, and a little bit of reward. Not because it’s selfish, just because you get that essential component of feeling like what you did was worth something.”

To bring more people into the commons, there need to be tools for people to easily contribute, and to see where their contributions are being used and appreciated. Platforms, including Flickr, YouTube, and Medium, allow contributors to give their works a CC license, but Merkley understands that the experience of contributing to the commons needs to be improved. To realize their vision, a more inviting mechanism needs to be in place.

For Merkley, putting work into the commons should be a joyful act that gets recognized. Creating a mechanism that enables that is a core part of CC’s strategy for the next several years.

“You’re taking something you made and you’re sharing it for everyone, forever, for nothing,” he says. “It’s a massive gift and it should feel like that. That’s on us.”

To create such a mechanism, CC aims to partner with existing platforms rather than create a database from scratch. They do, however, plan to create a CC metasearch feature that will return CC-licensed results across multiple search repositories, and direct the user back to those repositories. To realize their vision, CC, which is a distributed organization with affiliate chapters in 85 countries, will collaborate with community members around the world.

From a photo or a song, to open scientific research, CC gives people a way to tap into the immense power of global creation and collaboration. And at the heart of the movement is the simple act of sharing.

“Let’s create a true sharing culture with more access, and equity and innovation for everybody,” says Merkley. “Let’s light up the commons that we have built together. Let’s set this thing on fire and do some really great stuff with it.”