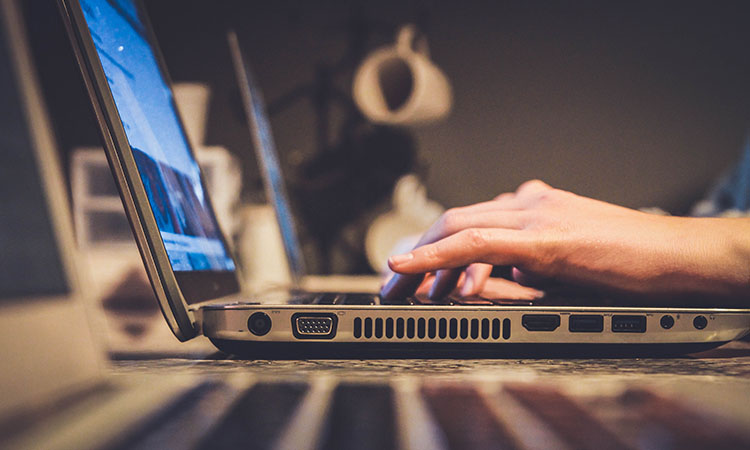 We recently explored how blockchain is being used as a force for good and conducted a handful of interviews with practitioners in the industry. Yet the blockchain space is fast-moving and constantly brimming with new projects that could make the sharing economy increasingly accessible to all. This is a list of some other projects to look out for in this space:

Helbiz is a startup creating a marketplace that allows people to share not just cars, but any vehicle — bikes, boats, and other modes of transportation. Using both hardware and software, the idea is to be able to turn entire vehicles into Internet-of-Things (IoT) devices that it can be unlocked with a smartphone, tracked with GPS, and monitored for problems and maintenance. The Helbiz app will allow users to unlock vehicles and pay for vehicle usage in cryptocurrency. Though innovative, there are other organizations developing similar capabilities in the shared mobility space including HireGo and Xain.

Though there are other decentralized marketplaces that use blockchain technology, OpenBazaar was the first of its kind and is still going strong. Users are able to pay for goods in over fifty cryptocurrencies. Since there is no company or entity running it, there are no fees or limits to what can be bought or sold. Though significant technical differences exist, for the casual user, up-and-coming challengers such as Swarm City, Public Market, and Blockmarket will offer similar services with different features.

As a country, Kenya has been one of the fastest countries in the world to wholeheartedly embrace mobile money and mobile payments, with two-thirds of the population using it on a daily basis. So, not surprisingly, it is also among the first countries where blockchain-enabled community currencies are being used by merchants who might otherwise be too cash-strapped to transact with each other. The organization Grassroots Economics has been operating multiple community currencies in Kenya and and South Africa for the past few years to increase the buying and selling power of various communities. Recently, in partnership with blockchain-startup Bancor, Kenyan vendors have been signing up to accept cryptocurrency versions of these community currencies which they already accept in paper form.

Another Kenya-based project making use of Kenyans' high rates of adoption in mobile banking is Chamapesa, which is using blockchain technology to facilitate lending circles with smartphones. The organization has pointed out that it is not trying to change any core behavior, but rather is using blockchain to facilitate this type of community finance scheme — in one tweet, it said "We're not changing Chamas behaviour except that instead of using paper books were going to be using smart phones."

Although the proponents of Holochain proudly stand by the fact that it is not a blockchain, for the layperson Holochain has very many similar use-cases. One main difference is that it comes without the prerequisite of using the enormous amounts of energy required by "proof-of-work" blockchains like Bitcoin and Ethereum, yet it is still possible to run a blockchain exactly like Bitcoin on Holochain. Instead of having only one global agreement about what data is valid (as with a regular blockchain), individual users create their own intermeshed ledgers of valid data and personal histories.

Additionally, whenever we access a website on the Internet, we are really accessing information hosted on servers operated by some third party — usually in a location we don't care about, owned by a separate private company. What Holochain makes possible is a blockchain-like method and reward structure for storing and accessing data and applications between users themselves, without having to rely on these third parties. This makes it possible to create and run applications of any sort between users, allowing the operation of a truly peer-to-peer internet.

Only about half of the world's population has regular Internet access, which means billions still do not have the ability to take advantage of web-based peer-to-peer technologies. Right Mesh is working to change that by allowing people can create their own networks with limited access to internet using mesh networking.

In a mesh network, information leaps between phones, computers, and other devices like frogs on lily pads until it gets to its destination. It does this by using these devices' ability to connect directly with each other via Bluetooth or Wifi without being linked to the Internet itself. By encrypting the information — whether it's a message, image, or payment — the network can ensure that only the desired recipient can understand and make use of the message, which opens up a host of mesh applications that can run on peer-to-peer devices in the absence of internet. Other mesh networks and mesh software already exist, but by using blockchain, this network will allow users to get paid for providing content to peers and existing as an infrastructure of the network itself, offsetting hardware and battery costs of doing so.

Just like AirBnB, the platform Beenest connects hosts with potential guests and leverages blockchain technology to keep costs down. If using its own cryptocurrency — Bee Token — no fees or commissions are taken by the platform on booking and listing properties and charges lower fees than AirBnb when using other currencies or cryptocurrencies.

Possible is a Netherlands-based project is intended to increase social capital by giving people incentives to do the work that might not normally earn money, yet is crucial for healthy societies. Possible is a time bank, meaning that it enables individuals to offer up and use each other's services denominated in hours of time rather than in some other unit of currency. Time banks have been around for well over a century, but they are often volunteer run and administering them using a centrally-managed database can, at times, prove difficult. By using blockchain technology to and decentralize who gets to update the database, projects like Possible could make it easier to operate time banks without having to rely on volunteers.

ShareRing is developing an app that uses blockchain technology that will allow users to find and search for nearby services and actually share anything with each other. Like a truly decentralized library of things — both physically and digitally — ShareRing could maximize the usage people get out of physical objects by enabling people to share them easily and fairly. The idea is to have a truly global network, so that the ShareRing app can be used to find and pay for similar services no matter where in the world a person  may be. The app will use two of its own cryptocurrencies: one that allows merchants to access the blockchain, and the other as a currency for paying for services on the platform.

Platforms like Amazon, Uber, and AirBnB offer useful services but continuously extract wealth from those who generate it though high fees, which are paid to these companies and their shareholders. Digital Town [one of Shareable's sponsor] aims to change this business model by linking users in specific geographic localities with the information, resources, and services they need, but instead of extracting high fees, but instead of extracting high fees will ensure more of the profits generated locally, stay local.

With DigitalTown's blockchain-based solution, merchants and consumers are rewarded for engagement. Merchants receive a free storefront with low commission rates and everyone receives a free SmartWallet, which supports traditional and cryptocurrencies. Businesses pay just a 1% payment processing fee and everyone enjoys free peer-to-peer transfers.