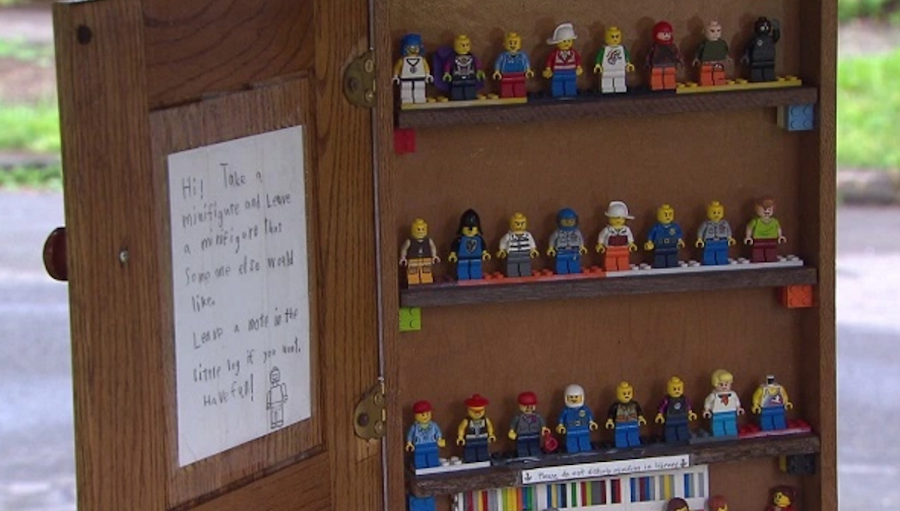 There’s something about Little Free Libraries. The idea is remarkably simple, and yet it has grown into an international movement that boasts over 40,000 branches in 70 countries around the world—and those are just the officially registered Little Free Library ones.

Building on the success and popularity of the idea, people are creating numerous other Little Free projects. One example is the Little Free Pantry in Fayetteville, Arkansas which was started as a way to help neighbors share food and household goods. Another is the Little Lego Library in Portland, Oregon.

Created by a nine year-old, the Little Lego Library is an adorable and surprisingly well-organized structure attached to a tree. A note on the inside of the door invites people to share their own Legos:

Leave a note in the little log if you want.

One youngster who was visiting the library when a news station showed up captured the simple brilliance of the sharing, and little free, movements.

“If you have some guy that you're not using and it’s just taking space wherever you store Legos,” he says, “you can swap it out for something you think is totally new and cool.”