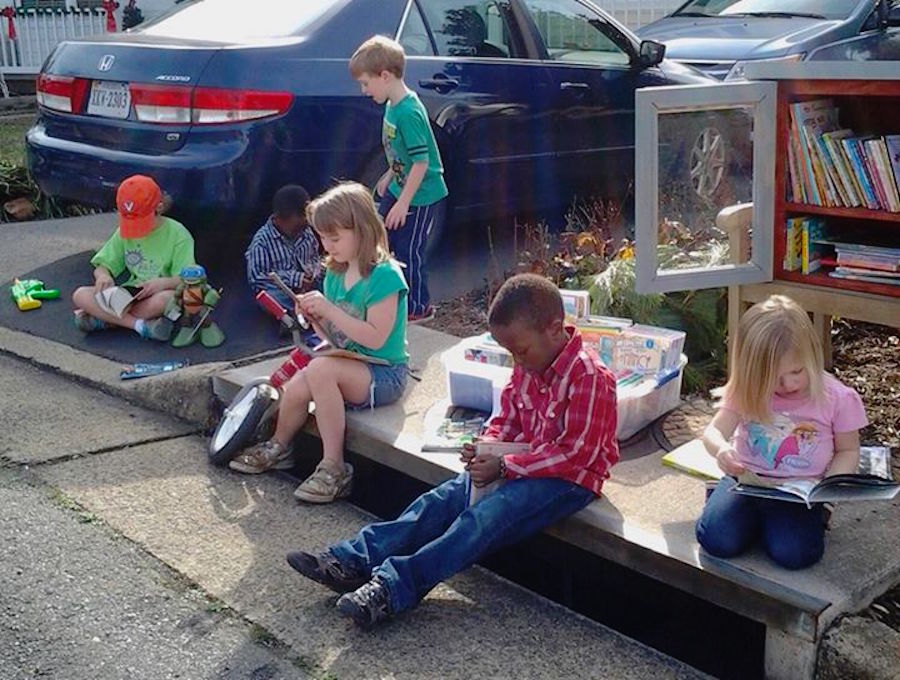 On Thanksgiving Eve 2014, John Thomas walked a foot patrol through University Gardens, a crime-ridden housing development directly across the street from the University of Southern California (USC) in Los Angeles. As head of the Department of Public Safety at the university, Thomas encouraged his officers to go on foot patrols to do community outreach. They were reluctant to do so, reminding him that even the Los Angeles Police Department avoided the area because it was so violent.

As Thomas and a few other officers walked through the development, they met a young boy who mentioned he had a birthday coming up. Thomas asked him, “If you could have anything, what would it be,” thinking he might say a bike or a video game. The boy said, “I want a clean, new book about frogs.”

It was a moment that Thomas won’t forget. He and his team had planned to build a free community book exchange called a Little Free Library in their police station, but the boy’s request inspired them to put the new library in the housing development instead. They built two and hosted an unveiling that included face painting, balloons, and giveaways. Books for the libraries are donated by literacy clubs and various organizations and there’s a backstock Thomas and his team use to keep the libraries filled. For the youngster who inspired the project, Thomas purchased a clean, new book about frogs. 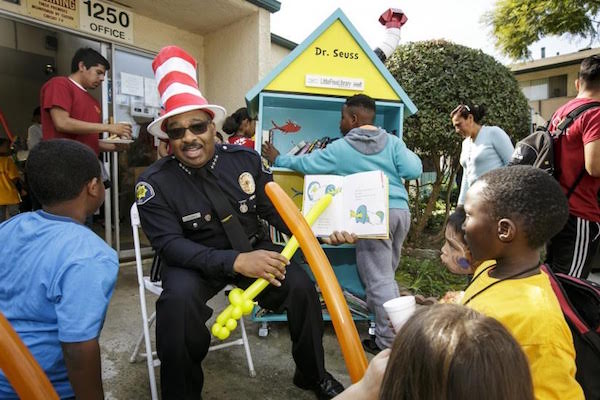 John Thomas at the Launch of the University Gardens Little Free Library. Photo courtesy of John Thomas, by David Sprague/USC

The Little Free Libraries were instantly welcomed and sparked a transformation at University Gardens. Residents used to avoid contact with officers. Now they engage regularly with them. Children used to have very limited access to books. Now they have round-the-clock access. Neighbors also revitalized a community watch program.

“In my 32 years, I’ve put a lot of people in jail,” says Thomas. “But I don’t think anything has given me the sense of satisfaction I’ve gotten from the Little Free Libraries.” The project bridged communities, reports Thomas. He points out the development’s proximity to the university, a major research institution, but notes that the kids did not even have books.

“The Little Free Library symbolized to the people who lived there that USC cared and that the bridge to USC was books,” says Thomas. “Giving them access to books gives them a way to change their destiny.”

From a Garage Sale…

Little Free Libraries are simple neighborhood book exchanges. The growth and power of the Little Free Library movement, however, is staggering. The University Gardens transformation is just one example. The first Little Free Library was created by Todd Bol in Hudson, Wisconsin, in 2009. Today there are more than 40,000 registered Little Free Libraries in over 70 countries around the world. Bol was an unlikely candidate to spearhead a book project. He’s dyslexic, and as a child he struggled to read. When his mom, a schoolteacher, died, he paid tribute to her by building a small book exchange from repurposed materials. He put it in his yard where it sat, largely untouched, for months.

During a garage sale, people noticed the structure and asked about it. Bol had called the project a variety of names, including “Habitat for the Humanities,” but people simply called it “that little free library” and the name stuck. “We grabbed that name,” says Bol, “and kept the slogan, ‘Take a book, return a book.’” 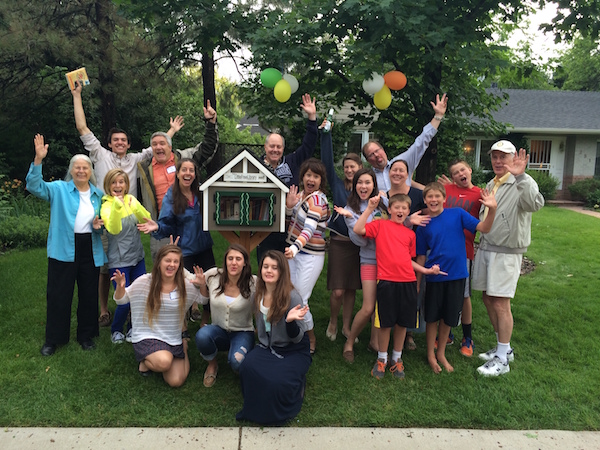 Celebrating the opening of a Little Free Library in Denver, Colorado

For Bol, one of the most striking features of Little Free Libraries is their ability to connect people. He describes what happens with them as a “primal spark of connectivity” that pulls people and society together. “It makes us feel closer and more connected to each other,” he says. “But along with that, you feel safer, you feel calmer, you feel more engaged, you feel better about your life and yourself.”

…to a Worldwide Movement

While the number of books exchanged through Little Free Libraries is impossible to track, Bol points out that if just five books a day are exchanged through each branch, that’s over 200,000 books per day and over 60 million books per year. For perspective, the New York Public Library—one of the largest in the world—circulates 27 million items per year. 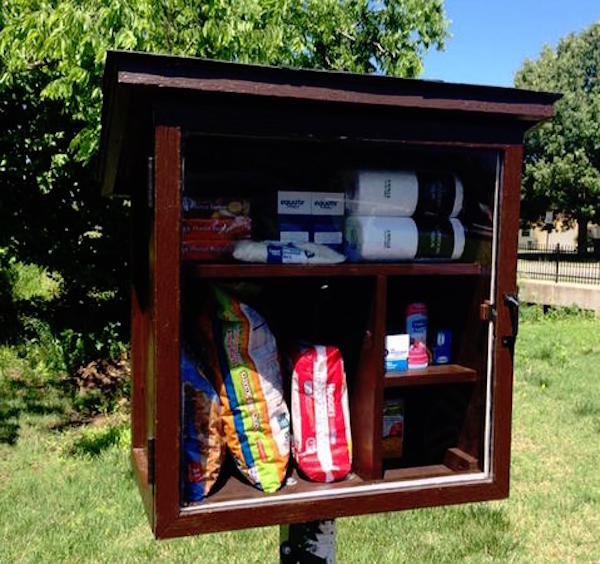 Bol counts himself fortunate that he’s been given the opportunity to do good, but he’s not finished yet—he’s actively looking for ways to grow and strengthen the Little Free Library movement and the global community. “I don’t feel like I’ve reached a pinnacle of success,’” he says. “I feel like, now that we’ve got the doors open to talking and conversing with our neighbors, what do we do from here?”