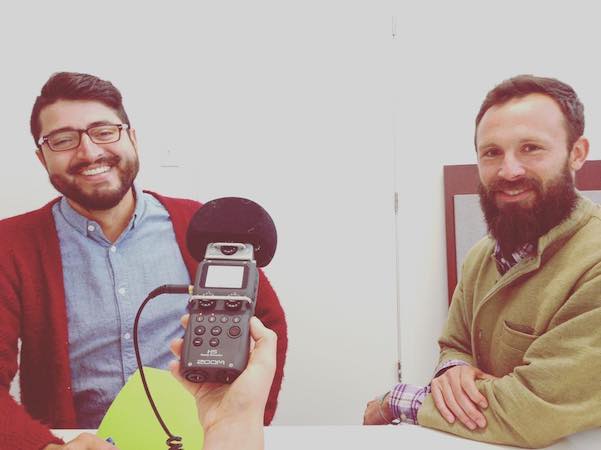 One of the foundational elements of modern society is the idea of democracy. Nations were built upon it, wars have been fought over it (at least in name), and millions have struggled for the right to participate in it. Many of us truly believe that we are living in democratic societies, and that our ability to vote in elections is proof of that. But how democratic are our societies in reality? Yes, we get to vote to elect representatives  — we have some influence on shaping policies — but we actually have very little control over one of the most important aspects of our lives: the economy.

Nobody gets to vote on the decisions made in the workplace, on who their boss is, on what they’re company produces or how it's distributed. When it comes to democracy in modern society, economic control is notably absent. The Sustainable Economies Law Center is an organization based out of Oakland, California, that puts economic democracy front and center in its mission to support community resilience and grassroots economic empowerment. The organization provides legal tools, such as education, research, advice, and advocacy with the aim cultivating a new legal landscape that supports economic democracy in the broadest sense.

Robert Raymond spoke with Ricardo Nunez (Cooperatives Program Director) and Chris Tittle (Director of Organizational Resilience) of the Sustainable Economies Law Center (SELC) about the organization’s work and the broader context within which it exists.

Robert Raymond, Shareable: What are the goals of the Sustainable Economies Law Center?

Chris Tittle, Sustainable Economies Law Center: The Sustainable Economies Law Center exists to cultivate a new legal landscape that supports communities to create and control their own sustainable sources of food, housing, farmland, water, renewable energy production, livelihoods — all the things that communities need to live thriving, resilient lives. We work at the intersection of economic, legal, and cultural change, and position ourselves at that sweet spot, realizing that the economy and legal system are mutually causative — that they are highly interrelated and that we actually can't change one without changing both. And that ultimately, beneath both of those are cultural norms and values that are deeply tied to the type of world that we want to see. So we work to create equitable economies, cooperative cultures, and popular law and policy making. Everything we do is about enabling people in communities to come together and meet their own needs in ways that are just and that build local wealth and resilience.

Can you talk about the idea of economic democracy as it relates to the goals you just outlined? And what role do worker cooperatives play in this vision?

Ricardo Nuñez: Currently we live in a system where capital uses labor as a tool — labor as a mechanism to be exploited and to extract as much capital out of as possible. It's holdover of a feudal perspective of how we should treat people — you know, this vestige of the corporation is basically a feudal system that continues into our democratic age. And so really figuring out a way to invert that, where instead of capital using labor as a tool, labor is using capital as a tool. I remember going to a lot of protests and marches when I was in college, and everybody was saying, you know, "People over profit." It's a great slogan. At the time I didn't really know how we were going to actualize that, and so, that's where cooperatives fit in. They are a structure, a tool that actually puts labor above capital in a real way. And so that's what I believe economic democracy is, it's really putting the economy back in the hands of the people to meet the needs of individuals and communities as opposed to what is legally mandated,which is if you're a shareholder of a company the company's legal obligation is to maximize your financial return. It’s not to protect the environment. It's not to build wealth for communities. It’s to extract as much capital as possible from the people that you're exploiting.

Something that underlines a lot of the work that the Sustainable Economies Law Center does is to think about the economy in the terms of the commons. And that not only are natural resources common pool resources for us to collectively manage, but that workplaces are too. Workplaces are commons of the community, and so we should figure out different ways to think about that. So, when we talk about worker cooperatives and worker ownership, you know, that's something that I think a lot of people can understand. People understand generally what that means. But hopefully what we can move towards is stewardship, so that the workers are stewards within their workplaces. That they steward it not only for themselves but also for the people who are going to come after them. And so it's that type of thinking that I think underlines a lot of the work that we do at the law center.

How is SELC plugged in to a broader national or even international movement?

Chris Tittle: It's kind of an exciting moment in this broader movement of movements, that include things like the solidarity economy and the new economy, but also the Movement for Black Lives and Indigenous sovereignty movements. There's sort of been, I think, over the last couple of years particularly, since the financial collapse, this blossoming of a thousand flowers. People are really open to rethinking some of the most foundational assumptions that the current society is based on. And with that there's a lot of ways of thinking and framing and talking about it. As an organization we don't necessarily subscribe to one framing around this. Certainly our organization has been associated with the sharing economy,back before that term was used by Uber and Airbnb in some of its more capitalist formations. But I think what we're really interested in is a world in which all people and the ecosystems that they depend on are equitable, self-determined, resilient in the face of change, and free from oppression.

Personally, I think increasingly for our organization we've really been inspired and are taking leadership from frontline communities — the people who have sort of been under the boot of empire for a long time and who therefore actually know the solutions that need to come about in a much deeper and personal way. And so whether we call it the Solidarity Economy, or the Just Transition, or the Movement for Black Lives, think we all share some common commitments to justice and to democracy. Those two things inform all of the work that we do with transforming legal and economic structures. As Ricardo was saying, cooperatives are one way of embedding democracy into the workplace, and our organization tries to embody that too even as a nonprofit organization. To quote Richard Wolff, the Marxist economist, "If we want the economy to work for people, we have to put people in charge of the economy." So that's what we're committed to at SELC. There's a lot of different pathways to that vision and this is a particularly transitional moment in history. The end goal is something different than what we're actually seeing right now and there's going to be a lot of different pathways to get there.

What are your ultimate hopes for the work that you do? What is the transition that you are looking to be a part of?

Ricardo Nuñez: My day to day life is trying to figure out: How do we move away from that system that is fundamentally not reformable? That we need a different type of relationship with each other, and with ourselves. We might not have all the answers right now, but we have to do something better than what we have right now. We are not looking at climate change, for example, as something that's going to be happening in a hundred years.We are in the midst of a climate catastrophe that is already affecting communities, and because of our privileged positions we might not feel it as much as others, but it’s real and it’s profound. And so I think there is a global context to remember and to think about, but also to really be living those values, to be figuring out different systems in our day to day experience to transform this system. And also to take people where they're at and to realize that this isn't something that everybody is going to jump on board with. There's going to be different ways that people are going to engage with it, and the goal is really to understand where people are and how to get them to understand why it's necessary to fundamentally transform how we live, how we work, how we relate to each other.