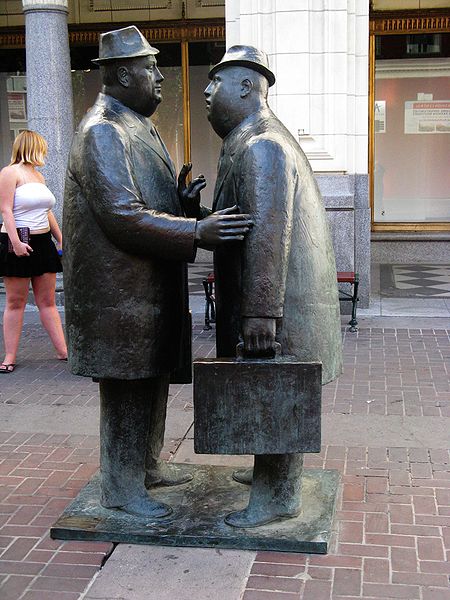 When Jason Simon graduated college, he had little tolerance for others’ beliefs. In hindsight, he pointedly observes, “I was inexperienced and lacked confidence.  I thought I knew what truth was – what was in the best interest of humanity – and was resistant to other points of view.” Simon wasn’t aware of his close-mindedness or the effect it had on people until a close buddy told him, “Even your friends are intimidated. They’re afraid to be honest with you, afraid you’ll judge them.”

To his credit, Simon did something about it. Studying conflict resolution in grad school was the first step: “It helped me understand and acknowledge that there are multiple truths. It allowed me to develop an attitude of openness.” Accordingly, Simon started having conversations – real back-and-forth discussions in which he worked hard to listen and to understand what other people said and believed. He began to connect without feeling a need to correct.

And today, at 30, he’s made a career out of it. His day job involves helping coffee shop owners in the Seattle area connect with their clients via social media. But his true passion is mirrored in the blog he began writing in 2009, Caffeinated Conversations. Simon is almost evangelistic about the importance of talking with each other face-to-face. Laying it out, he says, “The only way there can be any real change is through conversation. It's about asking questions that induce or allow the other person to think about his opinion. And, by being in a conversation, people change. Both do, even by degrees.”

Simon is right: conversation is everything. Here are five reasons why:

Conversation is the basic unit of human sharing. Collaborative conversation allows you to soar beyond yourself. Think of a great conversation with a loved one, an acquaintance, a stranger. Did it inform, validate, thrill, sadden, or provoke you? In a subtle or surprising way, did it change your perspective or give shape to a new reality? Did it help you see the other person – and yourself – more clearly? Did it leave you feeling inexplicably closer? And did that feeling linger hours, days, or even decades afterward?

Conversation is the engine that drives relationships. Each give-and-take between two people exemplifies what psychologist Kenneth Gergen, author of Relational Being: Beyond Self and Community, calls co-creation – “the process of collaborative action from which all meaning is generated.” As if in a cosmic game of tennis, our words and gestures bounce off one another, back and forth, each propelled by the other’s force. Together, we shape the moment and each other. As Gergen explains, “…virtually all intelligible action is born, sustained, and/or extinguished within the ongoing process of relationship.” Thus, we are not a collection of “bounded selves.” Through our interactions, we are constantly co-creating ideas, attitudes, and beliefs, creating something bigger than, and different from, the two of us. 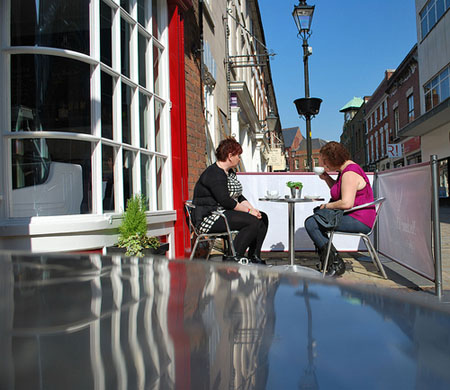 Conversations tell us who we are. In the social constructionist view, embraced by Gergen and other scholars, one’s “self” isn’t something that springs forth from within. Rather, our identity is forged in relationship. You are a mother, Gergen points out, when your child calls for you; a customer when someone asks, “Can I help you?”; a suspect when the words, “Stop right where you are” are uttered by a policeman. More to the point, we are many selves, trotting out different personas depending on our conversational partner of the moment. Even when we are alone, we carry in our heads remnants of relationships and exchanges from our past. As Gergen likes to put it, “I am linked, therefore I am.”

At its best, conversation is a non-zero-sum game. The idea that each of us is a product of our multiple interactions bumps against a 500-year tradition of individualism. But the old paradigm is not working in today’s world. The notion of a bounded self translates into winners and losers, good and evil, us versus them – what game theorists call a “zero-sum” game which all but guarantees polarized positions. In contrast, in a “non-zero-sum” interaction – such as buying a product at a fair price, collaborating on a scientific discovery, or divorce mediation – one player’s gain doesn’t have to translate into the other’s loss. Robert Wright, author of Non-Zero: The Logic of Human Destiny, argues that we’ve been lurching in this more productive direction since the beginning of history because cooperation and collaboration benefit humankind. He theorizes, “From alpha to omega, from the first primordial chromosome on up to the first human beings, natural selection has smiled on the expansion of non-zero-sumness.” 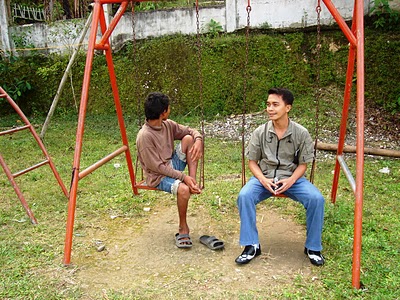 Signs of this trend are evidenced in the concepts explored on this site, such as The Commons, collaborative consumption, and co-working. They are examples of what Harvard economist Yochai Benkler calls “deviations from the selfishness model.” Shareable founder Neal Gorenflo identified a similar phenomenon when the 2009 Nobel Prize was given to Elinor Ostrom and Barack Obama, two individuals whose work and rhetoric support a relational – non-zero-sum – mindset:

In [this] ascendant worldview, society is composed of individuals that are connected and influence each other, who do not always make rational or self-interest choices, and who will collaborate for the common good without monetary reward.

We are designed for collaborative conversation. There is also physiological evidence that the separate self is an illusion. Drawing from the “new sciences of human nature,” journalist David Brooks cites recent studies using functional Magnetic Response Imaging (fMRI) which suggests that although our brains are encased in our individual skulls, we are “social animals” built for co-action.

Friends who are having a conversation begin to replicate each other’s vocal patterns. People in conversations begin to mimic the body language of the other person and, the more closely they mimic the body language, the more perceptive they are about the other person’s emotions. As the neuroscientist Marco Iacoboni notes, “vicarious” is not a strong enough word to describe the effect of these mental processes. The brain exists within the skull, but the mind extends outward and arises from the interactions between people or between a person and the environment.

Collaborative conversation is essential for sharing resources. Many critical issues confronting society today depend on the ability to converse with consequential strangers who see the same problem from a different vantage point. For example, members of a neighborhood association debate whether to sell a small, unused lot to the highest bidder or to work together to create a butterfly garden that everyone in the community can enjoy. In a similar vein, when the various members of the 17-member White Volta Basin Board – a consortium in Bolgatanga, Ghana that includes tribal chiefs, government officials, and various aid agencies in the area – talked about water management in 2006, notes agricultural specialist Eva Schiffer, “[it was] as if there were many different waters – irrigation water, drinking water, water as a part of an ecosystem. In the end, though, it’s just one water and, by making their decisions without coordination, the agencies just move their problems to the next agency and cannot find holistic and sustainable solutions.” (More on how Schiffer worked with the Board coming up in Part III of this series.)

Of course, collaborative conversation is easiest when two people agree and have similar goals. The real challenge we face today is to apply these ideas to disputes and disagreements, with an eye toward finding common ground and sharing resources fairly and responsibly. The truth is, we do not merely co-create ideas in our social exchanges; we also shape, and take care of, our world. For our planet to survive, we must converse with each other, within our communities, and with people who are not like us. In Part II of this series, we look at why this can be difficult and, in Part III, what we can do about it.