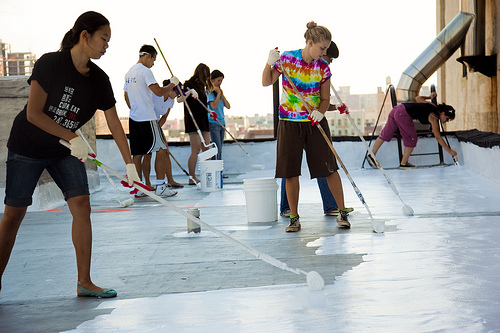 Did you know that on a clear night, the temperature in a city with 1 million people or more can be up to 22°F hotter than nearby suburbs?

Over 20 million people call the New York City metropolitan area home, meaning that in the summer, temperatures inside the world's "coolest" city are nothing short of sweltering. 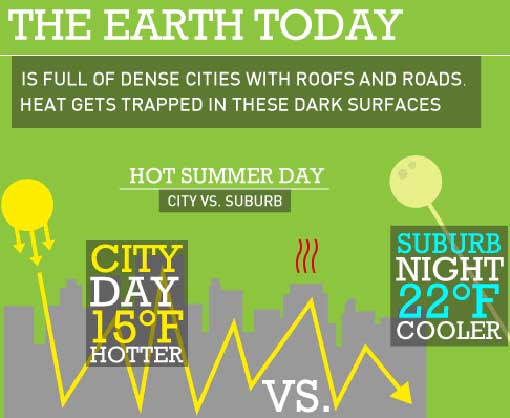 What's the cause of all this extra heat?

NYC is full of heat trapping black surfaces, like black pavement and tar roofs, creating what's known as an Urban Heat Island. And this heat-trapping characteristic does more than just make people sweaty–research has shown that 5 – 10 percent of all electricity consumped during the summer is used to compensate for the heat island effect.

According to the EPA, black surfaces that spend most of the day directly exposed to the sun can become up to 70°F hotter than similar surfaces painted with solar reflecting white paint.

That's why a group of motivated activists from the Manhattan Young Democrats is on a mission to paint the Big Apple (and then the rest of the country) white.

The White Roof Project is a unique community effort aimed at reducing energy waste and heat levels in the New York City area.

There are many ways to get involved: volunteer-based group enlists citizens in locating black roofs that could use an upgrade. Community members are also encouraged to become the proud parents of a needy roof by donating a portion of the funds needed to purchase the solar reflective paint.

Once the building's owners have cleared the roof for painting, volunteers from all over come together for a painting session followed by a roof-top after party.

Research has shown that white roofs can reduce summer energy use by 10–30 percent, saving money and preventing pollution. 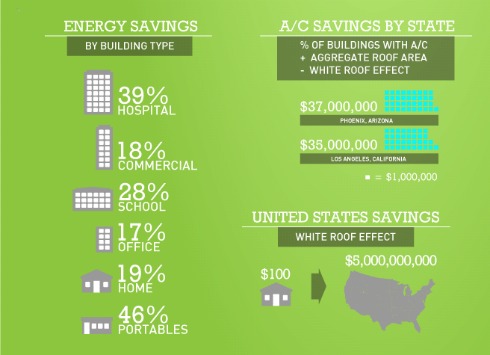 In densely-populated areas like NYC, white roofs can reduce the urban heat island effect by 1° to 2° F – enough to lower peak energy demand, reducing the risk of brownouts and blackouts.

For young New Yorkers frustrated by the government's lack of action concerning climate change and harmful industrial emissions, participating in White Roof Project can be an easy way to stop talking and start making a difference.