When Hackers and Farmers Join Forces - Shareable
Skip to content 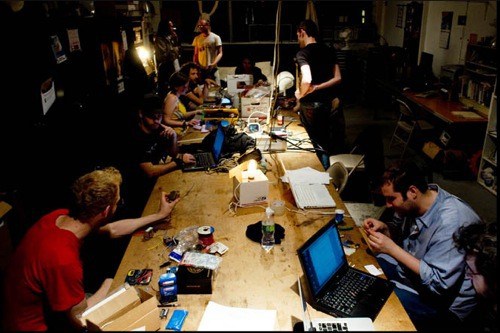 They open up areas struck by digital exclusion. They develop autonomous Internet networks in mountainous areas, install organic solar panels and let local Internet radio emerge. They can even transform abandoned water troughs into eco-jacuzzis. “Hackerspaces,” user-friendly spaces where technological tools are crafted, are spreading throughout the rural environment.

Could you define what hackerspaces are?

Philippe Langlois: A hackerspace is a physical, autonomous place where people gather around tech-related projects. We often hear about “the evil computer pirates” in the media, but hackerspaces have nothing to do with any of that: we’re simply people who reclaim technology in a cheerful, independent and creative way. The goal is to create tools that can be reappropriated and replicated by everyone, freely distributed, and which can be modified and improved upon.

Hackerspaces originated in Germany in the 1990s, but didn’t truly develop until 2005. Since then, more than 500 have appeared throughout the world, bringing together nearly 40,000 people. These are people who originally came from the world of open source and free software 1 and transposed their methods onto the physical world, while making their technological know-how accessible.

What kind of projects do you work on? How do they fit into your broader relationship with technology?

There are projects dealing with energy self-sufficiency, collaborative mapping and digital art, as well as local plastic recycling or even site cleanup. Our relationship with technology revolves around several ideas, the first of which is to enjoy the positive process of creation. The second one is the belief that what we create shouldn’t only benefit a restricted group of people, but rather the whole of society. Finally, we don’t want to embark on overly conceptual projects: we are, above all, about doing things. The ethics that can be found in hackerspaces are based on practice, tinkering, the right to be wrong, and an all-encompassing, non-dogmatic approach.

How did hackerspaces end up in rural areas?

First of all, because it’s hard to maintain such places in the city: it’s expensive, and one needs big and stable spaces to create in. In 2010, there were some one-off events in hackerspaces (see below) like Péone in the Alpes-Maritimes, for instance. The goal, among others, was to find out whether we could create a 100% autonomous space out of nothing, in a totally natural setting. Several of these ephemeral rural gatherings ended up leading to the creation of permanent sites – “hackerlands”. There are dozens of them in France, such as the Vallé à Conques project (in Cher) or ZAP1 in Allier.

As artists, engineers, researchers, hackers and farmers we all asked ourselves how digital technologies could be merged with nature, heritage and agriculture. Our urban hackerspaces, including their philosophy and practices, can be seamlessly transposed onto rural areas. We realized that many people living in the countryside either already fiddle with digital technology, or came from that culture in the first place.

How do these hackerspaces integrate on a local level? What can they contribute to rural areas?

Rural towns often suffer abuses motivated by engineering consultancies and large corporations’ financial interests. Certain hackerlands arise as an alternative to these structures, turning into local, non-profit consultants of sorts. They meet some of the rural area’s needs – particularly digital de-isolation – by creating independent Internet networks that work in mountainous or isolated areas, setting up local, democratic servers, regional Internet radios, etc. Many of these hackerlands work on agricultural or energetic practices. They’re open spaces, where one is welcomed with no prejudice, in the spirit of working together. Some of them create reproducible, self-building modules, organic solar panels, automated greenhouses. Even jacuzzis from abandoned water troughs! Sometimes there are more temporary initiatives like experiments in agroforestry, for which sensors are built that analyse fungal activity around trees. In short, we could define these places as open, local research labs. 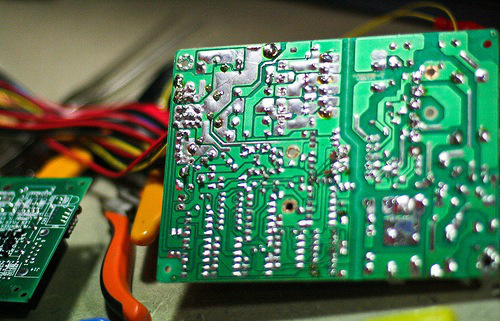 “A Pado loup,” an ephemeral hackerspace amidst the mountains.

Mathilde Leriche: “We want to encourage people to take action, to do things that make them more self-sufficient…A Pado Loup’s main goal was the development and democratisation of technological know-how in a rural setting”, explains Ursula Gastfall, one of the organisers of this self-managed festival, which took place for the first time from the 12th to the 22nd of August 2012, in Breuil (Alpes-Maritimes). At more than 1,500 metres above sea level, around a hundred people from various origins (Spain, Brittany, Nord-Pas-de-Calais, Canada…) gathered to set up this rural, ephemeral hackerspace, after a call for proposals was broadcasted by the urban hackerspace “/tmp/lab/” in Vitry-sur-Seine (in the department of Val-de-Marne).

In the hamlet of Pado, near the village of Beuil, festival-goers swapped and discussed amidst artistic performances and workshops on electronics and experimental ecology, inspirited by the “Do It Yourself” culture. On the event’s program: building wind turbines, solar ovens and 3D printers, making free software and doing research on fermentation, as well as concerts and lighting and analog photography laboratories…all of this, right in the heart of the Alpine mountains.

“If we take a look at the etymology of the word ‘hacker’, it refers to hacking wood”, comments Ursula Gastfall. “Being self-sufficient means looking for practical solutions that meet our needs in a specific context”. In Pado, there is no water or electricity. Festival-goers put together a rain-water collection system that filtered the water before consumption, and set up solar panels – wired to batteries – to supply the electricity to the electronic equipment used for the event. “I hope that A Pado Loup will have offspring”, wishes Ursula Gastfall, “and that others will be motivated to organize events on different kinds of terrains, a challenge that will bring out the creativity and inventiveness in everyone involved”.

1. Open source designates a software development practice whereby the basic code is accessible (but not necessarily free) and therefore transformable. The free software movement promotes principles such as free access to information, mutualisation or keeping things free (of charge).↩