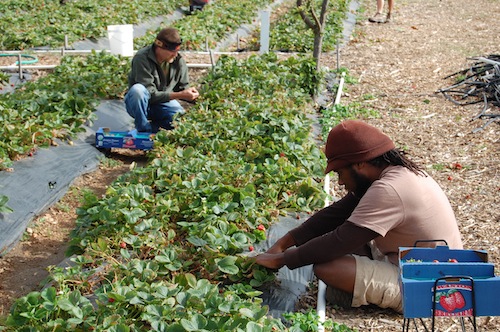 Today is Jackson Fowler’s last day on the job. For the past two years he’s been a trainee on a small, organic farm in Santa Cruz, California, and now he’s headed off to a new job on a 32-acre blueberry and fig farm, where he’ll continue the work that, he discovered, comes quite naturally to him.

“Before this job, I didn’t have any hands-on experience with farming other than pulling weeds for my mom,” he says, taking a break from harvesting strawberries. “But I guess it runs in the blood, because once I got my hands in the dirt, I couldn’t stop.”

Prior to his job at the farm, Fowler, who is a soft-spoken and articulate young man, had been homeless for nearly 10 years. “When I was 15, my father died, and my home life fell apart,” he says. “I got really heavy into drugs and found myself living on the streets.” 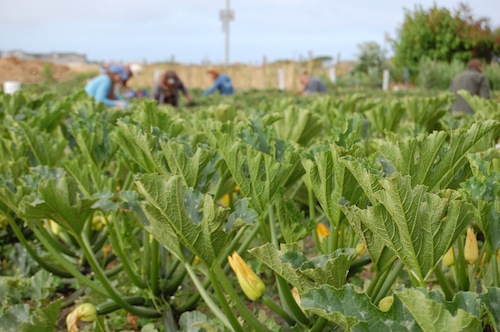 Though he managed to get by, Fowler knew that he wanted something more from his life. “I’ve always been pretty resourceful, and I could live off of a dollar a day, but after almost a decade on the streets I decided that I needed to start doing something a little more productive with myself.”

The opportunity that he was looking for came when an outreach worker told him about a gardening project that provides homeless people with transitional employment and job training. “I’m pretty radical in my politics,” he says, “and the job sounded like a better way to be a part of the system than pushing buttons at Safeway.”

Now in its 20th year, the Homeless Garden Project began with a small, donated plot in a community garden, and a group of people who held the vision that working with the earth could be therapeutic, and could provide job skills and employment to people in need. Since then, the garden has moved several times, grown into a farm, and become a valuable part of the community. 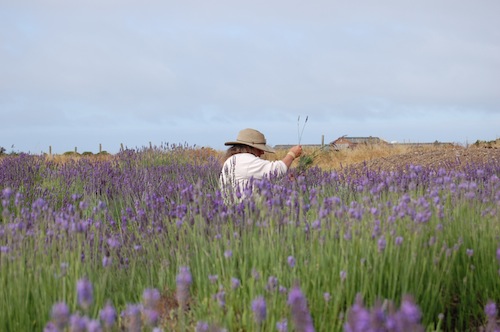 The farm, which is certified organic and grows a variety of vegetables, flowers, herbs, and fruits, provides 14 trainees with valuable gardening skills like sowing, cultivating, harvesting, composting, replenishing, irrigation, and pest management. It also provides the structure for trainees to practice general work skills like showing up, quality of work, initiative, and clear communication. The trainees are paid for their work, and can stay in the program up to three years.

Fowler, who now studies horticulture at the local community college, found the project to be the catalyst he was looking for to make a change in his life. “The garden became a huge springboard for transition,” he says. “I started thinking about how political food is, with how it’s grown, what you put in your body, how much money it costs, and how to change that cycle entirely; what you’re capable of doing yourself with a little bit of resourcefulness and ingenuity.”

The garden project offers what can be a life-changing opportunity, but due to funding limitations, can only take on 14 trainees at a time. This leaves the staff the ongoing challenge of choosing from the applicant pool—which at times greatly outnumbers the available positions—those individuals that they think will benefit the most from the program. 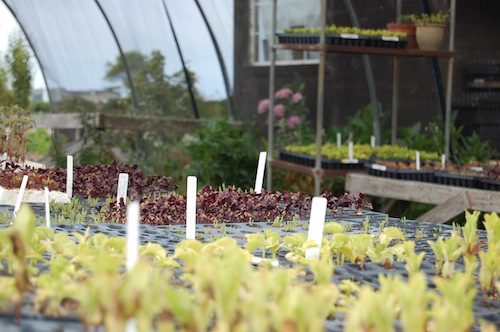 As well as the hands-on training at the garden, the project also presents a way for the trainees to provide for others through their ongoing relationships with numerous non-profits. The farm currently provides food for women’s crisis support centers, young adults aging out of foster care, and children who have been the victims of trauma. They also provide flowers for hospice and host regular visits to the farm by groups of differently-abled individuals.

At the end of every work day, the staff, trainees and volunteers sit down and eat a community lunch together. The meal is lovingly prepared by a dedicated crew of volunteers using food from the garden, and is, for some, the only meal of the day. It’s a time to enjoy the fruits of their labor, and reflect on the benefits of a job well done. “There’s something about eating the food that you grow, that’s very valuable,” says the project’s executive director, Darrie Ganzhorn.

The garden project is funded, in part, by a Community Supported Agriculture (CSA) program, where people buy shares and receive a box of freshly-harvested food on a weekly basis. It also receives grants and donations—of both land and money—from the city, county, individuals and businesses, and has a retail shop which sells, among other things, candles, flower wreaths, herbal sachets, lavender cookie mix, and jams. 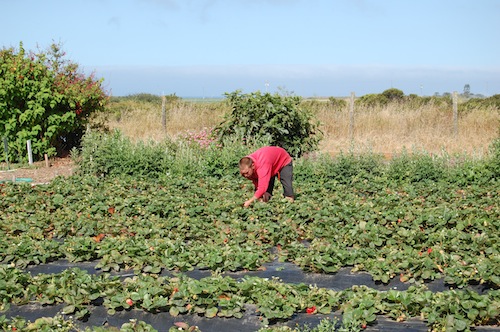 Funding the program is an ongoing challenge, but so too are the problems that the trainees face on a daily basis, from issues with shelter and safety, to health and recovery. “It’s a program that’s really focused on giving people a chance to grab a hold of their lives and move forward,” says farm supervisor Rachel Cohen, “so it’s hard to hear a trainee say, ‘All my stuff got stolen,’ and I can’t do anything about it.”

The challenges of being homeless are many, and are often exacerbated by society’s frustrations surrounding the issue, but the garden project staff and trainees are in a unique position to change misconceptions about who the homeless are. “Homelessness isn’t always seen in the best light,” says volunteer coordinator Leigh Klein, “but when people come here, it changes their perception.”

“There’s a lot of fatigue in Santa Cruz with homelessness,” says farm manager, Forrest Cook, “but we’re one project that’s working. People are here getting training, and helping to provide valuable services to the community.” 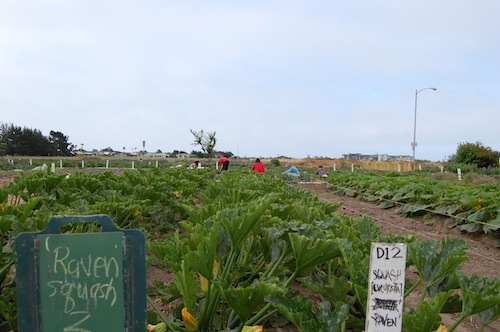 Humble in its roots and scope, yet massive in its service and heart, the Homeless Garden Project is a demonstration of what can be done with some dedication and vision, and a commitment to the human potential.

“I’m always struck by the parallel with harvest,” says Ganzhorn. “We have 50 families who get 10 items each and there’s a feeling of ‘Is there going to be enough?’ Then everyone brings their part in and you find that there is always enough. What we have as a group is abundant and enough.”