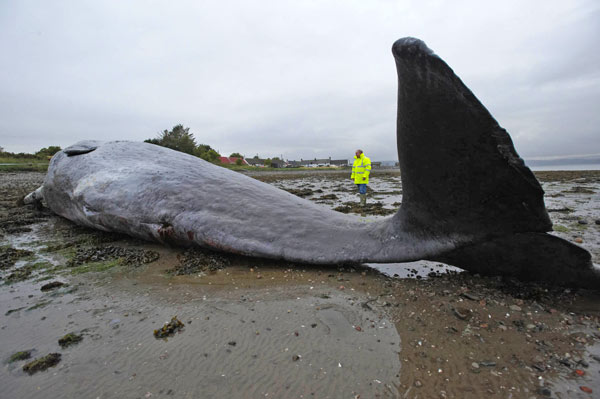 High Country News (the Western state newsmagazine featured prominently in our conversation with author Paolo Bacigalupi) produced this disturbing collage of the contents found in the stomach of a beached whale. It amounts to an incredibly powerful argument for reducing the amount of trash we are pumping into our ecosystem.