What Social Entrepreneurs Can Learn From ZipCar - Shareable
Skip to content 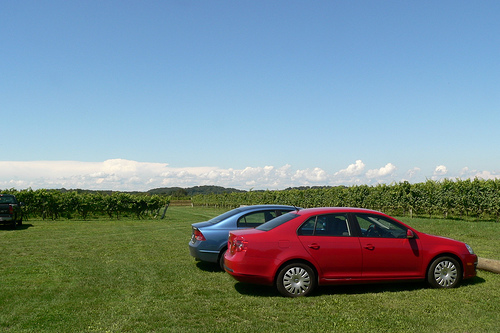 The year was 2000. People everywhere were still celebrating that the world as we knew it hadn’t been obliterated by a computer bug. Desktop modems around the country were still screeching their annoying song, and Mark Zuckerberg was a 16-year-old kid in New York, probably busy downloading *NSYNC’s “It’s Gonna Be Me” from Napster.

Meanwhile, a small new company was setting out to change the way people get from point A to point B – and in the process changing their relationship with the automobile. In those days, two passionate and smart entrepreneurs ran the company. They were operating in Boston, New York and Washington D.C. They had a growing base of passionate customers who were enjoying the convenience of the company’s offering. And some of those customers were very excited about the vision of this scrappy little company. Who was it? Zipcar of course.

As an entrepreneur, Angel Investor, and the co-founder of ShareZen.com, an online service for people who share big things like houses, boats and planes, I spend a lot of time learning from my own and other people’s successes and failures. Lately, I have been thinking a lot about the entrepreneurs and passionate business leaders like those who started Zipcar, who have been building the shared economy for years. I know there’s a lot to be learned from their examples.

A year ago I was part of a due diligence effort for a group of angel investors looking into a would-be startup company here in Oregon that was setting out to create a pay-per-mile auto insurance company. I volunteered to do some digging into the company’s marketing, sales and support strategies. It was pretty clear to me from the beginning that this company would not be able to afford a traditional insurance company marketing approach to acquiring customers; they wouldn’t have the budget. But it also seemed clear to me that there were a whole lot of people who would be excited about what they were setting out to do. In fact, I could honestly imagine them creating a movement that could spread wildly, bringing the company along with it.

One of the company’s advisors was Paige Arnof-Fenn. Paige was the first Chief Marketing Officer at Zipcar, back in 2000. The startup team I was digging into could not have found a better person to advise them on how to approach marketing. Paige’s advice for the founders was insightful and interesting, but the thing that has stayed with me is her own story from the early days at Zipcar. Paige and I spent about an hour on the phone together; after talking about the company I was researching, she let me dig in a bit on what the early days at Zipcar had looked like from her perspective.

And I learned some valuable things from that conversation.

As the initial head of marketing for Zipcar in 2000, Paige was the company’s first outside hire; before her it was basically a couple of moms, their friends, neighbors and family. Here’s what I found most interesting: The reason Paige joined Zipcar was that she saw it as an opportunity to create a worldwide brand while changing people’s relationships with cars. The term “shared economy” may not have been formally created at that point, but it was the underlying concept that sparked her interest.

Zipcar’s marketing budget for the three markets (NY, Boston, D.C.) was $1,000 each, per month. In other words, their vision was to create a worldwide brand on $3,000 a month! So with a budget that low, Paige knew she had to get creative. So she turned to their customers/fans to be her marketing team – literally.

This was long before twitter and Facebook, but she had all their e-mail addresses, and she could see that in each market she had 10 or 12 people who worked at advertising companies. She reached out to them to create direct relationships, and ultimately she exchanged car use in exchange for them being her mavens. This group of customer-friends jumped at the opportunity. They loved what Zipcar were doing, and before she knew it they were doing her creative for her, placing ads, helping get space on the subway and in stations, etc.

It worked. Zipcar is now planning an IPO sometime in 2010, and tens of thousands of people (and counting) have different relationships with cars than they did 10 years ago. Zipcar truly is the global brand she envisioned.

So, as a proponent of the shared economy and a startup entrepreneur myself, what did I come away with that I could use… that we all could use? Three simple things – so simple that you might want to revisit them if you’re trying to do business in this market.