What Neighborhoods Are Best Weathering the Foreclosure Crisis? - Shareable
Skip to content 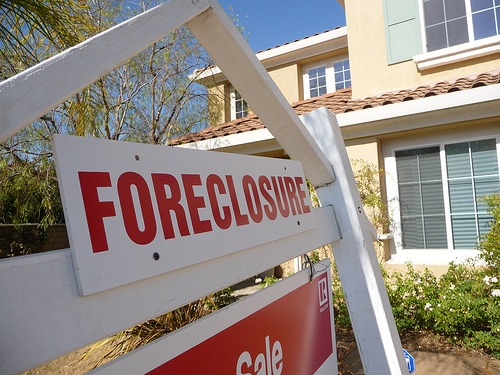 I just discovered a 2009 study of what kinds of neighborhoods in six regions — St. Louis, Cleveland, East Bay, Riverside, Chicago, and Atlanta — are proving most resilient in the face of the foreclosure crisis. Conclusions:

The greatest obstacles to local resilience are the rigid and inflexible policies of lenders and loan servicers. The report concludes that resilience requires both “horizontal” relations of trust and collaboration with regions and “vertical” policies by higher level actors to support and empower local collaborations. Even the most resilient metropolitan areas cannot adequately address the crisis on their own.

Federal and state policies can expand (or contract) the “opportunity space” for local resilience. State laws, for instance, that lengthen short foreclosures processes give local actors more opportunity to prevent foreclosures and keep families in their homes or apartments. Local actors need the right kinds of policies by higher level actors to support metropolitan resilience. Likewise, state and federal policies will not be effective if local actors lack the capacity to organize responses that are adapted to local conditions.

On April 10, we at Shareable.net will be joining dozens of other folks to explore Design 4 Resilience–if you live in the Bay Area, I hope you’ll join us. The results of this study brought to my mind Neal Gorenflo’s "Very Short Primer on Resilience," specifically these principles:

In the housing bubble, we can see how the frantic pursuit of growth and the rationalization of home financing (driven by consolidation in the financial and banking sectors) led to "dangerous rigidity and fragility"; you can see how impersonal hierarchy and an inability to adapt quickly led to so many millions of people losing their homes.

But the solutions are quite apparent as well: vibrant civil society, collaboration between the different sectors of civil society as well as business, the intervention of government at all levels, a regulatory environment that limits the potential for abuse but grants flexibility in responding to crisis. Population density seems to help; so does the ability to make fast mistakes and then learn from them.

But the big picture here, I think, is yet more evidence that Americans need, as a matter of practical necessity, to move from a frontier, growth-oriented mindset to one that embraces managing for resilience, community, and sustainability.