What if Lena Dunham Coworked? - Shareable
Skip to content 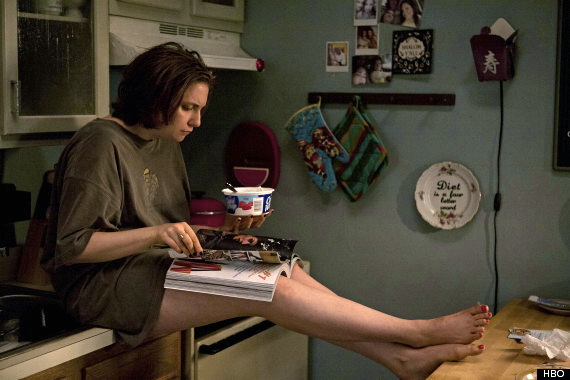 In the Season 2 Finale of the popular HBO series Girls, Hannah sits in her New York City apartment, pantless, spooning Cool Whip Original straight from the container and flipping through a fashion magazine.

Hannah—played by the writer of the series; 26-year-old Lena Dunham—should be writing.

A book. no less. She's already received (and spent) a nice little advance, and the first few chapters were supposed to be on her publisher’s desk several days ago.

Hannah has written exactly one sentence.

In bed with her laptop, she googles strange ailments before dozing off and waking up to a call from her exasperated publisher. He needs to see some pages—like now, or she will be sued. Squeaking out an apology, and an excuse involving a ruptured eardrum, she tells him she is "on it."

Then she calls her dad asking for some money to help pay back the advance she's already spent, but the child of the "entitlement generation," with a bloody tissue jammed in her ear, has been cut off.

In the bathroom mirror, she hacks her hair into a lopsided bob—a whim inspired by a page in her magazine.

As the cursor blinks tensely on an almost-blank page, a startling notion overcomes me: I am Lena Dunham.

Then I remember that in real life the woman is only 26, not mentally ill, and the writer of a widely-watched HBO series about twenty-somethings trying to make it in New York City.

I am not Lena Dunham. Nor am I Hannah.

But I do understand, on a very deep level, how it feels to be trapped in an apartment with a book to write (in a day) and a container of Cool Whip Original in the fridge.

Did I say book? I meant mind-blowing magazine queries on very blank pages.

Only instead of New York, it's a picturesque surf town marred by violence and drugs. Or, as the New York Times recently put it, a free spirited beach town with an identity crisis.
And instead of the American Dream in whip form (a questionably toxic concoction of hydrogenated oils, high fructose corn syrup, and the "synthetic wax" sorbitan monostearate), I crunch handfuls of raw cacao nibs, which taste something like hard-packed dirt and cost the majority of my food budget for the entire week.
Hannah isn't real, and yet I wonder if she could pull on some pants and head to a coworking office somewhere. If she did that, would she have at least several pages written by now? 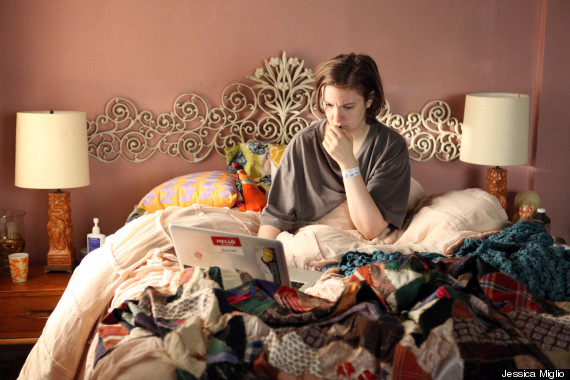 I'm thinking all of this as I ditch my beat up Toyota Corolla under a lemon tree four blocks from the coworking office. The structure that validates my existence, legitimizes my one year commitment to the struggle to write.
It's 2 p.m. by the time I’ve showered, put on pants, plucked a few lemons (it's not illegal if the tree spills over a public sidewalk, says Daniel Suelo) and put one foot in front of the other towards "work".
As I slide into a desk, I wonder, as I always do at this exact moment:
Do writers have a place in the coworking world?
From a random coworking office in Ohio comes a resounding “Hell, yeah!”

Michelle Taute is a freelance writer whose blog I came across one day while google searching instead of writing. Her list of how Coworking Will Change Your Career and Life (for the better) drew some chuckles and made me feel less alone, so I emailed her. To my surprise, the stranger replied with a shower of encouraging words including, "Don't be intimated by the word startup," and "they need your skills as much as you need theirs."

She may be right. A recently-started quarterly on Santa Cruz technology and culture called Instant Magazine kicked me down a few story assignments last month, for which I was totally thrilled.

But other than that, I pretty much keep to myself. Clinging to an unopened copy of The 2013 Writer's Market like it's a water-logged door splintered from the rapidly sinking Titanic. Hoarsely, I bleat my rescue whistle and think about how I'd make room for Lena if she were here with me.

Who is Out There?

There are other writers in this old Newspaper headquarters-turned-coworking office, Cruzioworks. Looking around, they are easy to spot. The ones who wear their hoods when they're working, so as not to let thoughts escape through the top of the head. The ones most likely to scuttle for the desk in the under-the-stairwell nook I like to call “the Cave.”

There is my new friend Bob Prentiss, an ex-attorney who is patiently awaiting my Amazon review of his book, iMotivateMe. We are planning a photography trip to Big Sur next month, (and the man is funny, so expect something worth reading!)

And there is Paul Plansky, who names his age only as “old enough to collect social security, and I do.” Plansky puts Lena's character and I to shame. He wrote the entire second half of his first novel, Vegas Snap, at Cruzioworks. It had taken him two years to write the first half of the book, but once he got away from his wife's art studio, the fridge and the TV, he finished the book in just six months.

I’ve read pieces of his shadowy murder mystery, and I was deeply entranced. Not to mention surprised that some of those scenes came out of the brain of such a nice, normal-seeming kind of a guy.

Plansky is a true believer (and proof) that the coworking office functions as a writers' den. And he has little or no tolerance for "writer's block." The way he sees it, you should just put down the Cool Whip and answer the question:

What is stopping you?

“Writing locale is somewhat overrated,” says Plansky, and I realize I'm staring off towards my favorite desk, now occupied by somebody who is not appreciating it like I do.

He cites Walter Mosley’s book This Year You Write Your Novel, which he calls his novelist’s bible:

“Mosley and other best selling authors warn about writers who insist on creating the right mood, tone, or atmosphere before starting their work,” says Plansky. “Mosley is skeptical about writers who need a ‘special pen or particular desk set at a window’ with a gorgeous view.”

Plansky’s working in the cave today, though he says he has tried every desk in this joint. 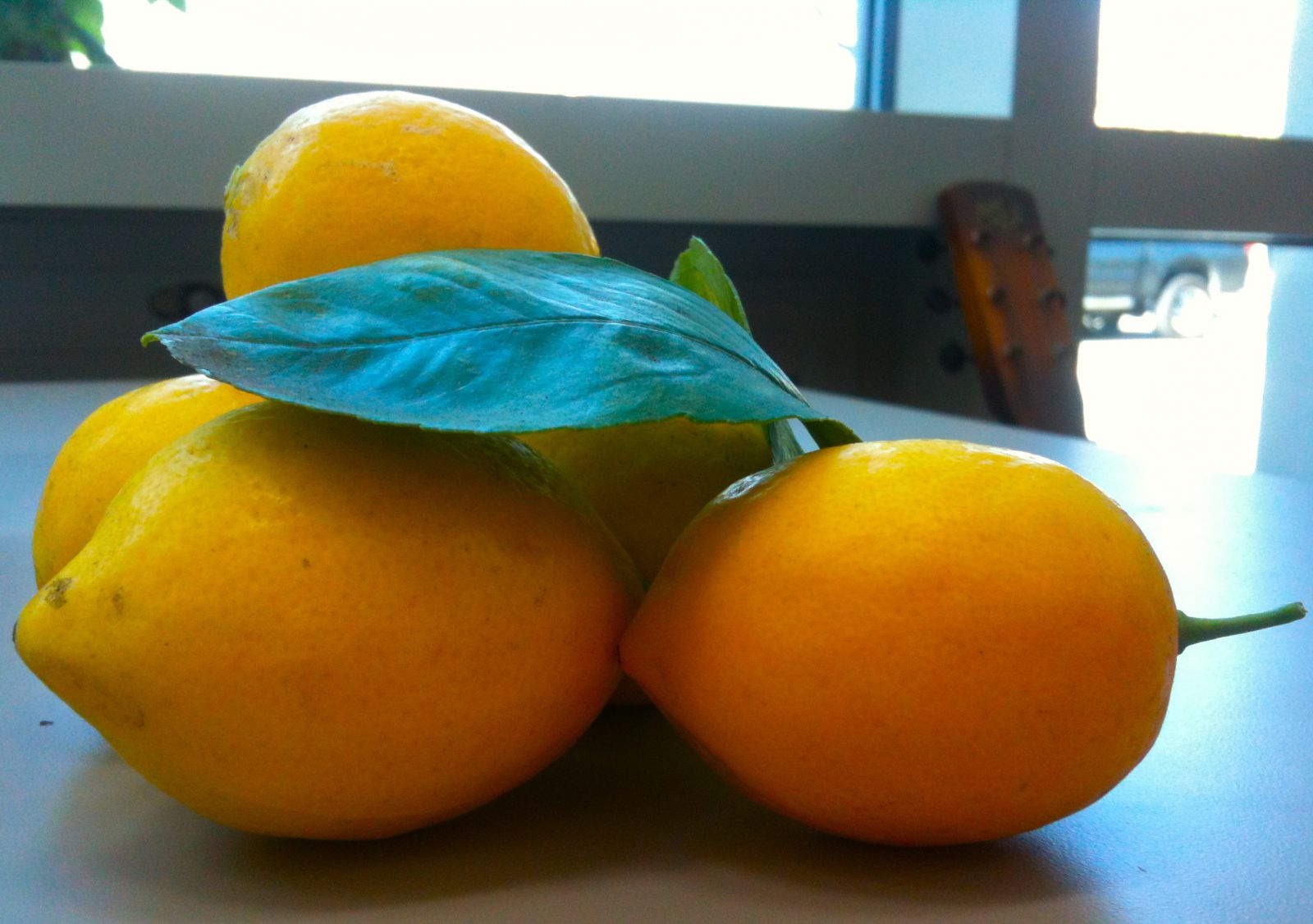 As I look around for another Lena to talk to, I know that she’s probably out there somewhere, under a pile of blankets, ignoring her phone

When faced with the fear of growing cobwebs (or exploding) on the launch pad itself, there is something empowering about letting it all hang out. Until the PTSD of post-publish sets in, baring ones insecurities and embarrassing life facts for the world to laugh and criticize is, strangely liberating. And exhilarating, I'm sure, in the afterglow of a Golden Globe, when she said she hopes the show makes people feel less alone.
And, even if Lena's character did cowork like me, she'd probably fail to make it to the office some days, as I often do, under the guise of "saving gas money," to hide out at home, where the writing conditions are perfect; pantless, scared, and shoving q-tips just a little too far.
Follow Maria Grusauskas on Twitter @MariaGWrites or write to her on her Facebook Page!