What Gov 2.0 Can Learn from Participatory Budgeting - Shareable
Skip to content 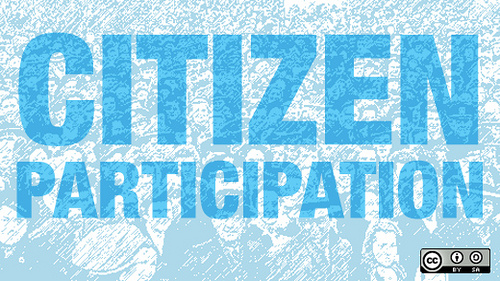 This post appears courtesy of the Collaborative Study Lab, an Experimental Research project from Southwestern University on civic technology and open government.

PB puts into practice, in mostly physical spaces, the principles of open source and online collaboration: radical transparency, voluntary participation and selection of tasks, distributed organizational structures, and so on. The PB movement has also been around since 1989 when it started in Porto Alegre, Brazil, so they have decades of experience in promoting and practicing open and citizen collaborative governance.

Participatory Budgeting is Successful When it Mixes Local, Technical, and Political Knowledge

In the context of PB, gathering local knowledge means reaching out to those with intimate knowledge of the needs and dynamics of the community in order to identify which kinds of projects need to be pursued. The technical knowledge component consists of bringing in those who know the technical requirements of these projects in order to educate citizens on the viability of any given initiative. Political knowledge is also vital in navigating bureaucratic roadblocks and the various needs and desires of the political actors involved in the fiscal process.

Gov 2.0 as a field still needs to work towards finding this mixture of local, technical, and political knowledge to build informed tools that are both viable and well directed. It is vital for civic hackers to connect with those who are intimately familiar with the problems communities face, so that they can identify areas where ICT tools can help. Political knowledge is also essential in guiding technologists through the often murky waters of bureaucratic processes.

Without the guidance of local and political knowledge, Technologists risk wasting a lot of time and effort working on irrelevant problems or implementing impractical solutions. Paul Davis posted a great piece about this on Shareable.

PB is an opportunity to allow communities to monitor, analyze, report on, and improve their own neighborhoods. In PB citizens are asked to assess the needs and desires of the community and create fiscal solutions that respond to the actual conditions of their lives. This self-assessment characteristic contrasts traditional forms of representative government in that localities retain responsibility in governance and it is not entirely passed on to elected officials to decide for the community. When community level stakeholders are given the capability to decide how government resources are allocated an entirely new dynamic forms where fiscal resources are more directed to the true needs and desires of the community.

For Gov 2.0 this goes back to building informed tools that tackle real civic problems and not simply having technologists building tools for themselves. It is great that we have the capability to create tools to make using the subway easier for smart-phone users but after the sixth or seventh app that basically shows the same information, it is time to move on to more pressing matters. Although the field is growing (hopefully) there are not a lot of civic technology resources in the space to squander on trying re-solve the same minor problems. Civic technologists need to connect with those who understand civic problems and look for ways that ICT might be able to help.

Another major component of that is building tools that facilitate self-empowerment the way PB puts a powerful “tool in the hands of the poorest communities.” PB improves public service delivery by enabling communities to pull what they need to improve their lives, so the Gov 2.0 movement needs to reflect a commitment to build tools that people can use to pursue goals that are important to them. The true potential of ICT is to facilitate citizen to citizen connection, so that civic improvement can grow from the community level upwards.

A Culture of Multipolar Participation