#WalkingMatters: Cities Should Be Good Places for Everyone to Walk - Shareable
Skip to content 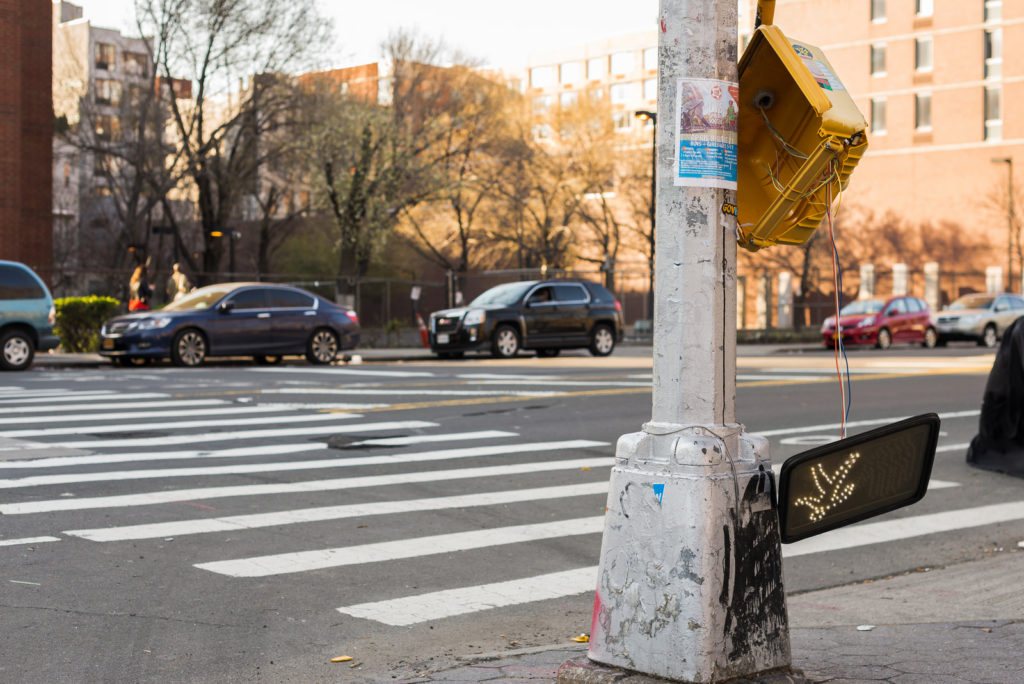 People have walked for justice and economic opportunity throughout American history.

Walking is a powerful tool to change the world, as well as a fundamental human right. To be restrained from free movement is a denial of our liberties, a betrayal of American ideals. And it closes us off from the commons, which all of us should be able to share and enjoy equally.

Yet many disadvantaged people now think twice before traveling on foot due to dangerous traffic, street crime, or a lack of stores and public places within walking distance, which heightens serious problems of poor health, limited transportation options, and overall disillusionment in their communities.

A wealth of recent medical research, highlighted in the Surgeon General’s recent Call to Action on Walking, promotes walking as a way to prevent chronic disease, heart disease, diabetes, depression, and some cancers. The U.S. Centers for Disease Control and Prevention recommends everyone walk or engage in other moderate exercise half-an-hour a day, five days a week (an hour a day for children).

Poor conditions for walking among low-income households, people of color, and some immigrant communities limit their access to jobs and education. One-third of all African-Americans and one-quarter of all Latinos live without access to a car, according to a report by the Leadership Conference Education Fund, which means walking and public transit (which involves a walk) represent important pathways to opportunity. 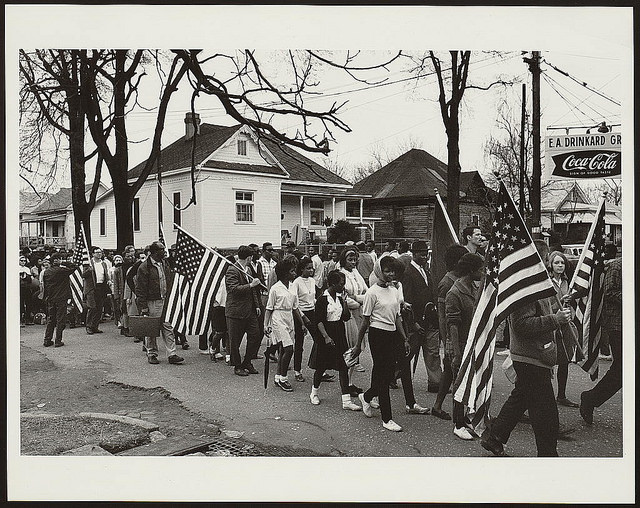 Civil rights protesters march from Selma to Montgomery in 1965. Photo credit: The Library of Congress / Foter / No known copyright restrictions.

Improving walking options can also help ease the financial burdens on poor families, which spend 42 percent of their income on transportation compared to 22 percent among middle-income Americans. That’s because the average cost of owning and operating one car is $8,700 a year .

“This is an issue of equity,” says Gil Peñalosa, founder of 8 80 Cities and an immigrant from Colombia. “A big thing we could do to help low-income families is to make it easier to live without a car. And it would help middle-class families to switch from two cars to one.”

Making America more walkable for people of all incomes and races is a major focus of the National Walking Summit, held in Washington, D.C., October 28-30. Our mission is “to make sure walking is accessible for everyone, especially vulnerable populations in lower socioeconomic communities where infrastructure has not been invested in and pedestrian and public safety are significant issues,” says Tyler Norris, one of the event's organizers and vice president of Kaiser Permanente, which is among 20 co-sponsors including AARP, the National Association of Realtors, the Every Body Walk Collaborative, the Robert Wood Johnson Foundation, the Kellogg Foundation, the Knight Foundtion, and America Walks. The summit is organized by America Walks.

So what stops people of color and those living in low-income communities from walking more?

There are “disproportionately high pedestrian deaths in low-income communities,” according to U.S. Department of Transportation specialist Paul Heberling. He notes that pedestrians in the poorest one-third of urban census tracts are twice as likely to be killed as those in other neighborhoods. African-Americans are 60 percent more likely to be killed by cars while walking and Latinos, 43 percent. This disparity helped spur U.S. Secretary of Transportation Anthony Foxx to launch his Safer People, Safer Streets initiative to help everyone walk and bike more.

In addition to traffic injuries, there’s a stigma in low-income communities that people on foot are “losers,” explains Yolanda Savage-Narva, Director of Health Equity at the Association of State & Territorial Health Officials. Growing up in an African-American community, Savage-Narva recalls, “In Mississippi, it wasn’t normal to walk. It was something that only really poor people did.”

How you travel looms large as an emotional issue in disadvantaged communities, according to Peñalosa. “Walking is seen as a symbol of failure. And you can see why when you look at the places where many people are forced to walk — deteriorating infrastructure, dangerous intersections. It’s like we are telling these people every day that they are second-class citizens.”

Anita Hairston, associate director and transportation specialist at Policy Link, a national institute focused on social equity, offers another reason straight out of today’s headlines to explain why many African-Americans, Latinos, and immigrants are wary about taking a stroll. “The issue of racial profiling is front and center. Who’s got the right to be on the streets? If a group of young black men are dressed casually, people think: Where is this gang going? What are they going to do? Not everyone has the same experience on the street.”

Despite all these roadblocks, people in disadvantaged communities still walk more than other Americans. “The fact is that we have twice as many low-income children who are walking or biking to school than those in affluent neighborhoods, even lacking the infrastructure to protect the children who walk and bicycle,” reports Keith Benjamin, a campaign manager for the Safe Routes to Schools National Partnership.

A little publicized crisis for African-Americans is the high rate of heart disease and diabetes, especially among women, says Vanessa Garrison, co-founder of the health empowerment program Girl Trek.

“The leading cause of death for black women is heart disease,” Garrison notes. “We are dying younger and at higher rates from preventable diseases than any group of women in this country. Eighty percent of black women are overweight. Half of all black girls born in 2000 will get diabetes by 2034 if present trends continue.”

Girl Trek aims to improve black women’s health by organizing communities to walk, even in places where sidewalks are absent and crime rates are high. More than 35,000 African-American women have taken Girl Trek’s pledge to re-establish walking as a healing tradition in their neighborhoods. More than 500 Girl Trek members traveled to Alabama last Spring to walk in celebration of the Selma-to-Birmingham Civil Rights March.

On Foot in Urban America

Fifteen to 20 women in Anacostia — one of the poorest neighborhoods in Washington, D.C. — take an invigorating 3.3-mile walk every Saturday morning as part the Just Walk club sponsored by the neighborhood’s Community Wellness Collective. “People here have this idea that exercise is just for people with money, people with time,” notes public health consultant Khadijah Tribble. “That’s why we walk — to show that’s not true.”

A walking club can be spotted every Thursday evening on the sidewalks of West Humboldt Park, a largely African-American and Latino neighborhood on the West Side of Chicago. They’re part of a program to increase walking and improve health sponsored by the West Humboldt Park Development Council (WHPDC). 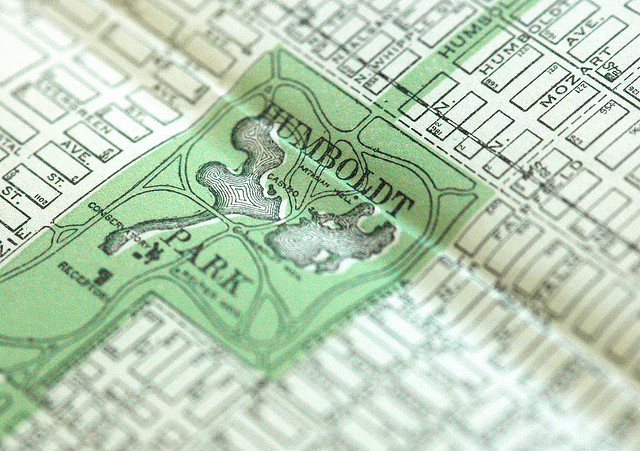 “This area has one of the higher diabetes rates in the nation,” explains Isaiah Ross, until recently WHPDC’s community development manager. “People haven’t walked much here because the traffic makes it hard to get to school or work, and people are afraid to go out because they don’t know their neighbors.”

The Healthy Community Initiative aims to break down people’s isolation, first by bringing neighbors together and then tackling issues that discourage healthy lifestyles. Groups of 8-10 are being organized to tour their immediate neighborhood conducting walk audits and public safety audits. “Are the crosswalks visible at intersections? Is the lighting good enough? … What can be done to slow down traffic? What’s a safe route for kids to go to school?” are among the questions they seek to answer, according to Ross.

Five new playgrounds have been built recently in the neighborhood, and the city of Chicago has begun sponsoring Play Streets events, where a block is closed off to traffic and people of all ages come to hang out and get to know one another.

Stepping Up in Suburbs and the Country

Not all low-income families and people of color live in cities, of course. Suburban residents now outnumber those living in cities among African-Americans, Latinos, and Asian-Americans.

More poor people live in suburbs today than in cities, too, and often experience even greater problems because of spotty public transit, lack of sidewalks, wide streets with few pedestrian safety measures, and greater walking distances to destinations.

Almost 20 percent of the population of Richmond, a suburban city of 100,000 in the East Bay region of California, live below the poverty line. The city’s struggling Iron Triangle neighborhood — which is approximately two-thirds African-American and one-third Latino — has long suffered from poverty and high crime rates, says Dan Burden, a walkability expert at Blue Zones who has worked in 3,000 U.S. communities. Local people seeking to improve their community joined hands to restore Pogo Park and are now working to make neighborhood routes to the park safe for pedestrians by improving the street design to encourage slow traffic and create a more appealing environment for walking. “This is creating a place filled with lots of things for people to do, where gangs will not go to sell drugs or bully everyone,” Burden says.

In rural America — which is poorer, on average, than urban regions and where one in five residents is Latino, African-American, or Native American — walking is more common than most people think. Even with long distances to destinations and very limited public transit options, 1.6 million rural households do not have access to cars.

Small town residents walk almost as much as Americans living in metropolitan areas, according to a report from Rails to Trails Conservancy. In towns sized 2,500-10,000, 7.2 percent of all trips are made on foot and 8.5 percent in towns 10,000-50,000, compared to national average of 10.5 percent (and 6.7 percent in newer suburbs), according to the U.S. Department of Transportation.

And rural Americans are enthusiastic about walking. Nine out of 10 want to see their communities become more walk-friendly, according to a recent survey from the Safe Routes to Schools National Partnership, and 81 percent want to increase or maintain current public spending on sidewalks and bikeways.

In Winton, a largely Latino town of 10,000 in California’s Central Valley, parents were wary about kids walking or biking to school due to traffic congestion and lack of sidewalks. The school district responded by declaring walk-to-school day, plus hosting events and teaching classes about safety on the streets. Then they drafted their own Safe Routes to Schools policies, with help from the Safe Routes to Schools National Partnership and ChangeLab Solutions.