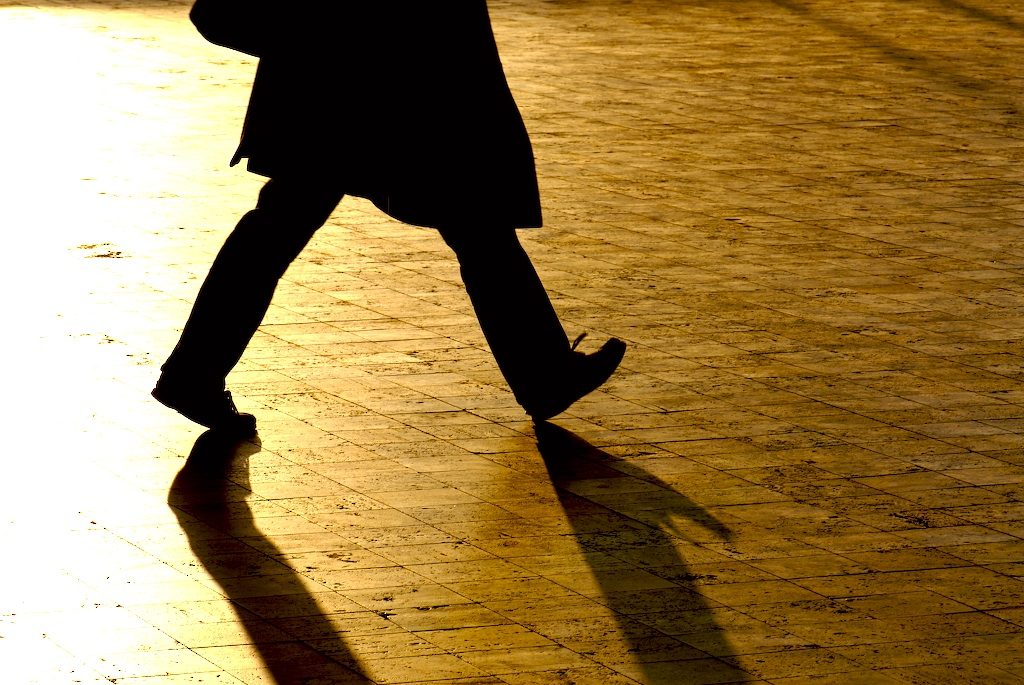 Humans’ most common pastime — forsaken for decades as too slow and too much effort — is now recognized as a health breakthrough, an economic catalyst, and a route to happiness.

Real Simple magazine (circulation: two million) declared “walking America’s untrendiest trend” in its February 2014 cover story. A month later, Builder magazine (a construction trade journal) announced on its cover, “Walkability. Why we care…and why you should, too.” The reason? Simple: “Increasingly, the market is demanding places where homeowners can hoof it.”

The New Yorker weighed in last September quoting the new book A Philosophy of Walking, which asserts that walking “makes it possible to recover the pure sensation of being, to rediscover the simple joy of existing.”

This sheer pleasure of walking is highlighted in one of the year’s top music videos, “Happy” by soul singer Pharrell Williams. It’s an exuberant celebration of life on foot showing all kinds of people (including Magic Johnson, Steve Carrell, and Jimmy Kimmel) strutting, stepping, striding, and sashaying down city streets. It’s been viewed around 500 million times on YouTube.

There is sure to be continuing coverage of foot power next year when the Surgeon General’s office releases a Call to Action on the health and social benefits of walking and walkable communities — a step some are comparing to the 1964 Surgeon General’s Report on the dangers of smoking.

Already the Centers for Disease Control and Prevention (CDC) recommends all adults engage in 30 minutes of physical activity such as walking five days a week based on the proven connection between moderate physical activity and lower incidences of major medical problems — not just heart disease, diabetes and obesity, as you’d expect, but also depression, dementia, anxiety, colon cancer, osteoporosis, and other serious conditions.

This flurry of attention about walking is more than a flash-in-the-pan. Evidence that millions of Americans’ are now rediscovering walking for transportation, fitness and fun is as solid as the sidewalk beneath our feet.

Americans Are Getting Back on their Feet

“Walking is the most common form of physical activity across incomes and ages and education levels,” explained Thomas Schmid of the federal Centers for Disease Control and Prevention (CDC) at the Pro-Walk, Pro-Bike, Pro-Place conference in Pittsburgh this fall. The CDC’s most recent research shows the number of Americans who take a walk at least once a week rose from 56 percent in 2005 to 62 percent in 2010 — which represents almost 20 million more people on their feet.

Speaking on the same panel, Paul Herberling of the US Department of Transportation noted that 10.4 percent of all trips Americans make are on foot — and 28 percent of trips under a mile. For young people, it’s 17 percent of percent of all trips. Americans walk most frequently for exercise, errands and recreation, according to the National Highway Traffic Safety Administration.

Last year the first-ever Walking Summit was held in Washington DC, drawing more than 400 people from 41 states and Canada representing 235 organizations ranging from the PGA Tour to the Sioux Falls (South Dakota) Department of Health. A second summit is scheduled for October 28-30, 2015 in Washington, DC.

The 2013 summit, which sold out weeks in an advance, marked the birth of a new walking movement committed to: 1) encouraging everyone to walk more; and 2) boosting policies, practices and investments that make communities everywhere more walkable. It was convened by the Every Body Walk! Collaborative, a joint effort of more than 100 influential organizations across many fields to promote walking as part of the solution to problems ranging from chronic disease and health care costs to climate change and the decline of community.

“In addition to the health benefits of getting regular physical activity, people’s health can be correlated to having strong relationships, and living in connected communities with high levels of social cohesion,” said Kaiser Permanente Vice-President Tyler Norris at the Pro-Walk Pro-Bike Pro-Place conference. “Among the important determinants of this sense of belonging is ‘Do I know my neighbors?’ A walkable community fosters these connections every day by helping us meet people we otherwise wouldn’t.” 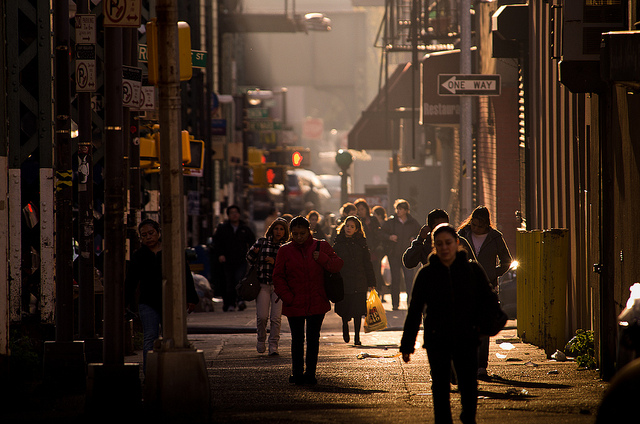 Americans overwhelmingly view walking as a good thing, according to a national survey from GfK Research sponsored by Kaiser Permanente. Here are some of benefits of walking shown in the survey:

Americans Are Voting with Their Feet

Even the American dream is being remodeled to meet the public’s growing enthusiasm for walking. Sixty percent of Americans would prefer to live in a neighborhood with stores and services within easy walking distance, according to a recent survey from the National Association of Realtors, nearly twice as many who want to live where stores can be reached only by car.

This is especially true for the millennial generation, who are now entering the workforce and housing market in large numbers. “With drastically different views of transportation from those of generations that came before them, millennials are transforming communities,” notes another report from the National Association of Realtors….” Millennials own fewer cars and drive less than their predecessors. They’d rather walk, bike, car-share and use public transportation — and want to live where that’s all easy.”

Firms in the booming tech, information and creative industries are at the forefront of the trend toward walkable communities because the coveted young talent they need to stay competitive in fast-changing fields want to work in places a short stroll from cafes and cultural attractions. The first thing Google did after buying the electronics firm Motorola Mobility was to move its headquarters away from the freeways and strip malls of Libertyville, Illinois to the walkable environs of downtown Chicago.

From his vantage point at the CDC, Thomas Schmid observes, “If a business is located in a community that is not healthy, they’re paying more to be there. Think of it as a tax or cost of doing business because of health care costs.” One company relocating to Chattanooga, he said, would do so only if a walking and bike trail was extended to their facility.

Why Walking? Why Now?

1. The well-established link between walking and better health, which is reinforced by recent research pointing to the dangers of sitting for long periods. A comprehensive study charting 240,000 Americans between ages 50 and 71 published in the Journal of Clinical Nutrition found that “overall [time] sitting was associated with all-cause mortality”.

2. The accelerating costs of owning one, two or more cars, which many Americans, especially younger people, find a poor investment of their resources. Transportation is now the highest cost in family budgets (19 percent) next to housing (32 percent). In auto-dependent communities — where walking is inconvenient and unsafe — transportation costs (25 percent) approach housing costs (32 percent).

3. Metropolitan areas with many walkable neighborhoods do better economically than those with just a few. Leinberger’s recent report Foot Traffic Ahead finds that walkable metropolitan areas “have substantially higher GDPs per capita” as well as a higher percentage of college graduates. Office space in walkable locations enjoys a 74 percent rent-per-square-foot premium over offices in auto-oriented developments in America’s 30 largest metropolitan regions.

4. More people discovering the personal satisfactions of walking. “Seeing friends on the street, walking to work, strolling out for dinner or nightlife,” are among the pleasures of walking that enrich our lives, says Leinberger.

Jay Walljasper writes, speaks, edits and consults about creating stronger, more vital communities. He is author of The Great Neighborhood Book and All That We Share: A Field Guide to the Commons. His website: JayWalljasper.com