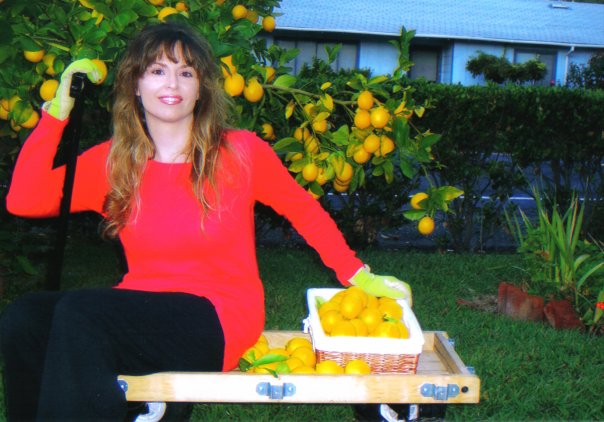 In February 2009, Anna Chan, a stay-at-home mom in Clayton, Calif., 30 miles east of San Francisco, had been driving her colicky 1-year-old, Ava, to lull her to sleep. Once her daughter was zonked out, she pulled over to park in front of a lemon tree, laden with ripe fruit. It dawned on her that no one family could eat that many lemons, and that the fruit could help feed the hungry in her community. So she overcame her fear of barging in on strangers, knocked on the homeowner’s door and asked if she could harvest his lemons and take them to the local food pantry, which distributes food to the needy. He said yes, and she hasn’t stopped since.

The first month she collected fruit from the trees at 50 houses, documenting every house and address and earning her nickname, the Lemon Lady, and her tag line: A Mommy Saving the World One Little Lemon at a Time. She is part of a growing national movement called urban foraging that promotes harvesting the bounty of city trees, rather than letting it fall and rot, and sharing it with members of the community.

Some organize as groups, bicycling from tree to tree and sharing the collected fruit among neighbors. Chan does it alone (with the help of her now-2-year old, nicknamed Ava Gardener, pictured below), loading up her SUV and delivering her harvests to food pantries. 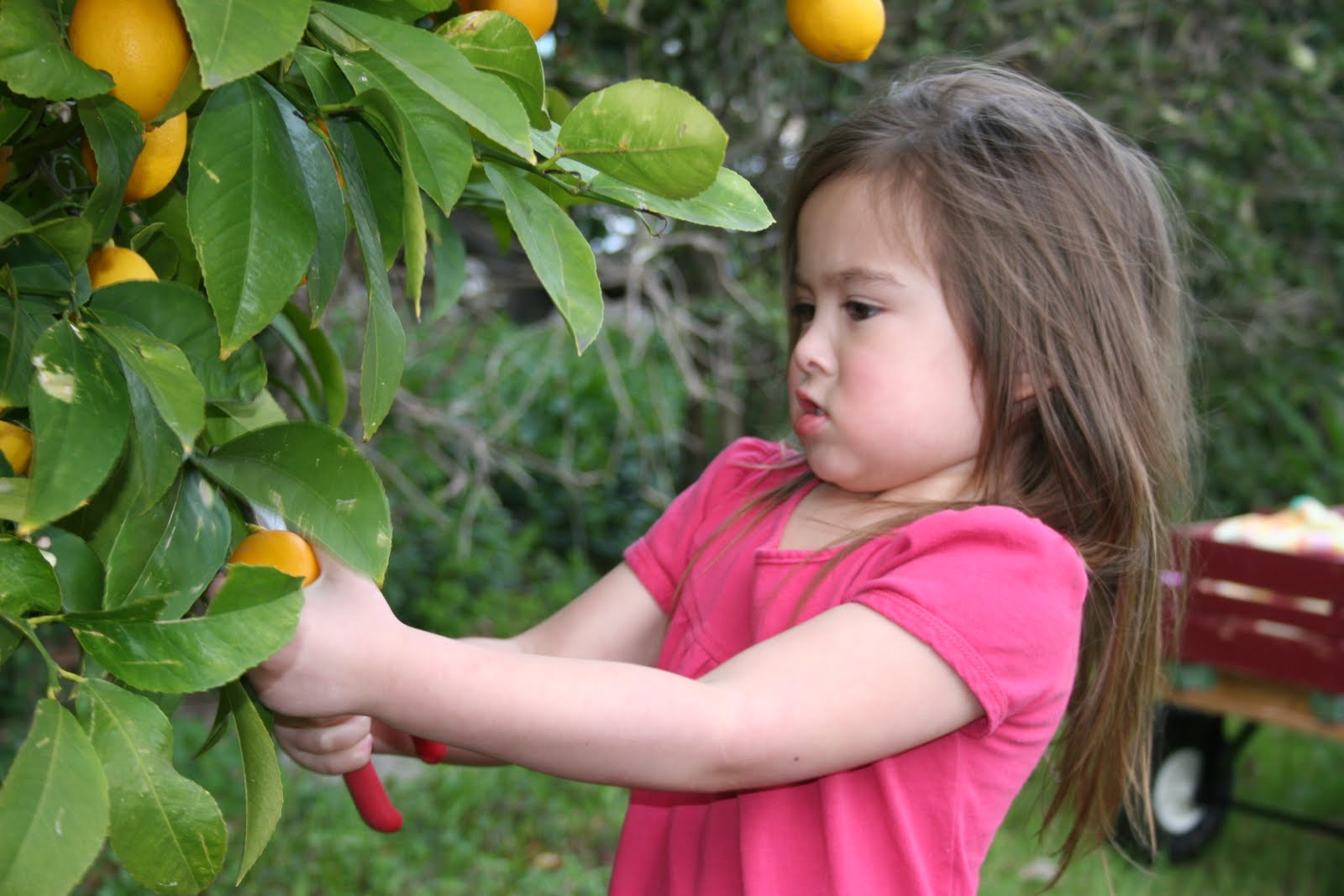 “Many people don’t know that food pantries accept homegrown fruit,” says Chan. “They think there’s a government regulation against it, but there’s not.”

Chan now has “around 500” trees on her list. She delivered more than 40 tons of fruit (an estimated $100,000 worth) to her local food banks in her first year—lemons, oranges, grapefruit, apricots, plums, peaches, tomatoes — including more than eight tons that she picked with her own hands and hauled in her SUV.

A large mature tree yields more than 500 pounds of fruit, say Chan. Some homeowners pick the fruit from their trees themselves and leave it in the driveway or on the porch for her to pick up.

She also makes the rounds at weekly Farmers’ Markets, hitting four to six a week, politely asking famers to donate the fruits and vegetables they don’t sell, which would otherwise end up as compost. In a year, she got 150 truckloads, which, at 400 to 500 pounds per truckload, added up to almost 50 tons. 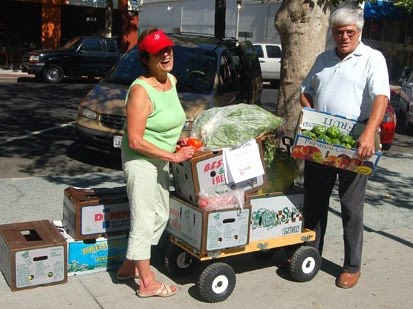 Chan, a fast-talking former administrative assistant with more energy than a nuclear power plant, does all this for no pay. She has picked up a shelf full of community service awards in the process, including the prestigious Jefferson Award. Honored March 24 as a Women’s History Month Hero by KQED, San Francisco’s public broadcasting station, she says she is not interested in awards, but is happy to show up and collect them if it helps raise public awareness. She has a blog and has gotten 6,000 emails from people interested in doing similar efforts in their cities.

“I got an email from a man in North Carolina who says he now thinks of me every time he puts lemon in his tea.”

The main tool in her arsenal is a simple flyer that asks the property owner is she can come back and pick the fruit she sees so it can be donated to the local food bank. (Sample flyers are posted on her website.) She carries the flyers in her car, and when she sees a tree not already on her list, she’ll slip a flyer under the owner’s door.

“I have a 99 percent contribute rate,” she boasts. “That fruit will go to waste if you don’t ask for it, and most people say yes when you ask.” 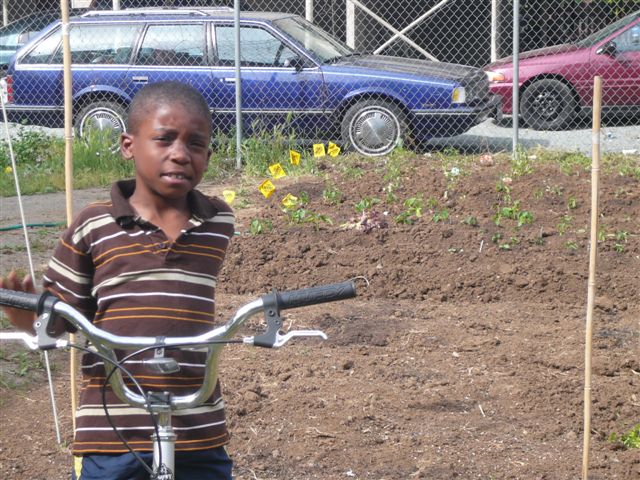 Chan has also been proselytizing to churches and garden clubs. She encourages church members to put a notice in the weekly bulletin about collecting and donating fruit from trees. And she is trying to educate garden clubs to do more than grow pretty flowers; they could be growing seedlings to be placed in community gardens to feed the hungry. She helped start a community garden in the town adjacent to hers, the Children’s’ Community Garden in Concord (pictured above), and stresses the value of seed saving for future plantings, to reduce the need to buy seeds. “You grow one sunflower and get $50 worth of seeds.”

She also speaks to Rotary Clubs, trying to get the business community involved. “They could get contractors and roofers up on ladders to collect the fruit as volunteers.”

Chan’s husband is a dentist, “But we’re not wealthy,” she says. And she realized that to sustain her project and promote it nationwide she will need to become a nonprofit organization and get grants. 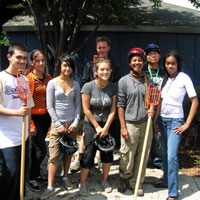 Oakland, Calif.,’s community organization called PUEBLO (People United for a Better Life in Oakland) has designed a model for urban foraging that is linked to the Mayor’s Summer Jobs Program. Called Urban Youth Harvest (participants pictured at left), it is an eight-week program that pays teens to pick fruit in three Oakland neighborhoods, and then donates the food directly to low-income senior centers in those neighborhoods. The program received additional funding from President Obama's Recovery Act Stimulus Fund and partnered with Cycles of Change, a nonprofit bicycle education organization, so the teens could bike their way to the harvest sites.

“There are millions of dollars’ worth of organic produce that most people use only a fraction of,” says PUEBLO’s executive director Rashida Grinage, who doesn’t use the word “forage” because her program is more about redistributing resources and conservation.

“A lot of people are tempted to cut down their fruit trees when they get so much fruit it falls and creates too much mess and attracts animals. They get overwhelmed," she says.

“We can get this nutritious, healthy food to the people who need it and relieve the people who have it and create jobs all at the same time. Seems like a win-win-win, and there’s zero carbon footprint.”

The program started small three summers ago, and last year grew to 31 teens. They reached out to homeowners to get permission to harvest fruit from their tress by distributing flyers at street fairs, festivals and going door-to-door. They also put blurbs in the newsletter of the City Council person of the district they targeted for harvesting.

Grinage says they decided to donate directly to seniors, because “seniors, in particular, are left out of a lot of options and lack mobility to get healthy food. We’re moving food from people who’ve got it to people who need it.” 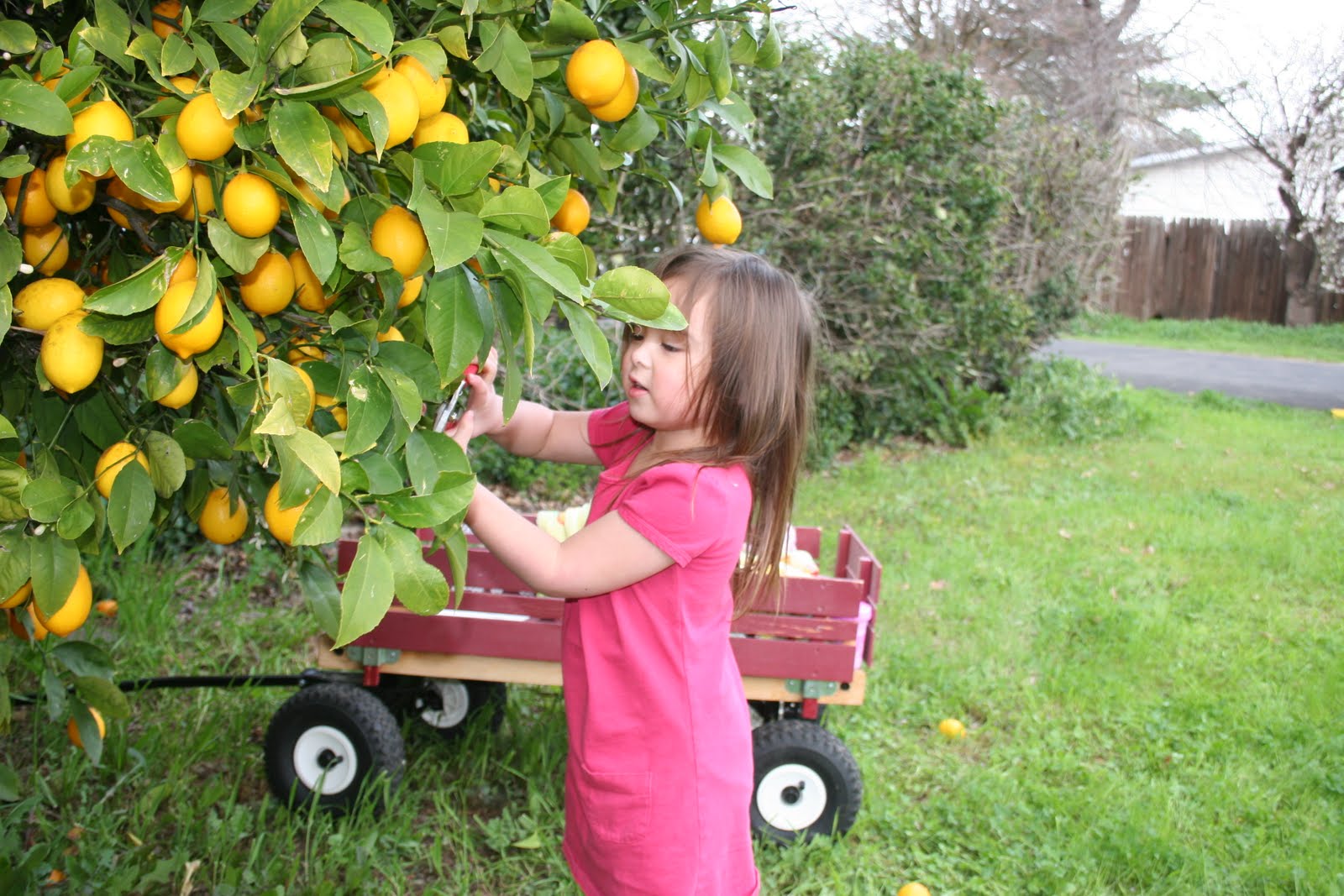 Here are some other groups involved in urban foraging:

Do you know of a group in your area helping forage fruit? Tell us about it in a comment!