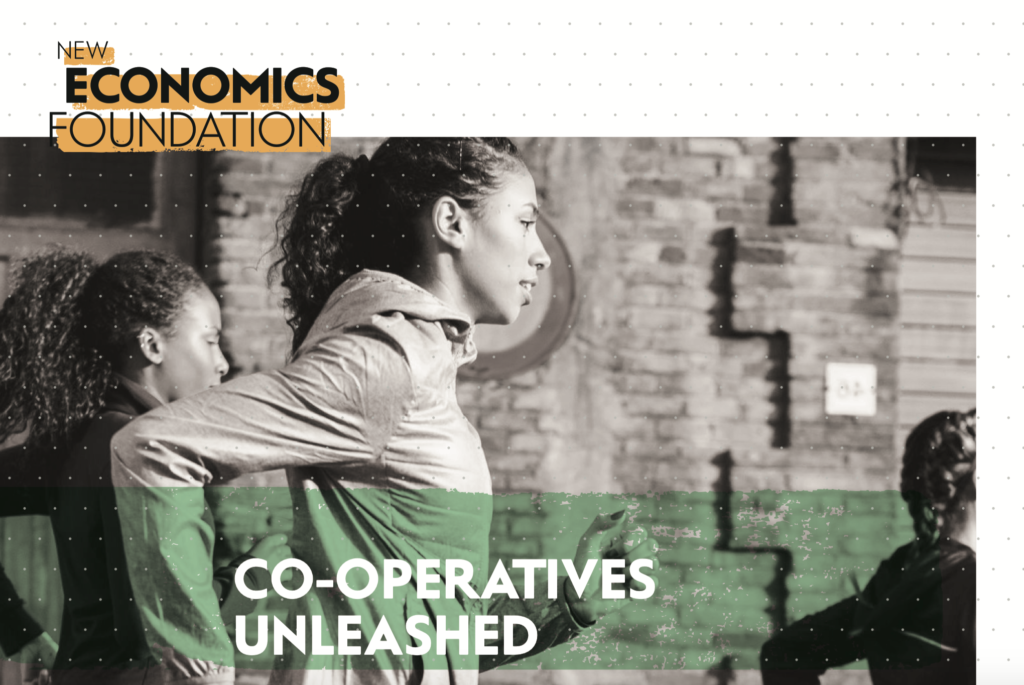 On July 3, the Co-operative Party in the U.K. launched a report at parliament outlining a strategy to double the size of the U.K.'s cooperative sector by 2030. The report, written by the think tank New Economics Foundation (NEF), was commissioned by the Co-operative Party and comprises a vision of the party's goals. The report, titled "Co-Operatives Unleashed" reviews the current state of the co-op sector in the U.K., features case studies from other European nations, provides a snapshot of existing hurdles for the co-op sector, and offers policy recommendations for advancing this sector.

The report outlines the economic benefits of economies with healthy co-operative sectors. It cites statistics showing that co-ops have a 25 percent higher chance of surviving their first three years of operation than conventional businesses. They also have lower staff turnover and  lower pay inequality. The report notes that "the five largest co-operatives paid 50 percent more corporate tax than Amazon, Facebook, Apple, eBay and Starbucks combined." In 2017, the U.K. had approximately 6,000 co-ops with 13.6 million members — lagging well behind most other OECD countries, according to the report. Meanwhile, workers in the U.K. have seen wages stagnate for 150 years and any economic growth has mainly benefitted a very small portion of the population, the report notes.

Yet "Co-Operatives Unleashed" stops short of advocating for co-ops as a total replacement for traditional businesses, and acknowledges that co-ops can face issues regarding scaling and may not be suited for "sectors involving high capital intensity… due to the higher cost and risks that members would bear." Rather, the report advocates that co-ops should function as complement to traditional businesses. "When you look at the UK economy in light of Brexit and the challenges faced in the U.K. economy, a lot of those problems are symptoms for the fact that in the U.K. there isn't a strong enough mix of different types of ownership," says Ben West, communications officer with the UK Co-operative Party.

The UK Co-operative Party was founded a little over a century ago in 1917. A decade later it entered into an electoral pact with the Labour Party, agreeing not to run candidates against each other and sometimes running joint candidates under the Labour and Co-operative banner, says West.

Under this alliance, the 2017 Labour Party Manifesto contained the express commitment "to double the size of the co-operative sector in the UK," the detailed strategy of which is laid out in this report. Though Labour Party, led by Jeremy Corbyn, is currently the opposition, "this piece of work is saying that if a future government of whatever party wanted to take on that commitment and make it happen, [these] would the steps be in order to actually deliver that," West says.

It is noted in the report that the governments of counties with highly-developed cooperative sectors are obligated to recognize and promote co-operative businesses just as they would traditional enterprises — and that the same practices should be adopted in the U.K.

"When you look at other European countries, within their economies, a lot of their success is that there's a really broad mix of different ownership types," West says, citing the German energy and banking sectors specifically, where there is a mix of municipal entities, private firms, and socially-owned cooperatives.

The report puts forth a specific strategy of five interlocking steps for achieving this goal in the given timeframe:

1. A new legal framework for co-operatives

2. Finance that serves the co-operative agenda

Another strategy involves legally formalizing the ability for employees to buy existing businesses and transform them into co-ops. According to figures in the report, there are approximately 120,000 family-run small and medium enterprises that will undergo an ownership transfer in the next three years. If only 5 percent of those businesses transition into some form of co-operative model, the U.K.'s cooperative sector would double in size. As such, one of the strategies involves streamlining this type of transition.

Other policy recommendations in the report include technical support and information sharing for the sector, tax advantages for cooperative businesses, and the establishment of a National Investment Bank with "a mandate to supply patient risk capital specifically to the co-operative mutual and social enterprise sector."

The strategy is multifaceted and ambitious, but the goal is for it to take place gradually over the next twelve years. "The mission now is as it was in the beginning: to stand up for the interests of the co-operatives that exist in the U.K., where there are laws that are holding back their expansion," West says. "We want to create a favorable environment for cooperatives."

The full report is available here.

Header image is screenshot from the report.