Top Down or Bottom Up Leadership? Both! - Shareable
Skip to content 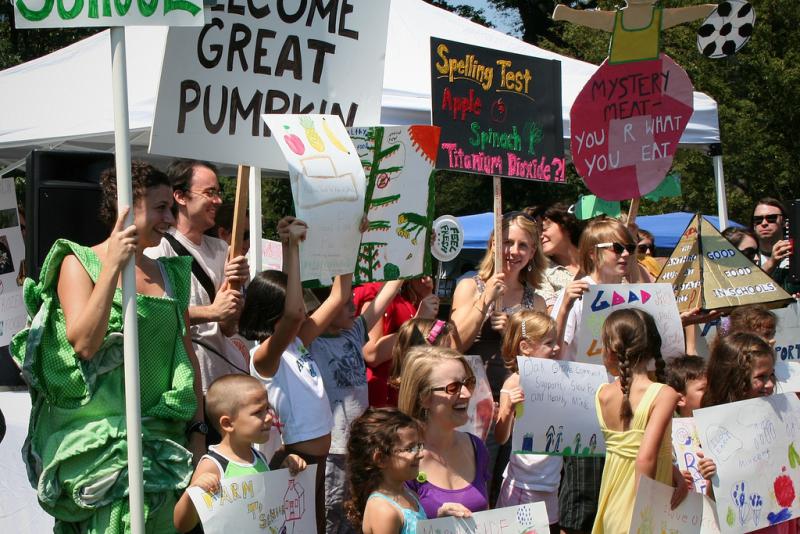 There’s a lot of debate about whether strong leadership from the top or powerful grass roots initiatives from the bottom are what are needed to move our cities forward. I happen to think there are examples on both sides.

Clearly, a strong leader with a vision and a range of skills needed to get things done can really be a catalyst for transformation. On the other hand, much neighborhood revitalization has come from bottoms up activities of people who more or less acted independently of the government or civic leadership.

But while either model can succeed, the best situation by far is to be able to combine strong grass roots with strong top level leadership. When it works, it’s magic. And too often when one element is missing, it vitiates the good work of the other.

Consider the large and high quality change in transportation and public space design that’s happened in New York. New York came out of nowhere to basically displace Portland as the poster child for transportation innovation in America. Who gets the credit? Well, you have to give big credit to Mayor Bloomberg and DOT Commissioner Janette Sadik-Khan. That’s a powerful combo that has a vision of what they want to accomplish and the ability to get it done.

But I don’t think it is any accident that New York is also home to Streetsblog/Streetfilms, America’s premier livable streets advocacy organization. So you’ve got to give Aaron Naparstek and Clarence Eckerson some credit for this too, along with other activist groups and leaders. (The Street* empire is funded by a hedge fund millionaire, but in New York, that’s still grass roots!). They played a huge role in educating the public, building public demand, and keeping the pressure on the city for better. On another front, it was also a grass roots initiative, combined with active city buy-in, that led to the creation of the stupendous High Line.

Now, these two sides don’t always agree. Streetsblog and Streetfilms are about strident activism for better street and public space design in New York. They are not afraid to get in the face of city agencies when they feel it is necessary. Similarly, the city deals in a constrained world, not a utopia, and has to make compromises and balance other objectives at times. The two don’t always see eye to eye.

But that’s a healthy tension. There’s a difference between a robust, engaged grass roots and obstructionism, partisanship, or other types of destructive behaviors. As a consultant, I have always believed that the best results come from a strong consulting team, with real insight and their own point of view, working for a strong, demanding, talented client. It can make for some tense moments at times, but that’s when the best business value is often delivered, and really, really ambitious things get pulled off. I think NYC’s leadership recognizes this, which is one reason why Sadik-Khan praised the Street* crew in a recent speech:

The advocacy community has been instrumental in getting us where we are today. There’s absolutely no question that groups like Transportation Alternatives, folks like Clarence at Streetsblog and Streetfilms, all those kinds of people worked hard at the hard business of change, day in, day out. That’s the hard work. And that really set the table for people having a different view and having a different conversation.

Contrast NYC with Chicago, arguably America’s greatest top-down success story. With rare exceptions like Millennium Park, New York is far better than Chicago in terms of innovation and quality of design in streets and public space. Chicago has strong leadership, but no effective, independent grass roots or bottoms up advocacy – certainly none that is willing to stick its neck out and challenge the city. As good as Mayor Daley might be, he can’t have all the ideas himself. As a result, quality has suffered – the city’s streetscape designs are epically banal, for example – and Chicago has basically embraced the role of fast follower, such as by hiring the same firm that designed the High Line to create a local copy called the Bloomingdale Trail.

And many cities alas don’t have a strong, good leader. Getting one seems to be a crap shoot. That’s why if you have to dispense with one or the other, you’re probably better off having strong grass roots change. In a large city, your odds of having motivated citizens who’ll get out and make something happen are a lot higher than that you’ll elect the next Mayor Daley. And when hopefully good leadership does come along, they’ll have something in place to work with.

Aaron M. Renn is an urban affairs analyst based in Chicago and author of The Urbanophile, where this article originally appeared.