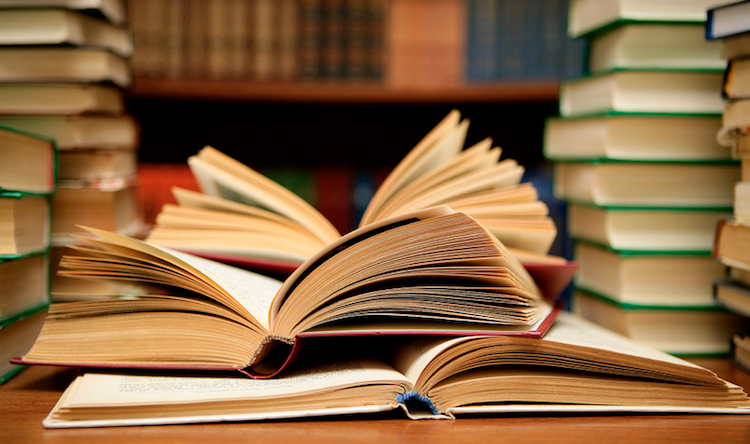 Whether you’re in the Northern hemisphere, cozied down for a long winter’s night or in the Southern hemisphere, enjoying the sunshine, there’s always time for a good read and we’ve rounded up the top 15 new sharing movement books (plus two bonus books). Topics covered include the power of cities to create positive change; a living, utopian experiment in Spain; how to achieve personal happiness and fulfillment; transparency in government; the maker movement; urban farming; and how sharing is good…and good for us.

Several of the books here are offered as premiums for Shareable’s crowdfunder to build the Sharing Cities Network. Be sure to check it out.

The Village Against the World, by Dan Hancox (Verso): Marinaleda, a small town in Andalusia, Spain has, for the last 35 years, been a living experiment to create a utopia for its residents. Featuring affordable housing, collectively owned processing plants, work parties to keep neighborhoods clean, sporting events at the Che Guevara stadium and more, the town, led by mayor Juan Manuel Sánchez Gordillo, sits at the intersection between vision and reality and acts as a social petri dish for communal living. In The Village Against the World, British author Dan Hancox visits Marinaleda and reports back, in vivid detail, an insider’s view of this little collaborative town that could.

The Solution Revolution: How Business, Government, and Social Enterprises Are Teaming Up to Solve Society's Toughest Problems, by William D. Eggers and Paul Macmillan (Harvard Business Review Press): The world’s problems are too big for government to solve. That’s the notion at the heart of The Solution Revolution. In this book, authors William D. Eggers and Paul Macmillan argue that different sectors including business, government, social enterprises and philanthropic organizations must join forces and collaborate to address pressing issues such as climate change, world hunger, healthcare and crumbling infrastructure. This cross-industry, solutions approach to problem-solving has the potential to reinvent the world we live in and reorient us away from a culture of government dependency to one of participation and collaboration.

Sharing is Good: How to Save Money, Time and Resources through Collaborative Consumption, by Beth Buczynski (New Society Publishers): Written by Shareable contributor Beth Buczynski, Sharing is Good provides an overview of the collaborative consumption movement including its history and development, the benefits and challenges of a sharing lifestyle and the resources found around the world that make sharing safe, effective and fun. An accessible and straightforward invitation to join the sharing movement, Sharing is Good shows that this new economy of sharing and collaboration is for everyone; not just those who can afford solar panels and a Prius. Get Sharing is Good with a contribution to Shareable’s crowdfunding campaign to build a Sharing Cities Network.

A History of Future Cities, by Daniel Brook (W.W. Norton and Company): Are cities that pop up seemingly overnight, such as Dubai and Shenzhen, models for future cities or are they easy-come, easy-go experiments? In A History of Future Cities, author Daniel Brook travels to St. Petersburg, Shanghai and Mumbai, cities that were once pop-up, boom cities themselves to see what can be learned. Part history lesson, part exploration of modern culture, this book serves as both a reminder of where we've been and a glimpse into where we're going.

Beyond Transparency: an Open Data Anthology, edited by Brett Goldstein (Code for America Press): Open data has the potential to transform civic life as we know it. Code for America, a leader in the push for more transparent, open and connected cities, recently released Beyond Transparency: an Open Data Anthology. A "survey of the open data landscape" and those working to further it, Beyond Transparency examines numerous open projects and practitioners and shines a light on the open data movement's vast transformative potential.

Share Or Die: Voices of the Get Lost Generation in the Age of Crisis, edited by Malcolm Harris with Neal Gorenflo (New Society Publishers): An anthology of writings by young people, Share Or Die explores some of the biggest challenges facing the millennial generation, including student debt, unemployment and underemployment, the education crisis and career confusion. It also provides a glimpse into the lives of people who are choosing alternative routes to fulfillment. Entertaining, insightful, sobering and hopeful, Share Or Die spotlights the vast potential being wasted as college graduates are forced to take whatever jobs they can find; laying their talents and passions aside in the interest of paying down debt, and staying financially afloat.

Social: Why Our Brain Are Wired to Connect, by Matthew D. Lieberman (Crown): Neuroscience offers a very interesting glimpse into our humanness. For instance, researchers have found that our brain’s pleasure center is activated when we give and connect with others, rather than just acting in self-serving ways. In Social: Why Our Brains Are Wired to Connect, author Matthew D. Lieberman, a social psychologist, explores the frontiers of neuroscience where our perceptions and interactions produce the same responses as physical pleasure and pain. It also details out how this information can better inform educators, managers and the like.

Metropolitan Revolution: How Cities and Metros Are Fixing Our Broken Politics and Fragile Economy, by Bruce Katz and Jennifer Bradley (Brookings Institution Press): In The Metropolitan Revolution, Bruce Katz and Jennifer Bradley argue that cities and local municipalities are the drivers of progress in the twenty-first century. Tackling issues that the increasingly dysfunctional federal government is incapable of solving, or unwilling to take on, cities hold the vision, the people power, and the motivation to create innovative solutions to complex issues that affect communities large and small. In detailing examples from cities across the country, the authors paint a picture of a cohesive, connected movement of city leaders and citizens that are committed to solving global problems on a local scale.

If Mayors Ruled the World: Dysfunctional Nations, Rising Cities, by Benjamin Barber (Yale University Press): The cities movement is a common theme these days as more people discover the power of acting locally to positively affect our lives and communities. In If Mayors Ruled the World, author Benjamin Barber makes the case that mayors are in better position to make change than national governments. Facing overwhelming problems, national governments, rather than leading the charge for solutions, appear to be paralyzed. City leaders, on the other hand, are in the perfect position to devise and implement creative solutions to these problems. They see first hand what they’re working with, they can inspire action and involvement by their constituents, they have more freedom of movement than national governments, and they can implement solutions far faster than federal leaders can.

The Maker Movement Manifesto: Rules for Innovation in the New World of Crafters, Hackers and Tinkerers, by Mark Hatch (McGraw-Hill): The maker movement, with its philosophy that making and fixing your own things is more interesting, fun, innovative and economical than buying someone else’s, is in full swing. In The Maker Movement Manifesto, Mark Hatch, who co-founded TechShop, the “first, largest and most popular makerspace,” walks readers through the history and current status of the maker movement: how it began, what tools and technologies are now accessible to us, and where to find them. He also share stories of people who’ve successfully launched business with ideas and products that they’ve created and developed in makerspaces and makes the case that we are all makers; it’s just a matter of joining the movement.