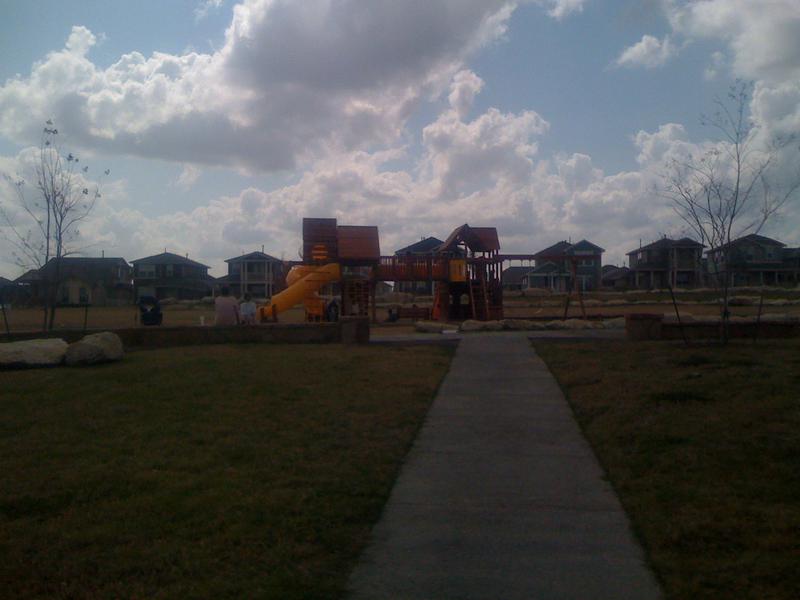 Back when I had a real job, we lived in a planned subdivision that was specifically designed to foster the feeling of community and car-free convenience. Out in exurbia, it was far enough away from city center that it discouraged all but the most determined of commuters. We moved there after our family grew by the addition of two more children, at the same time the apartment complex we occupied downtown suffered the fate of its neighbors and was converted to expensive condominiums. Based on my income level and the seemingly endless economic expansion, we knew we should buy a home but hesitated to commit before exploring our options more fully.

We scoured Craigslist for rental houses and put out feelers with everyone we knew north or south of the city. What we found in our price range were, without fail, located in shabby suburbs with high crime and troubled schools facing closures. It struck us that we were reconciling ourselves to suffering from the kinds of things that were supposed to be plagues of urban living, without any of the cultural benefits. Downtown had become a bastion of the moneyed, and though I was making a comfortable living as a self-employed sales exec, we could no longer afford the space needed for a family of five.

Complicating matters was the fact that we were a one-car family with a stay-at-home parent. I was on the road calling on accounts most of the time, while my husband stayed home to care for our three young children. Downtown living had suited us well, allowing as it did access to shopping, cultural events, and the kind of idle distractions that are sanity savers for otherwise isolated parents. However, after much desperate searching, we conceded that there was nothing remotely acceptable or affordable anywhere within city limits. We left the elementary school we loved, and grudgingly and sadly abandoned a neighborhood that had once been full of long-time city residents, now being forced out in turn.

I had a decent attitude about suburbia; like many children of the seventies and eighties, I was filled with good memories of the sort of freewheeling adventures kids concoct when left to their own devices. Sure I was an urban snob of the arugula-eating variety, but I had been lucky enough to spend many long years of my young-adulthood living in a few of America's most celebrated cities. One thing I knew as I approached middle age as a parent of three impressionable young souls: I didn't want to helicopter-parent them to death, something rampant at the tiny pocket playgrounds in our increasingly affluent city surroundings.

So after abandoning our efforts to find anything charming or safe or tolerable at all in suburbia, we drove further south past miles and miles of undeveloped acres and overgrown patches of wildflowers. Eventually, commercial districts began again, and we drove past one gloomy, treeless subdivision after another. When I had lost hope, we finally reached what would become our Valhalla. Sure, it was technically tract housing, but there was a distinctly retro flavor; the houses had shingles and window boxes and were painted in amusing sherbet pastels. White picket fences–plastic ones, but *still*–bordered each and every small lot, and every house was outfitted with a big and welcoming front porch.

There it was: our exurban paradise, on the far fringes outside of the deteriorating suburbs. Access was limited into the neighborhood, with only two or three unwalled entrances and a wide pristine arc of fenced golf course, marked "no trespassing." Busy rural thoroughfares bordered each edge of this encampment, a thousand houses strong. We drove through and I oohhh'ed and aaahhh'ed at their spotless (if slightly uninviting) new elementary school. I pointed excitedly at the three playgrounds (which oddly all had the exact same play structure installed, an amazingly damning detail I came to find.) There were no privacy fences in sight. There was even a tiny business park with a doctor's office, hair salon, and cafe. It was clear that every effort had been made to make this a new sort of subdivision: one that hearkened back to times when people could walk to market and school, where neighbors spent time in the evenings on their porches, chatting amiably with passers-by.

We moved into the new house over one long weekend. The streets were strangely empty, but as a longtime city dweller I was accustomed to the polite privacy people grant each other in close quarters. The emptiness, however, lingered. No one came to introduce themselves–but to be fair, we didn't go knocking on anyone's doors, either. Pristinely-manicured lawns contrasted with ours, which was already growing slightly wild. My husband and I spoke somewhat nervously about the unknown tyrant of the planned development: the HOA. We'd have to buy a lawnmower.

Things it was hard to miss, right away: most people drove their children the half-mile or less to the elementary school. There was never a single person sitting on any of the lovely front porches. We would sit out on ours, while the wind whipped through in that way that it does in rural Texas. We'd see the bright lights from the high school's football field, and against that, the dark silhouettes of oil derricks on the horizon. 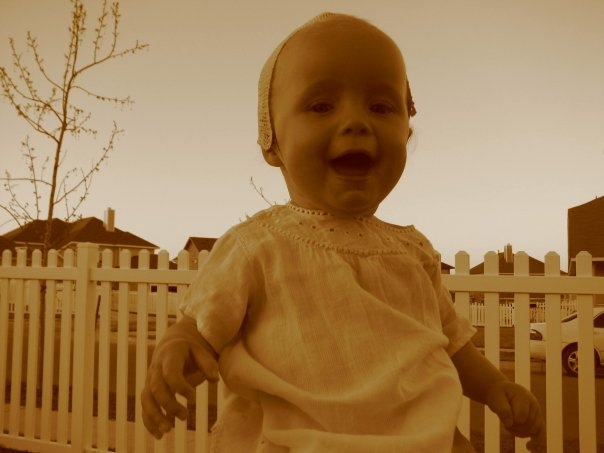 We were there for months, and we hadn't yet laid eyes on any of the neighbors on either side of us. When we were home, we often positioned ourselves on the couch that faced out the windows, and beckoned each other excitedly when a car slowed somewhere on the block. We theorized that maybe these sweet houses, so perfect as to be reminiscent of a movie set, housed super-secret meth labs, perfectly and expertly camouflaged. We marveled that we didn't know anyone's name on our block, and didn't even know where to take a letter that had been mis-delivered.

I know we couldn't have been the only family that took a daily constitutional on the three-mile perimeter that looped the neighborhood, but our forays were so utterly solitary it became downright spooky. The cafe was small, depressing, and also perpetually empty. What was this? The mailboxes were at the curb, we knew people had to walk at least that far. Without any privacy fences we could see into everyone's back yard, too, but I never spied a vegetable garden.

We hung coir baskets with ferns on the front porch, but they got decimated within days and turned into nests for aggressive bird families. This confounded us until we realized it was because the trees were all small and new, with pliable trunks and bright tender leaves. Nothing could rest on those limbs, no kids could climb them. And then we noticed there were no squirrels, either.

One day I tried to walk to the post office. After I made the circuitous exit from the development, I found myself pushing the double-stroller through knee-high nettles and brush on a busy street with no shoulder to speak of, with drivers slowing to ask if I needed help, and did I know this wasn't a safe street for walking? We never made the trek again, much less the two-mile journey that would have taken us to the nearest supermarket. To get there would involve crossing a ravine and concrete drainage ditch, as well as a wall of bramble and several sets of foreboding fences. 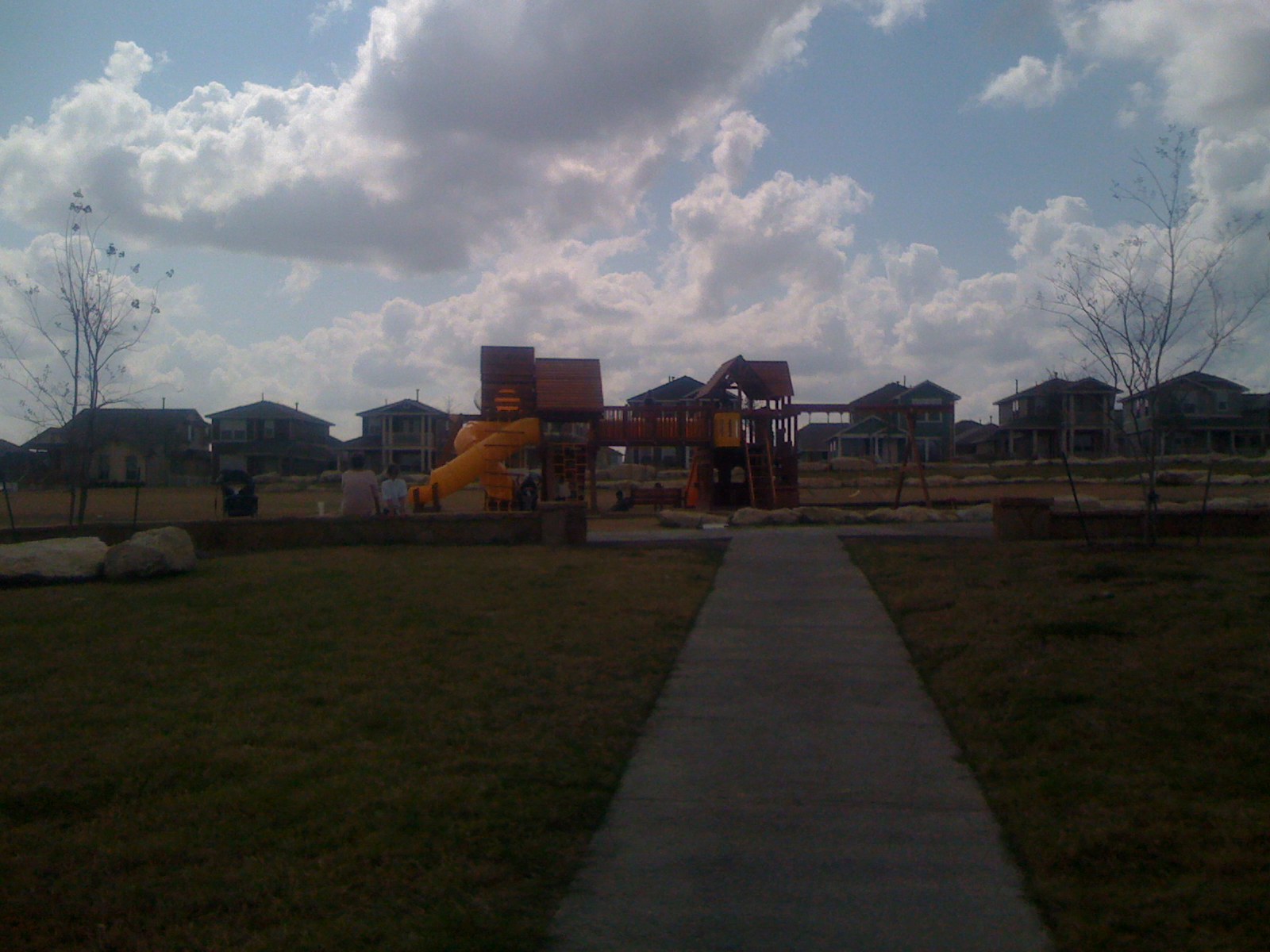 The children grew weary of the identical playgrounds.

For awhile, my husband and I couldn't quite make eye contact with each other when we talked about the move we had made. The dam finally broke when our oldest child came home and said kids were saying the president was the antichrist, and that the apocalypse was nigh. Then we began to acknowledge that mistakes had been made. We had wanted a place that would give us the things we valued from living center city, such as a vibrant pedestrian-level community. There were kind families there without a doubt, and over the course of the single year we spent there, we did eventually become casually friendly with a few. We always said "howdy" and smiled, as that is the Texas way, and we are nice people.

You know what happened eventually? We had the mother of all yard sales, packed up a UHaul, and drove cross-country to start fresh somewhere entirely new. This time, we picked a crumbling old house in the middle of a small city, across the street from Wild Bill the tattoo artist and Puma the reclusive hippie, next door to Carlos the eccentric fruit hoarder, and on the same block with a mortuary, a pawn shop, a little bodega, and a soup kitchen.Trucks and cars pass us as we sit on our shabby front porch, and swarthy homeless men walk past and ask for change. You can hear live music from the busy nearby park on summer nights. On the day we moved in, the single woman who lives two doors down pushed up her sleeves and went to work unloading the UHaul with us before we even found out her name.

Her name is Heidi. 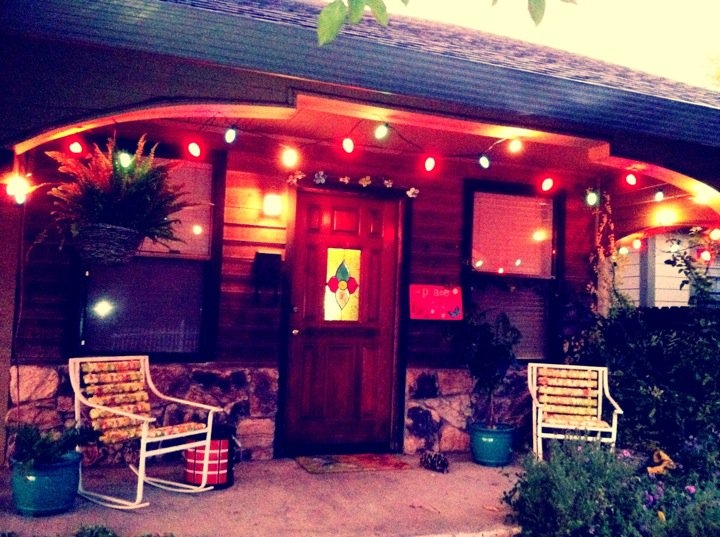